The US had 46 million rural or nonmetro residents in July 2019, unchanged from 2010. All US population growth between 2010 and 2019 was in urban or metro areas. The 16 percent rural poverty rate in 2018 was higher than the 13 percent urban poverty rate.

Almost two-thirds of the 3,143 US counties are nonmetro or rural, and most are in the Midwest and southeast.

Most of the 3,143 US counties are nonmetro (grey), and most are in the Midwest and southeast 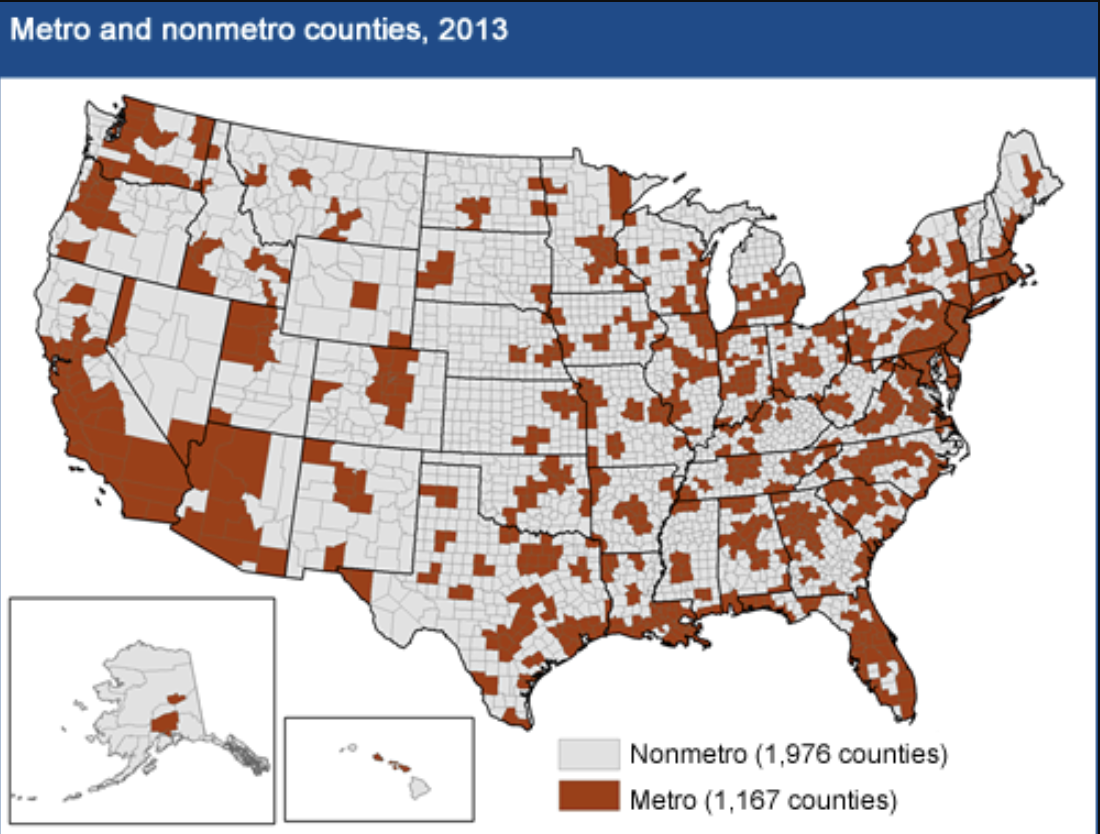 USDA classifies counties along a continuum based on their population and proximity to urban areas. The nonmetro counties with fewer than 2,500 residents and not adjacent to urban areas (red) are mostly in the Midwest, while the urban counties with over a million residents (green) are in areas with major cities. 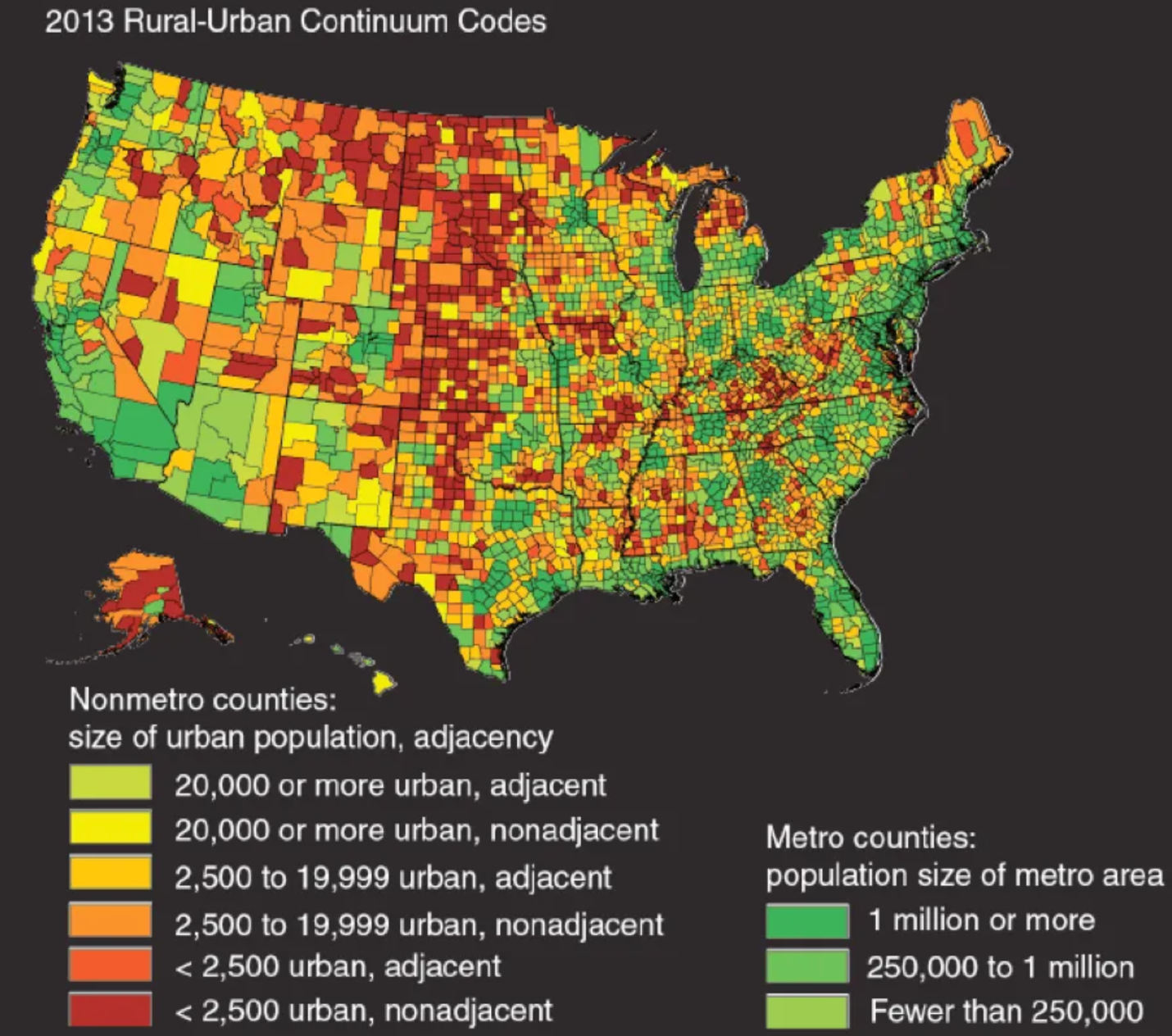