Over 90 percent of H-2A workers are from Mexico, and some work in Mexico's export oriented agriculture before coming to the US, sometimes to work for the same employer as they had in Mexico.

Figure 1. Jobs Certified to be filled with H-2A Workers: FY18 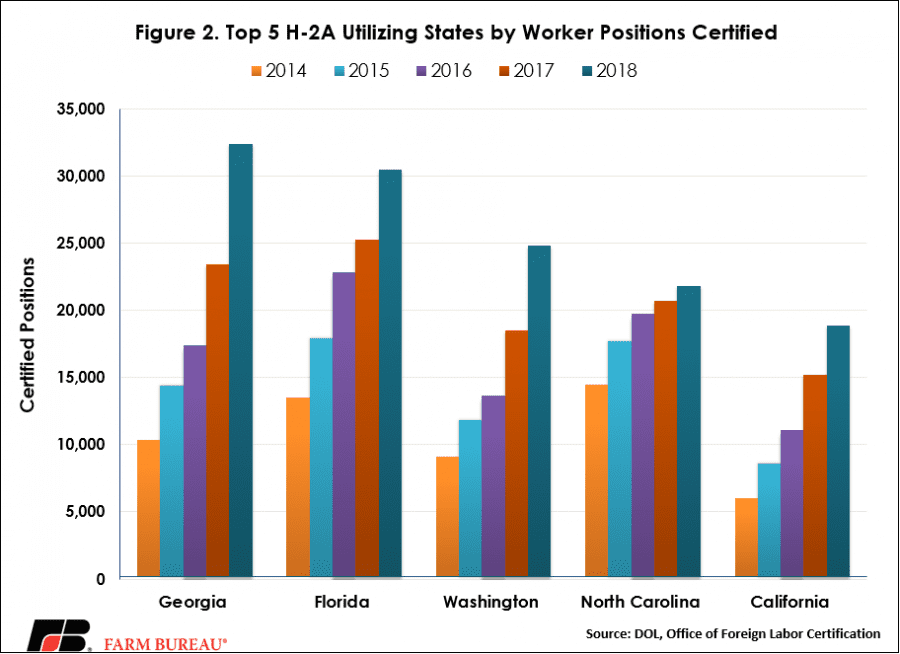 Figure 4 shows that most certifications were made in the second (January-March) and third (April-June) quarters of the federal fiscal year. Employers apply at least 45 days before their need date, so most H-2A workers are in the US between June and September. 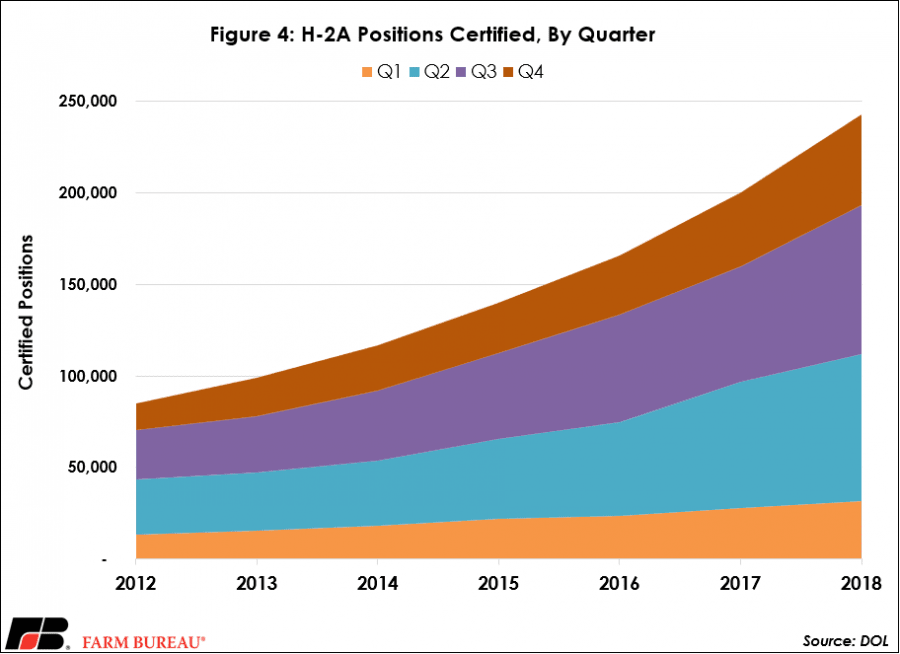 The H-2A program has since 1987 allowed farmers anticipating too few farm workers to apply for certification to employ guest workers. The H-2 program was created in the 1952 Immigration and Nationality Act and modified by the Immigration Reform and Control Act of 1986. Between the 1950s and the 1990s, most H-2/A workers were Jamaicans who hand cut sugar cane in Florida and picked apples along the eastern seaboard. The program has admitted mostly Mexicans since the 1990s.

DOL certifies farmer need for guest workers, DHS’s USCIS processes farmer applications for guest workers, and the US Department of State issues H-2A visas to foreigners that allow them to enter and work on US farms. These three federal agencies approve over 95 percent of employer applications, but the H-2A program is often criticized as inflexible, bureaucratic, and expensive.

Farm employers must satisfy three major requirements to be certified to employ H-2A guest workers. First, they must try and fail to recruit US workers beginning 45 days before their date of need for workers. Second, farmers must offer H-2A guest workers and out-of-area US workers free and approved housing. Third, farmers must pay the Adverse Effect Wage Rate, which is the average hourly earnings of field and livestock workers reported to USDA by farm employers the previous year. The map below shows that AEWRs for 2018 ranged from $10.46 an hour in mountain states to $14,12 in the Pacific Northwest; AEWRs are above federal and state minimum wages.

Map 1. AEWRs or Minimum Wages for H-2A Workers (and US Workers Employed with H-2As) 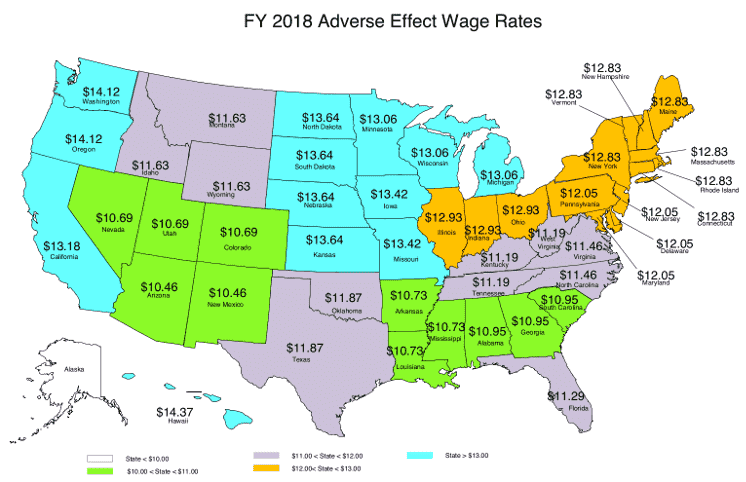 Farmers would like to end these H-2A recruitment, housing, and wage requirements, which would have occurred under the Senate’s Border Security, Economic Opportunity, and Immigration Modernization Act (S 744), approved by a 68-32 vote in June 2013 but not considered by the House.

Rep Bob Goodlatte (R-VA) in July 2018 introduced a revised Agricultural Guestworker (AG) and Legal Workforce Act (HR 6417). As with previous versions, farm and farm-related businesses offering seasonal and year-round jobs could hire up to 450,000 H-2C guest workers, including 40,000 in meat and poultry processing.

Guest workers returning to their previous employers would not count against the cap, and the cap could rise if employers requested all 450,000 visas. Since H-2C visas are valid for up to three years, there could be over 1.3 million H-2C guest workers in the US after three years.

AEWRs would be abolished. Instead, employers of H-2C guest workers would pay at least 115 percent of the federal or state minimum wage but would not have to provide guest workers with housing or transportation to the US. H-2C workers could change employers in the US, and employers must report those who leave within 72 hours. Employers would deposit 10 percent of H-2C wages in a trust fund that workers could receive from US consulates in their country of origin.

HR 6417 would require all US employers, including those who hire H-2C guest workers, to enroll in E-Verify.

Most national farm associations, including the AFBF, dairy associations and meatpackers, and WAFLA, support HR 6417. The Western Growers Association and growers who fear that currently unauthorized workers would not leave their spouses in the US and return to their home countries to re-enter as H-2C workers oppose HR 6417, as do most farm worker advocates.