The Census of Agriculture collected data on hired farm labor for 2017. Section 29 of the questionnaire asked farm operators to report how many directly hired workers worked on their operation for more and less than 150 days. Farmers also reported the total number of migrant workers, defined as foreign and domestic and direct hire and contract workers who could not return to their usual home because of work on the responding farm.

The direct-hire farm worker data highlight three items: most directly hired workers were on farms with 10 or more workers, most are employed on the responding farm for less than 150 days, and California has 20 percent of the largest US farm employers.

Hired farm labor data are reported in Table 7 of the COA. Some 513,100 US farm employers reported 2.4 million workers hired directly, which is about twice the average employment in US agriculture, suggesting about two unique workers for each year-round job. The 35,500 US farms that hired 10 or more workers directly, less than seven percent of all farm employers, hired almost 1.3 million workers or 52 percent of the total number of workers hired.

It is important to remember that the COA effectively counts farm jobs, not the number of unique workers employed sometime during the year. This means that a worker employed on several farms would be counted several times. 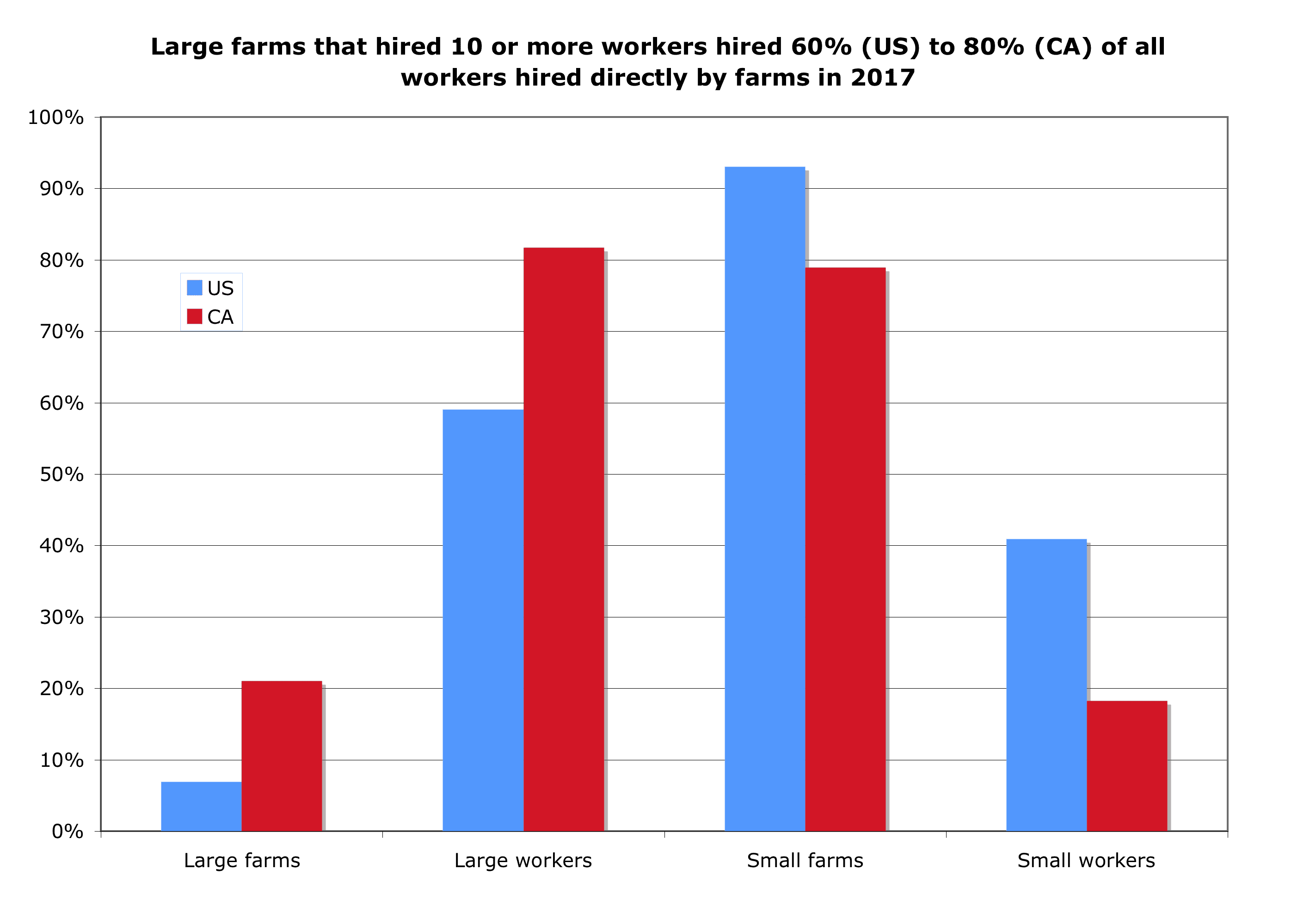 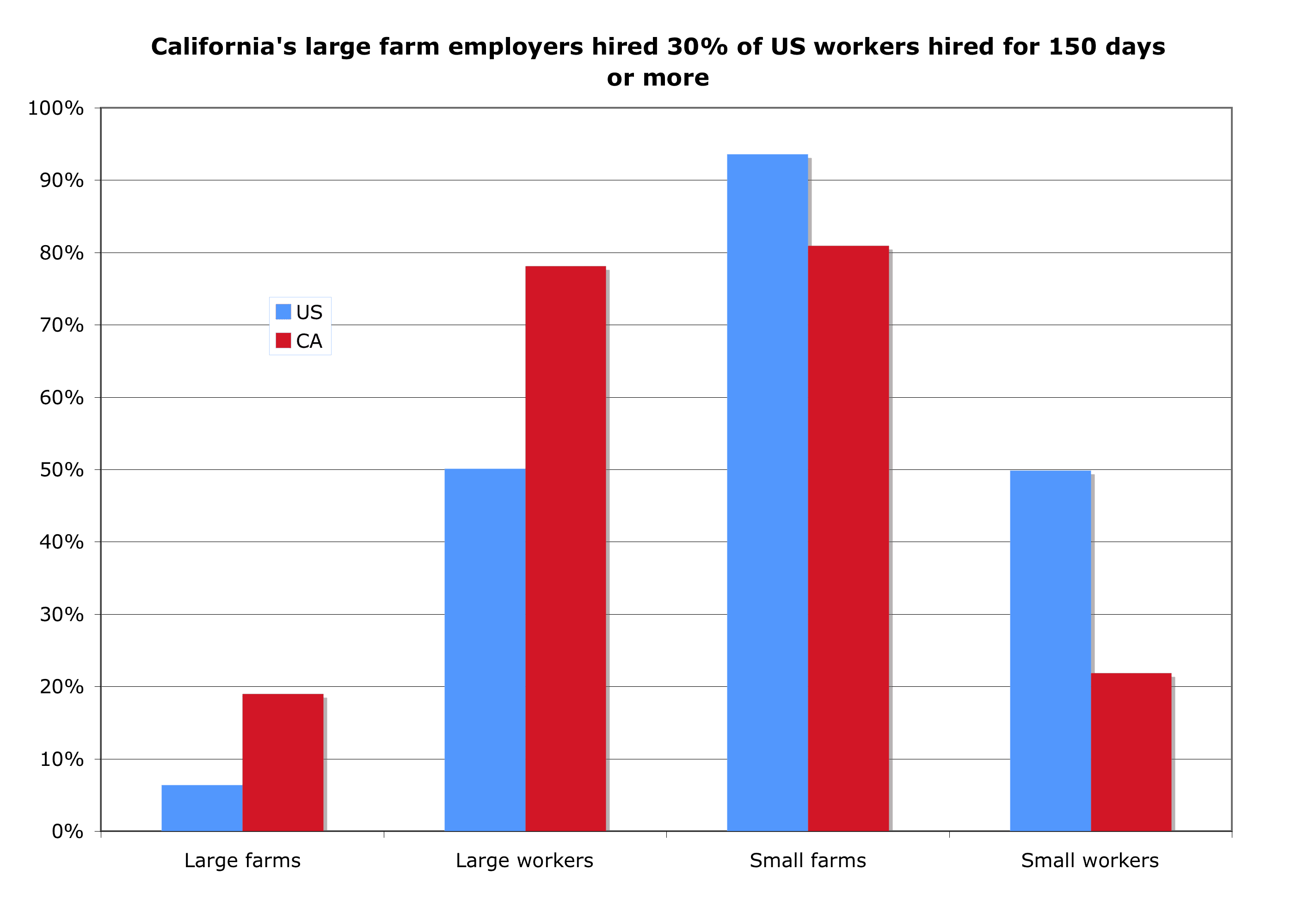