The Population Division of the UN Department of Economic and Social Affairs (DESA) reported that the number of international migrants rose by 51 million between 2010 and 2019, from 221 million to 272 million. Migrants were 3.5 percent of the world’s 7.7 billion people in 2019.

Half of international migrants are in 10 countries. The US has 51 million migrants or 19 percent of the total (the UN considers Puerto Ricans who have moved to the mainland to be international migrants), followed by Germany and Saudi Arabia, 13 million each, Russia, 12 million, the United Kingdom, 10 million, the United Arab Emirates, 9 million, France, Canada, and Australia, 8 million each, and Italy, 6 million.

A third of international migrants originate from ten countries, led by India with 18 million persons abroad and followed by Mexico with 12 million, China, 11 million, Russia, 10 million, and Syria, 8 million.

Gulf Oil Exporters, Australia, Canada, and Switzerland have some of the highest shares of migrants in their populations 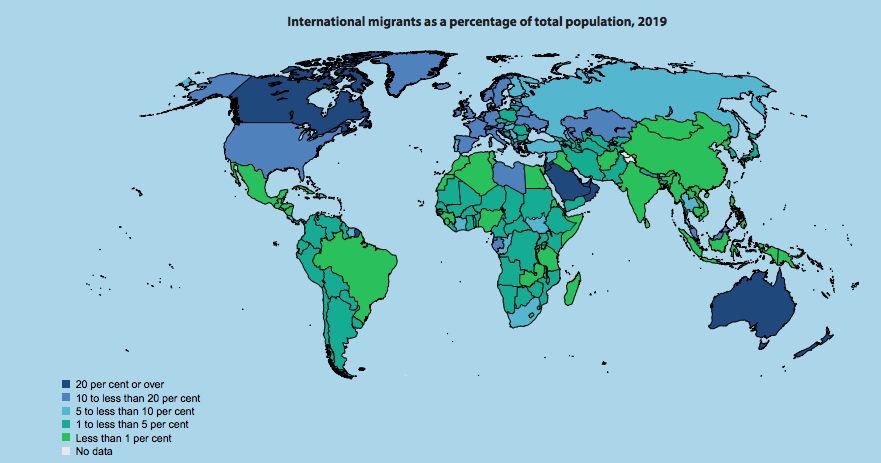 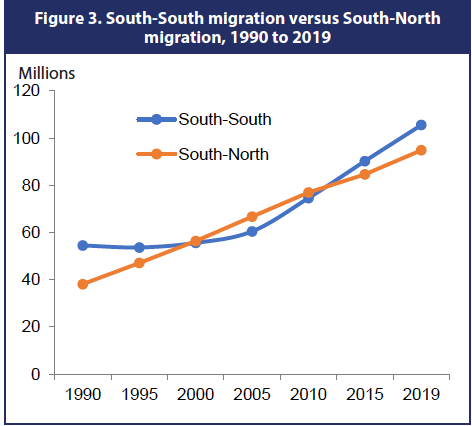 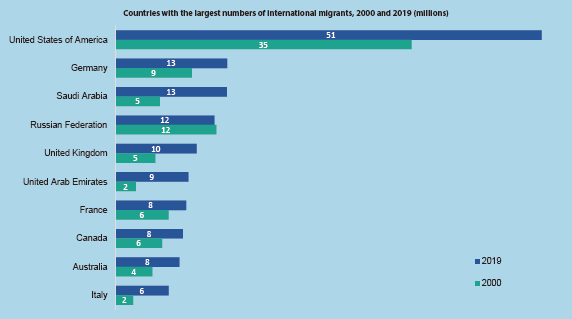