A tale of two states: farm labor in CA and FL

Florida had the most farm jobs certified to be filled with H-2A workers in FY19, 33,600, while California had 23,300 certified jobs. Each state had one of the five largest H-2A employers, FL’s Farm-Op Kuzzens H-2A and CA’s Fresh Harvest.

The wage hierarchy is also different. In CA, the highest weekly wages were for directly hired vegetable workers, over $800 a week in 2018, while in FL the highest weekly wages were for other postharvest crop support activities, over $600 a week. Greenhouse and nursery, fruit and nut, and FLC employees earned at least $100 a week more in CA than in FL. 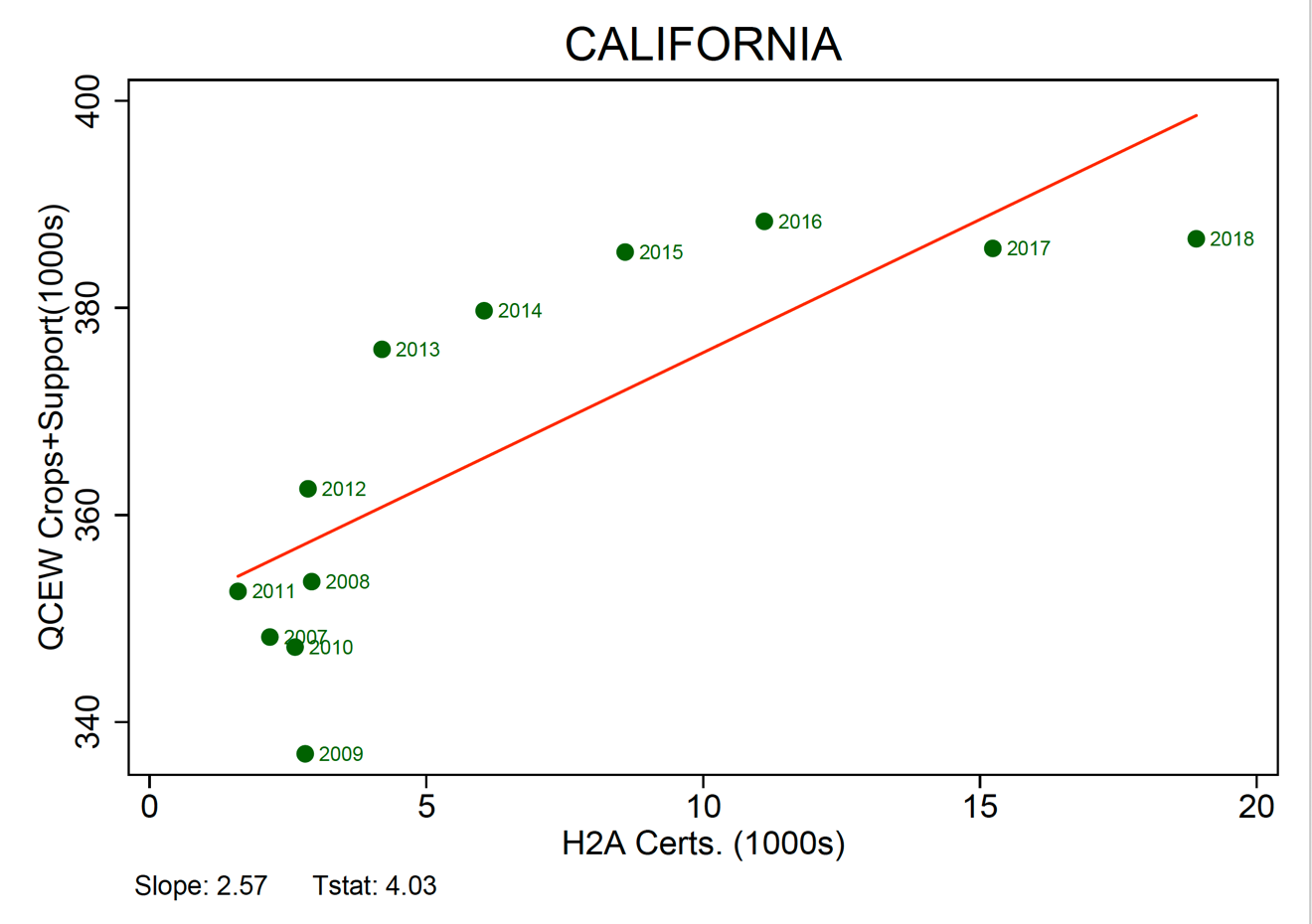 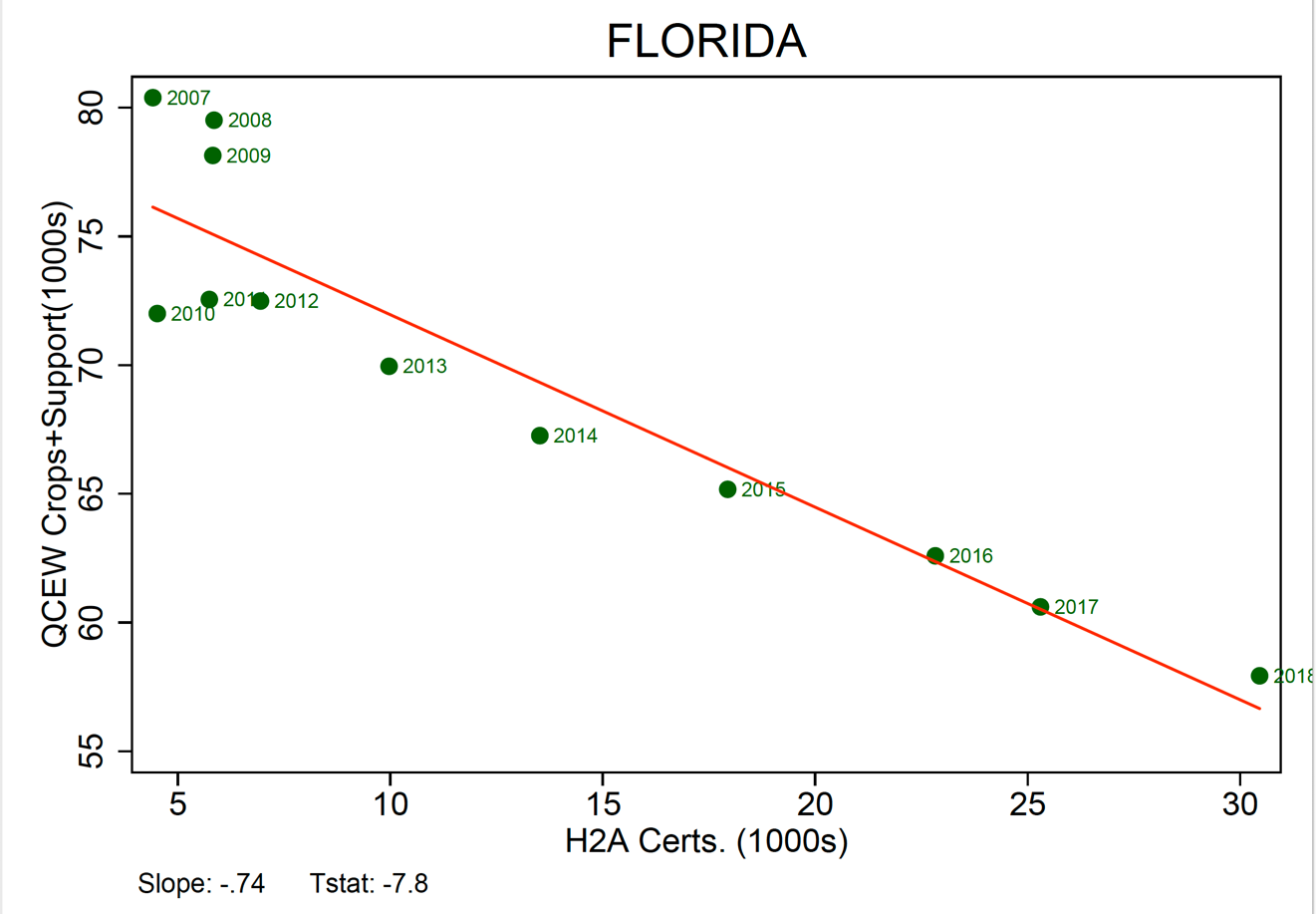