During the four decades between 1945 and the late 1980s, the number of farm operators and unpaid family workers fell faster than the number of hired workers. The hired worker share of average agricultural employment rose from less than a quarter to over a third.

Beginning in 1945, the Current Population Survey included a December supplement that asked if anyone in the household did farm work for wages during the year. USDA tabulated these data on hired farm workers in its Hired Farm Workforce reports.

The number of domestic migrant farm workers, defined by USDA as persons who crossed county lines and stayed away from a usual home at least one night to do farm work, peaked at 477,000 in 1959. The number of migrants dropped almost 20 percent before increasing to 466,000 in 1965 as farm employers recruited US workers after the end of the Bracero program. The share of US farm workers who were migrants peaked in 1965 at 15 percent.

The number of foreign guest workers peaked in 1956 at almost 460,000, and declined rapidly after 1964. Bracero data are admissions, so a worker returning year-after-year is counted each year that he returns. H-2 and H-2A data are the number of farm jobs certified by DOL to be filled with foreign workers. Certifications reached a low of 12,500 in 1972 before almost doubling to 22,600 in 1987. 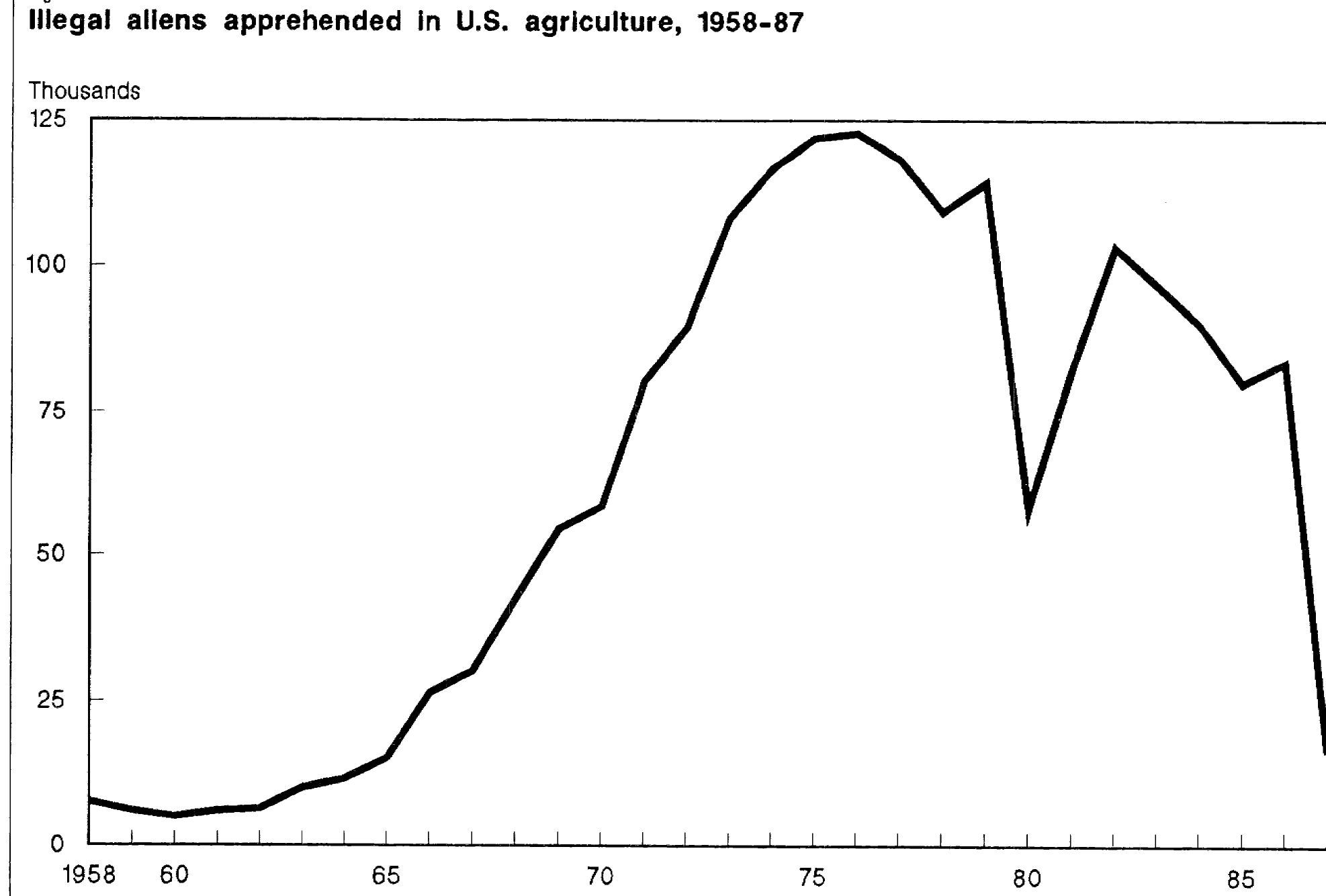