The UN’s Development Program has since 1990 issued an annual Human Development Report that explores a particular socioeconomic topic. The purpose of the HDR is to raise “awareness about human development around the world.”

The 2020 HDR highlights the need to deal with the impacts of human activities on natural systems. The HDR warns that humankind is on the cusp of a new global epoch, the Anthropocene or the era when human activities alter natural systems, perhaps irreversibly. The HDR calls for changing the trajectory of economic development to minimize the competition between the needs of people and the needs of the planet. 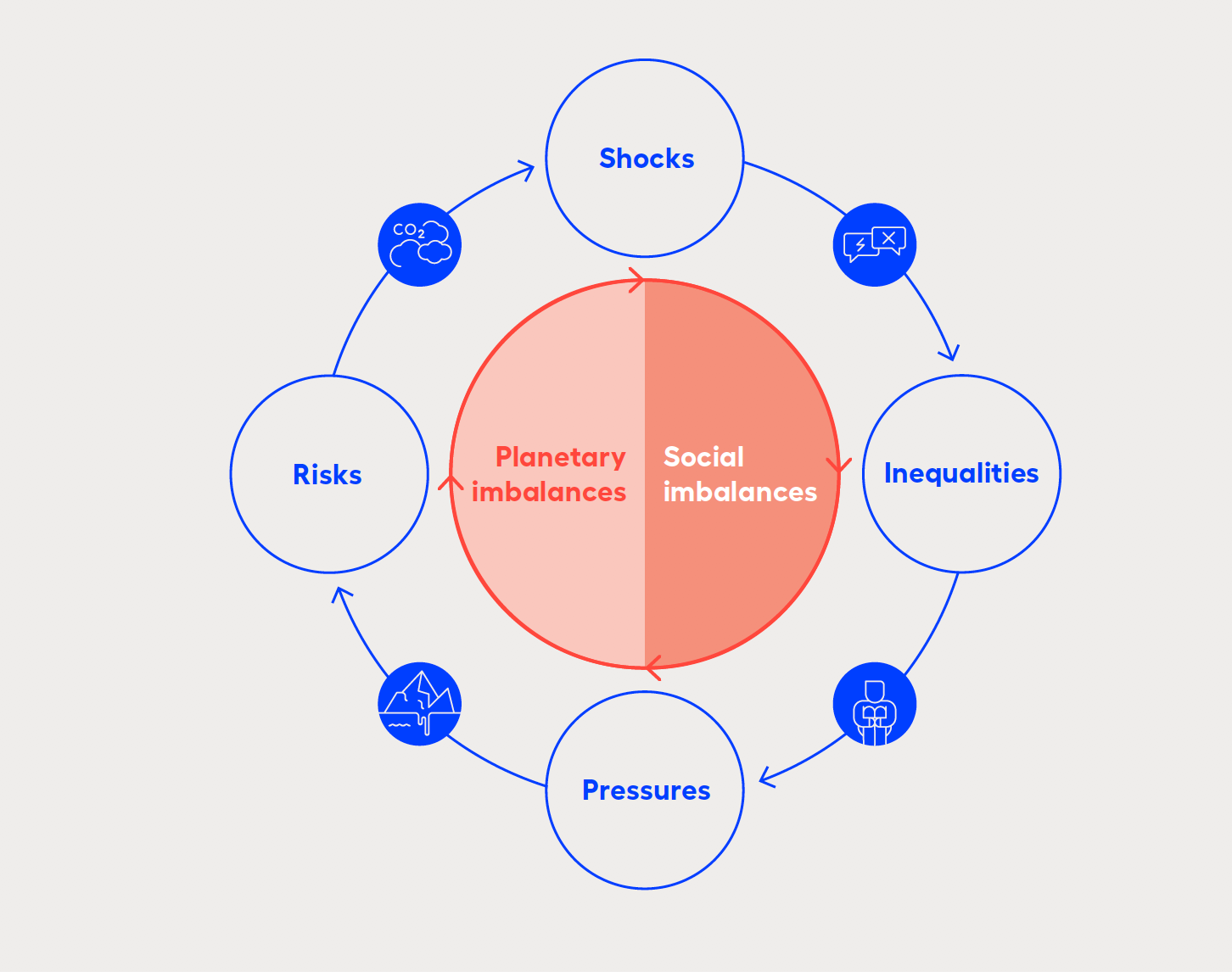 The current Holocene era began when the end of the ice age 12,000 years ago led to the rise of agriculture and civilization. During the Holocene era, humans adapted to nature. In the new Anthropocene era, human activities are reshaping nature.

One of the best-known features of the HDR is its Human Development Index, which assembles indicators of health, education, and income to rank countries. The HDR argues that the empty rectangle C in the figure below is where countries should be, with a high HDI and a low material footprint on the environment. In fact, high HDI countries are in rectangle B with high material footprints. If the developing countries now in rectangle A move to B as well, the natural world will be changed. 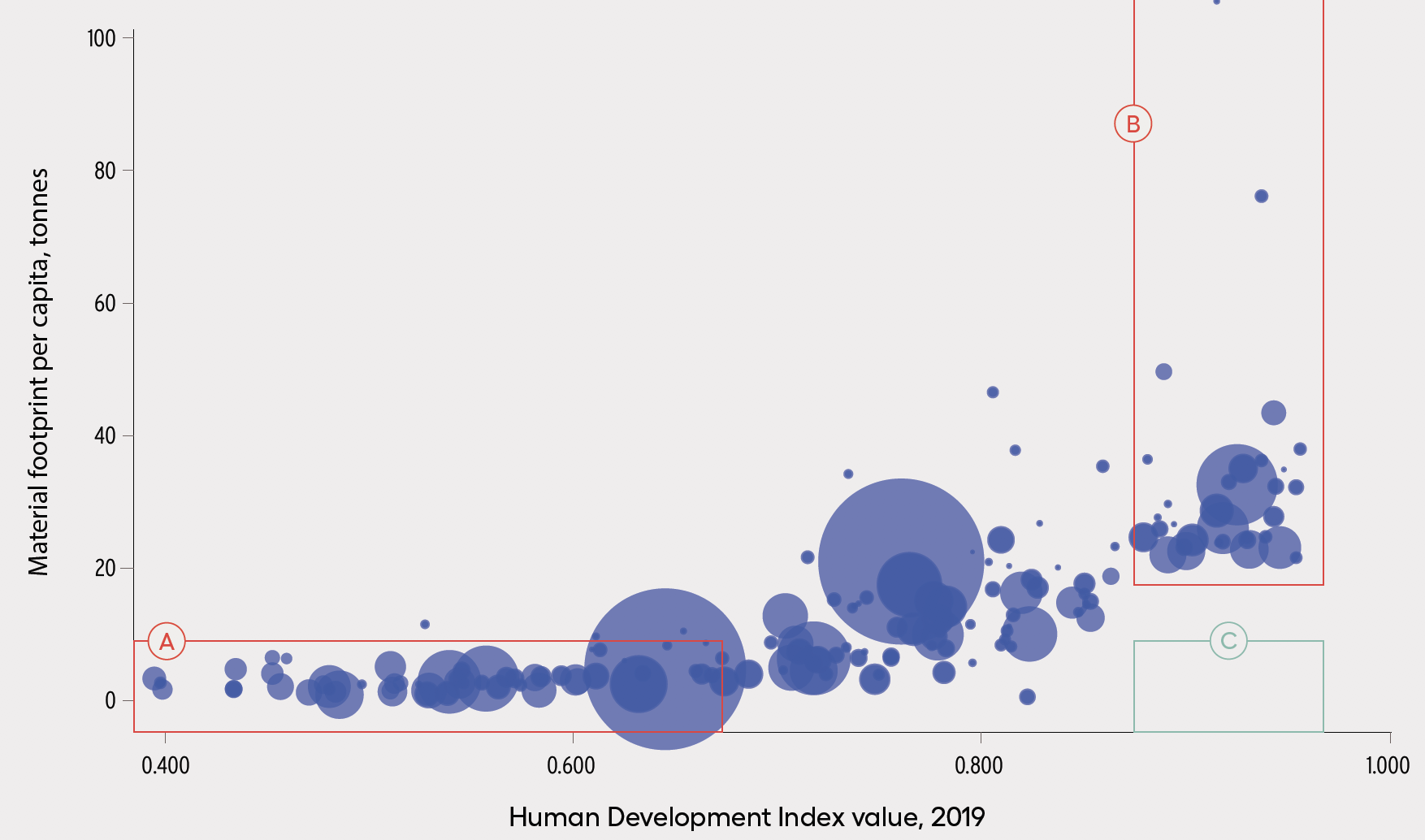 The 2020 HDR includes a Planetary-Pressures Adjusted HDI that eliminates over 50 countries from the very high human development group because of their dependence on fossil fuels and materials that alter natural systems. The richer countries with high HDIs (dark green) rank significantly lower on the PP HDI because of their greater impacts on natural systems. Note that countries whose ranking on the HDI is the same as their ranking on the PP HDI are on the 45-degree line. 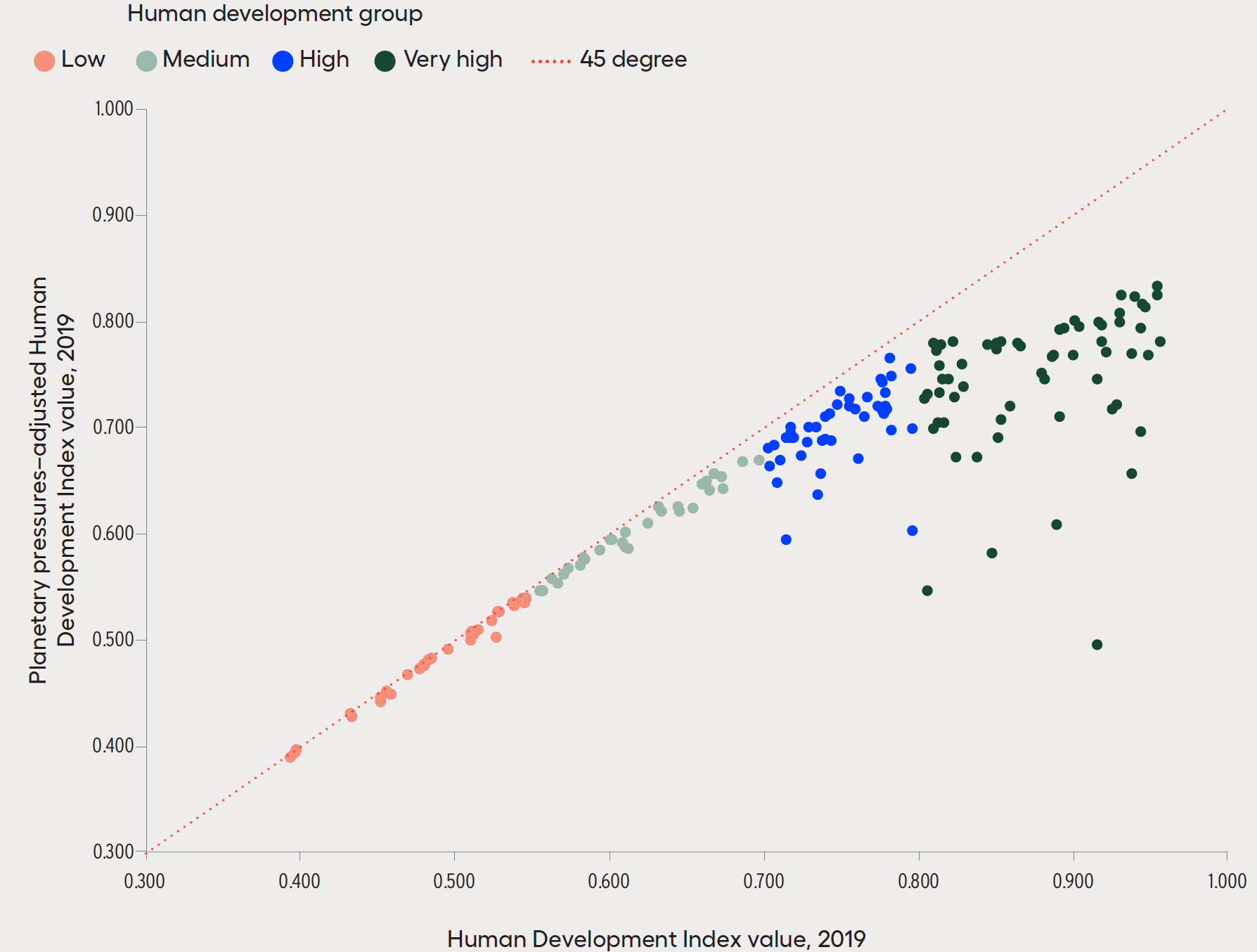 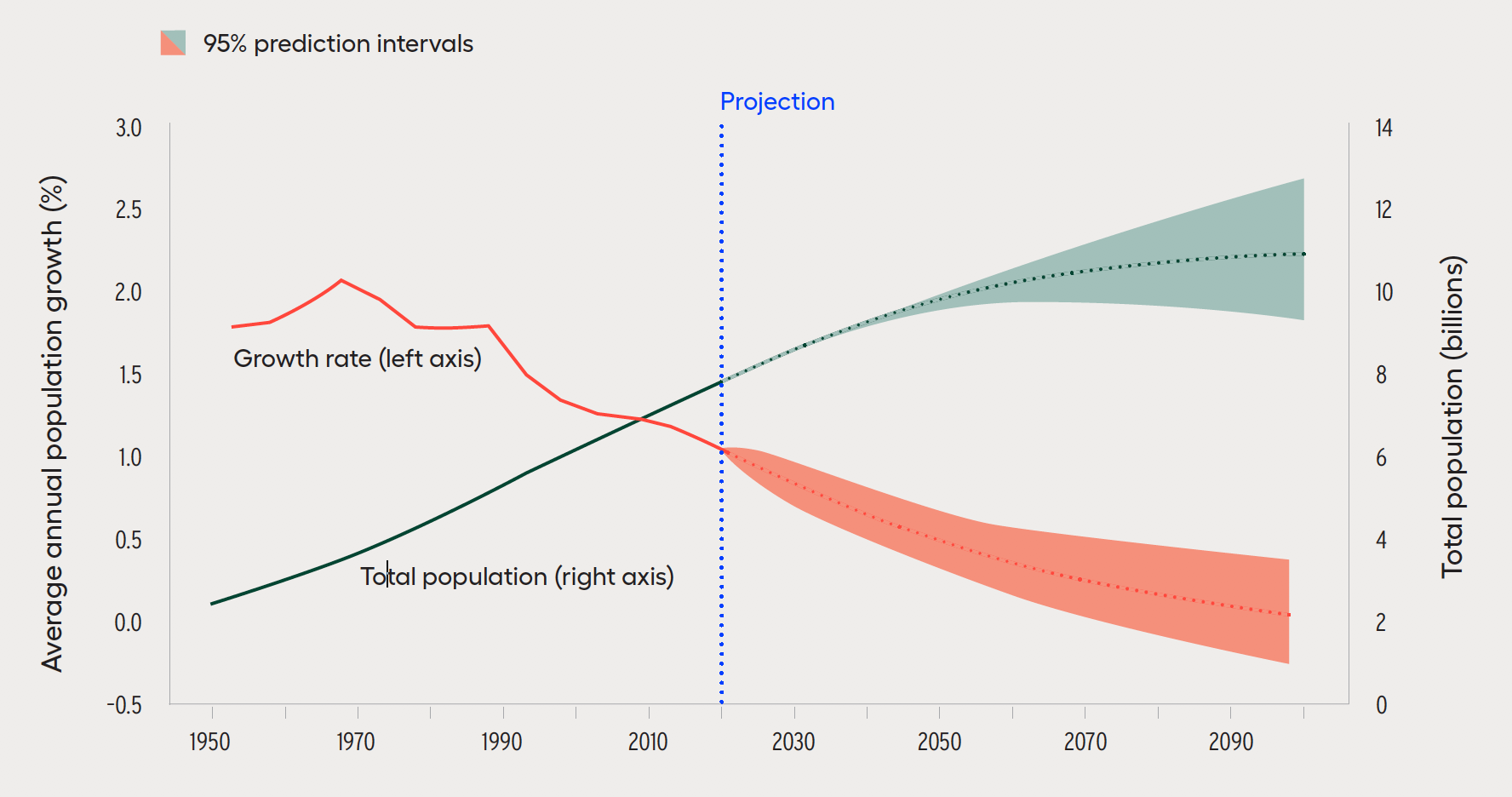 Change. HDR 2020 cites polls that suggest most people understand that human activities are changing natural systems. Most respondents agree that individuals should change behavior to reduce negative human impacts on the environment. The report calls on governments to subsidize sustainable policies by promoting the development of low-carbon power emitters such as renewables.

Mortality risks from climate change are highest in poorer countries 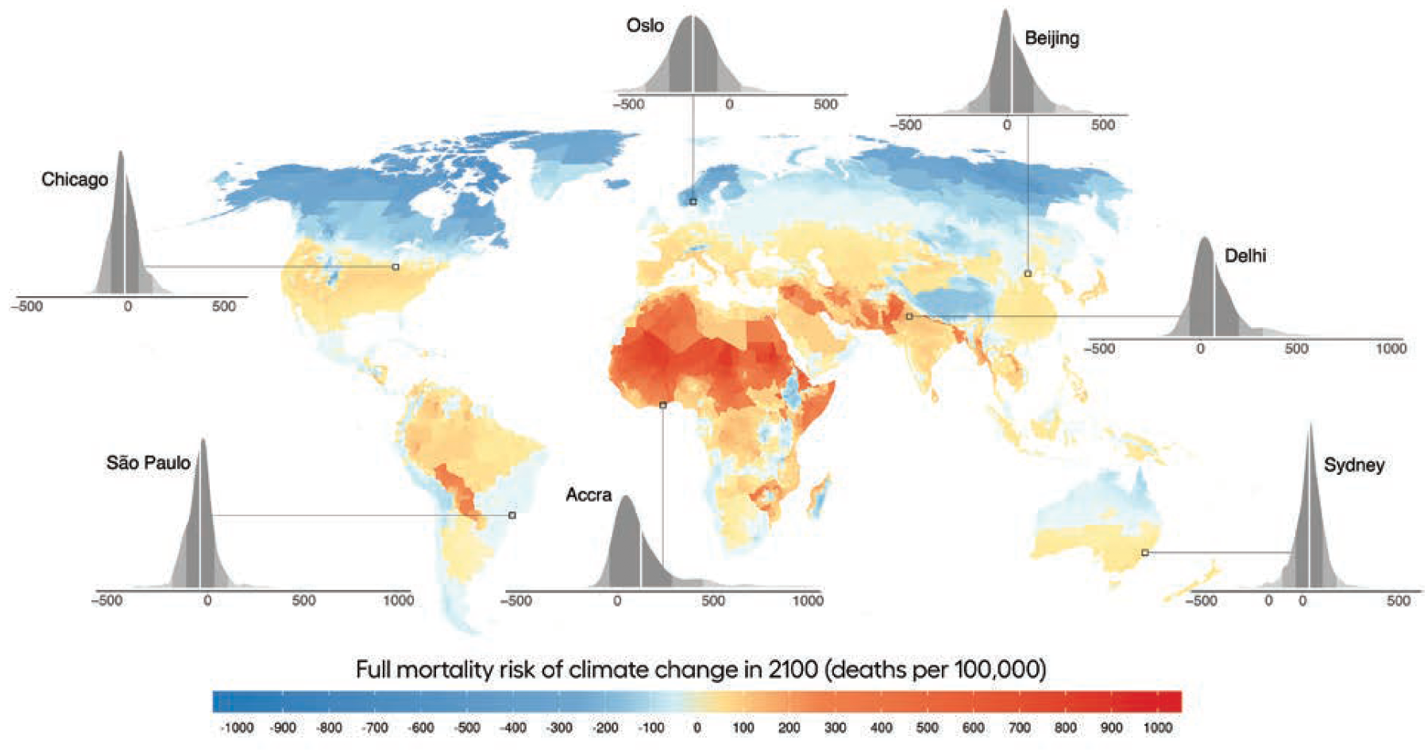 UNDP. 2020. The next frontier: Human development and the Anthropocene.