California has a third of US farm workers and state labor standards laws that provide more protection for farm workers than federal laws. An analysis of 787 state labor law compliance investigations of California farms between 2016 and 2019 found that three-fourths of the farms owed back wages to their employees, and that most did not pay the back wages that were assessed by 2019.

State Enforcement. California’s Labor Commissioner heads the Division of Labor Standards Enforcement (DLSE) that enforces state labor laws, including compliance with the state’s minimum wage of $14 an hour in 2021 for employers with 25 or more workers. Of the almost 600 agricultural employers who were found to owe back wages between 2016 and 2019, only 275 paid the back wages that were owed, while 314 had outstanding balances to pay in 2019. 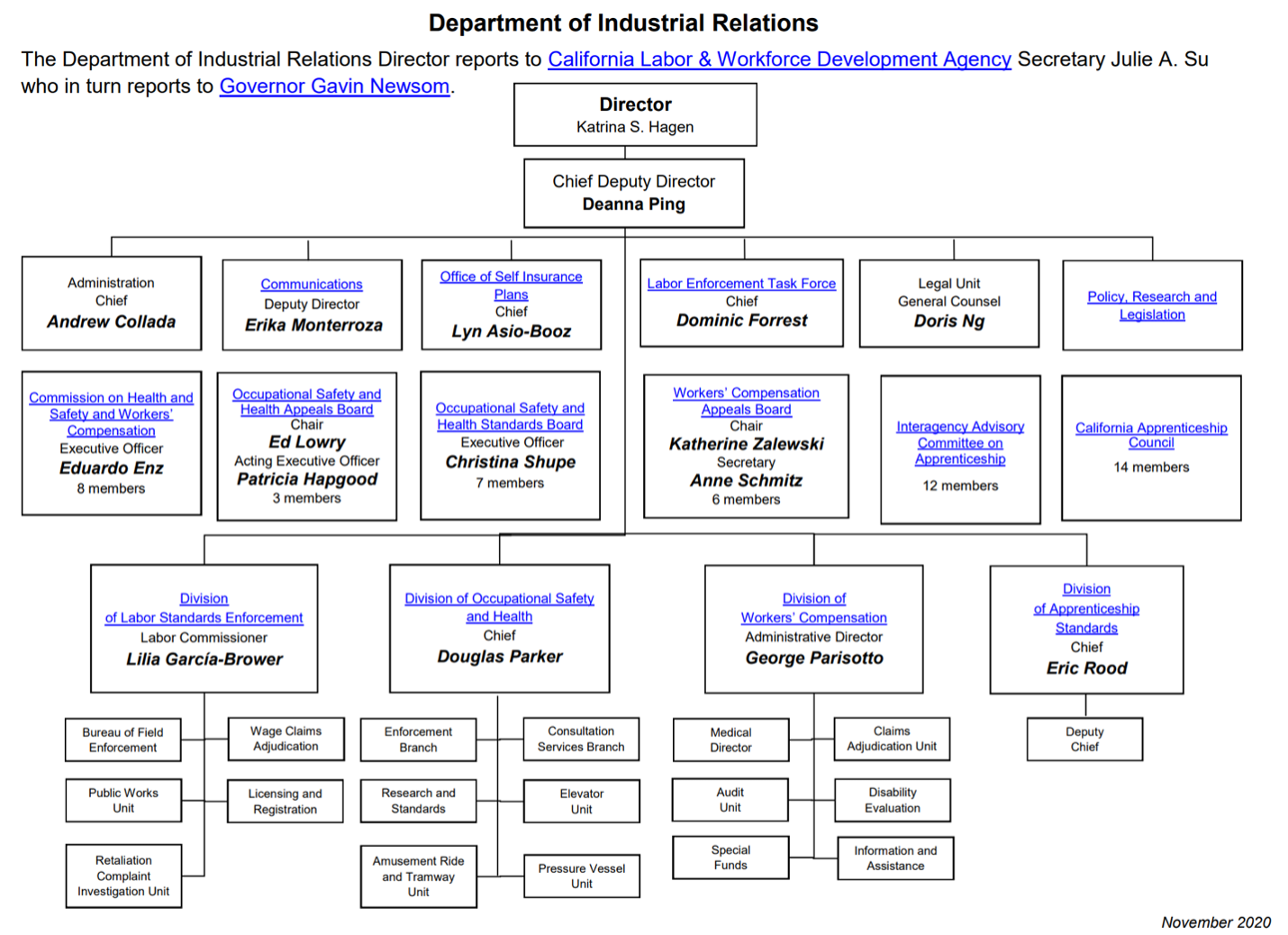 Forest Peterson of Stanford made a public records request for DLSE data, and received relatively complete data for FY16-17, 17-18, and 18-19. However, these data exclude information on private and district attorney lawsuits and other non-DLSE enforcement activities.

The analysis involved 6,600 lines of DLSE agricultural violation data, with each line representing a violation. Some 4,800 violations or three-fourths were deemed closed, including 2,500 or 38 percent that had no back wages owed. The 4,100 agricultural violations that were found resulted in orders to pay $9.8 million in back wages. Employers paid $1.8 million or 19 percent of these back-wage assessments by June 2019.

Kingsburg Apple Packers (Kingsburg Orchards), a tree fruit grower with 7,500 acres, had the most violations, 251, most of which appear to involve packing plants; the NAICS code (115114) is for the postharvest handling of crops and the violations deal with waiting time and meal and rest periods. Kingsburg was assessed $4,400 in back wages to its workers, but none were paid.

Ali Leafing in Selma, also NAICS code 115114 for postharvest handling, had 149 violations in summer 2016, with $214,000 in back wages owed and $2,800 paid. Many of the violations were for a failure to pay minimum wages, piece rate and record keeping violations, and failure to provide investigators with access to payroll records.

Esparza Enterprises, Inc, a farm labor contractor (FLC) in Bakersfield (115115), had 147 violations in 2015-16 for failure to pay minimum wages, waiting time, and overtime. Esparza provides workers to farms and warehouses, and is one of the 10 largest employers in Kern county. Esparza was assessed $62,500 in back wages and paid $30,800.

California had 100 horse farms in NAICS 112920 in 2018 with average employment of 400, but DLSE found many violations of labor laws. All of the 22 horse farms investigated had at least one violation of state labor laws, including Beverly J. Miler of Lincoln, who had the most violations.

The California Equine Retirement Foundation (CERF) in San Jacinto in Southern California lost its nonprofit status in 2017 and, after the DLSE investigation, animal control officers removed 40 retired racehorses from CERF in June 2019. Collectively, horse farms paid 10 percent of the back wages that were assessed, half of the 19 percent repayment rate.

All of horse farms investigated had violations of labor laws

Farm labor contractors. There were 1,400 FLC establishments registered with UI authorities that employed an average 147,600 workers for average wages of $500 a week in 2018. All of the 212 FLCs investigated by DLSE had at least one violation of state labor laws, including 38 that had one or two violations and two with over 100 violations, E. E. Hall (120) and Esparza Enterprises (147).

Bakersfield-based Esparza Enterprises paid half of the $62,000 in back wages assessed, while Kerman-based E.E. Hall paid almost 80 percent of the $59,000 in back wages that were assessed. Stockton-based FLC Miguel Angel Tafolla Jr. owed $141,000, the most back wages among FLCs, followed by FLC Jose Guillermo Arreola who owed $112,000. The federal WHD agency, which enforces federal labor laws, found that FLC Manuel Quezada of Orland owed over $130,000 in back wages, while DLSE found that Quezada owed $6,000 in back wages.

Perspective. California farm employers pay $40 million a day in wages, making back wage assessments of $10 million between 2016 and 2019 equivalent to one quarter of one day’s wages. A small number of bad apple employers account for most of the violations found and the back wages owed in particular commodities, so that the 10 employers with the most violations accounted for half or more of all violations in vineyards or dairies.

Many of the farm employers with the most labor law violations appear to have gone of business. DLSE enforcement data suggest that most of the top labor law violators are not agricultural leaders who might explain their violations and encourage others to comply.

A comprehensive analysis of two decades of federal WHD violation data emphasizes few investigations, about 100 a month for the 100,000+ farms registered with unemployment insurance agencies throughout the US and 500,000+ that report labor expenses to the Census of Agriculture. The major source of back wages owed and civil money penalties assessed has been the H-2A guest worker program over the past five years. Federal data repeat the bad-apple story, that is, the five percent of employers with the most violations in a commodity or area account for half to three-fourths of all violations.