Guest worker programs aim to add workers temporarily to the labor force without adding permanent residents to the population. Most countries have hire-local-workers-first policies, so they limit foreign workers to jobs that cannot be filled by local workers. Most 20th century programs were begun as temporary bridges to a future when guest workers would no longer be needed, as with Mexican Braceros in the US during WWII or Gastarbeiter in Germany in the 1960s.

Most governments have hire-local-workers first policies 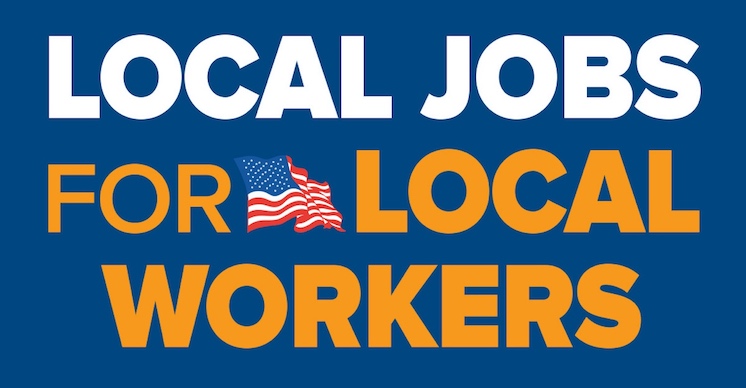 During the 20th century, most countries had one or only a few temporary worker programs, so that all stakeholders could fit in one room to discuss the employer job search and minimum wage requirements necessary to ensure that foreign workers were needed. Most guest workers were low skilled and in sectors that ranged from agriculture and construction to assembly line manufacturing and janitorial and other services.

Countries today have multiple guest worker programs, each with unique regulations, that complicate comparisons between them and evaluation of them. It has always been difficult to determine if guest workers are truly needed, and it is even harder to measure how opening legal channels to migrant workers affects irregular migration or economic development in migrant-sending areas.

Guest workers fill jobs at all rungs of the job ladder 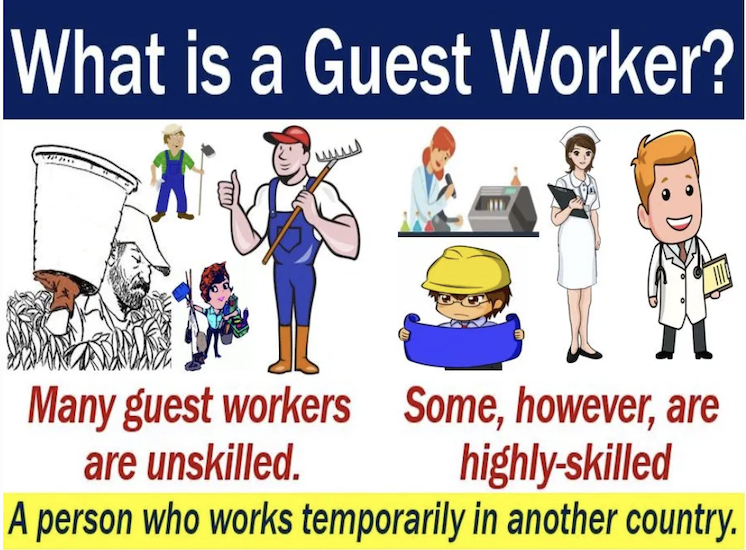 Some guest worker programs depend on feeder institutions not directly associated with the labor market. For example, universities act as gatekeepers for foreign students who are often allowed to stay and work after earning degrees, opening an entry door for which foreign students are willing to pay. Similarly, working holiday maker and exchange visitor programs create business for placement and travel agencies that help youth who want to work while in another country.

Temporary to permanent. The most common aphorism summarizing the guest worker experience is that “there is nothing more permanent than temporary workers.” Almost all guest worker programs began as small and temporary exceptions to “normal” immigration and labor policies, and became larger and lasted longer than expected.

There are many reasons for larger and longer programs. Many employers appreciate the loyalty and better attitudes of migrants, and prefer migrant to local workers. Current migrant employees can recruit friends and relatives, allowing social networks to take responsibility for recruitment and training in particular workplaces, industries, and occupations. Guest workers may change the language and culture of the workplace, as when required safety and other trainings for California farm workers are available only in Spanish.

Most guest workers are young and flexible, and many adjust to life abroad and want to stay. Swiss writer Max Frisch wrote, “We ask for workers. We got people.” The combination of employers who want to retain experienced workers and guest workers who want to stay encouraged governments to link migrant rights to length of stay, converting strictly guest or temporary worker policies into probationary immigration programs.

Most European governments allowed guest workers during the 1960s and 1970s to become permanent residents with the right to form or unify families after five years. The US Bracero program did not offer immigrant status, but Braceros soon learned to enter the US illegally, which saved them the cost of bribes in Mexico and their employers the cost of paying for worker transportation to the workplace.

Benefits and Costs. Economies are larger and grow faster with more workers, so economic theory predicts that admitting guest workers will expand economic output. The benefits of guest workers are immediate, concentrated and measurable, while their costs are delayed, diffused and hard to measure.

Guest workers fill vacant jobs, immediately earning wages and adding to output. These economic benefits are measurable in wages and GDP and are concentrated in the hands of migrants, their employers and complementary local workers, as when migrant farm workers who harvest crops create or preserve jobs for local workers who deliver crops to packing houses.

The costs of guest workers tend to be delayed until migrants settle and form or unite families. In “pure” guest worker programs, all migrants arrive without family members and are workers, and jobless migrants must leave. If employers provide housing for migrants, and employers and migrants pay taxes on migrant wages, non-migrants benefit as migrants pay more in taxes than they consume in tax-supported benefits. This fiscal balance can change as the migrant population changes to resemble the local population, adding children and the elderly who often receive tax-supported benefits.

These delayed migrant costs are often diffused and hard to measure. Migrants in employer-provided accommodations may be largely invisible to host populations, while those who move into regular housing and whose children attend local schools are much more visible. Interactions between migrants and local residents can be smooth or strained. When there are conflicts over issues that range from language to loyalty to religion, should they be considered costs of labor migration? If yes, how can such costs be measured and addressed?

Substitute for Irregular Migration. During the 20th century, guest worker programs were seen as benefitting migrants who earned higher wages and host country employers who got jobs filled. The development potential of labor migration for labor-sending countries was cited by some host-country policy makers, but the major emphasis was the win for migrants and the win for host countries, rather than a triple win that included labor-sending countries.

It is logically correct that a sufficiently large guest worker programs should substitute for some or all irregular migration. However, there may not be one-to-one substitution for many reasons, including the fact that the existence of guest worker programs may inspire more people to consider working abroad. If there are not enough options for legal labor migration, irregular migration may increase. The existence of remittance-built housing in migrant areas of origin sometimes may raise expectations and encourage more people to emigrate.

Many Mexican villages have remittance-built houses 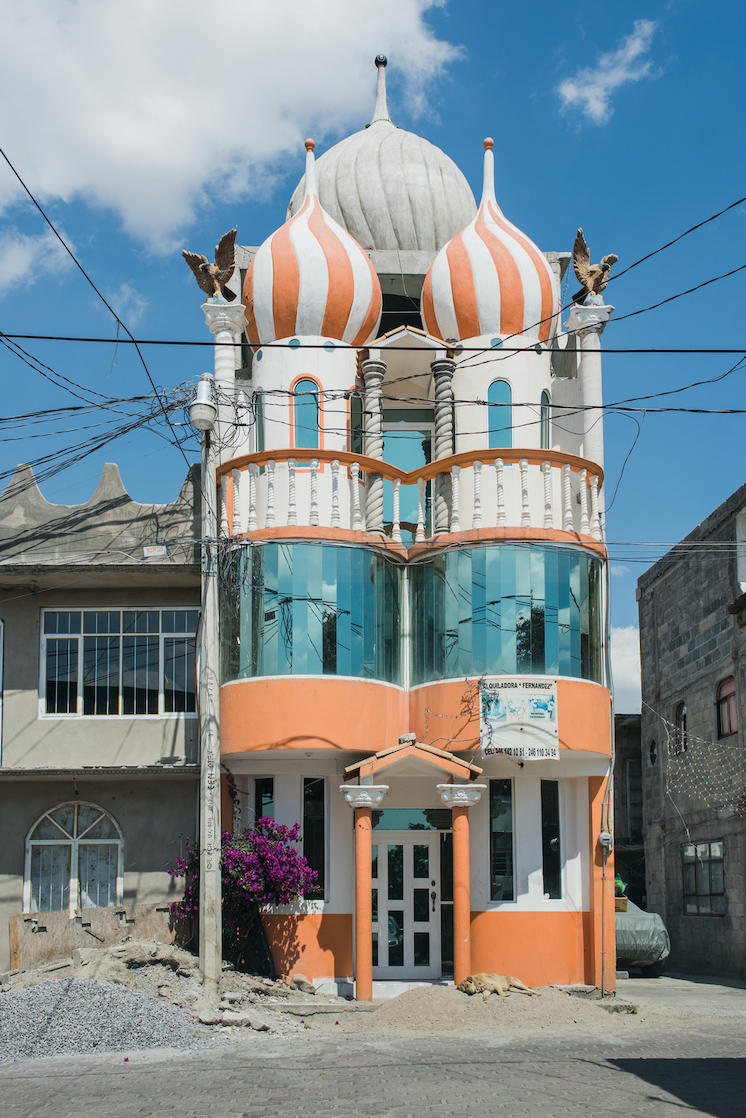 This addition rather than substitution effect occurred during the 1942-64 Mexico-US Bracero program. Over 22 years of legal labor migration, there were more apprehensions of Mexicans in the US, 5.3 million, than of Bracero admissions, 4.6 million. During the war years of 1943 and 1944, the number of Bracero admissions was two to four times the number of apprehensions, but the admission-apprehension ratio reversed in the late 1940s, when US farmers encouraged experienced Braceros to cross the border illegally so that they did not have to pay for transportation expenses and government fees.

Apprehensions were up to ten times higher than admissions from 1947 through 1955, when “Operation Wetback” removed over a million legal and unauthorized Mexicans and the US government made it easier to employ legal Braceros. Bracero admissions exceeded apprehensions by ten-to-one as the Bracero program wound down in the late 1950s and early 1960s, a period during which enforcement efforts were intensified.

Bracero admissions and apprehensions count events rather than unique individuals. An estimated one to two million Mexicans were Braceros over 22 years, and an unknown number of Mexicans were apprehended several times.