Three fourths of the world’s 7.8 billion people are 15 or older. The 5.8 billion adults consumed an average of just over a gallon or five bottles of wine in 2020.

Sales of many types of wine, especially premium wine and champagne, fell in 2020 as restaurants closed and weddings and other events were postponed. Wine consumption fell by a sixth in China in 2020, which reflected reduced consumption and better data.

World wine consumption was 234 million hectoliters or 6.2 billion gallons in 2020

World wine production was 260 million hectoliters or 6.9 billion gallons in 2020

Per capita wine consumption varies across countries. Persons 15 and older in Southern European countries such as France and Italy consume an average 50 liters or 13 gallons of wine a year, A gallon is five 750 ml bottles, so 13 gallons is 65 bottles or about five bottles a month. Americans who are 15+ drink an average 12 liters a year, which is 3.2 gallons or 16 bottles a year, slightly more than a bottle a month or half of the average wine consumption of British adults. 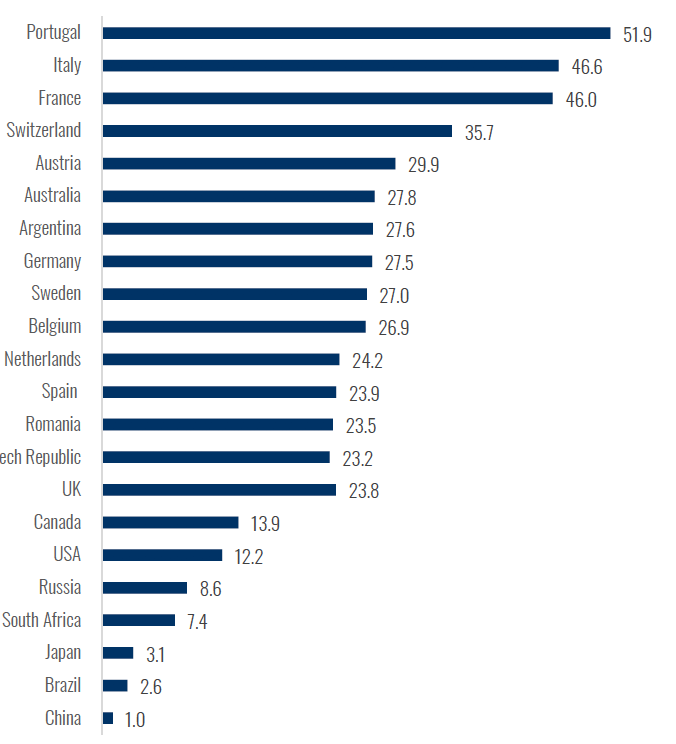 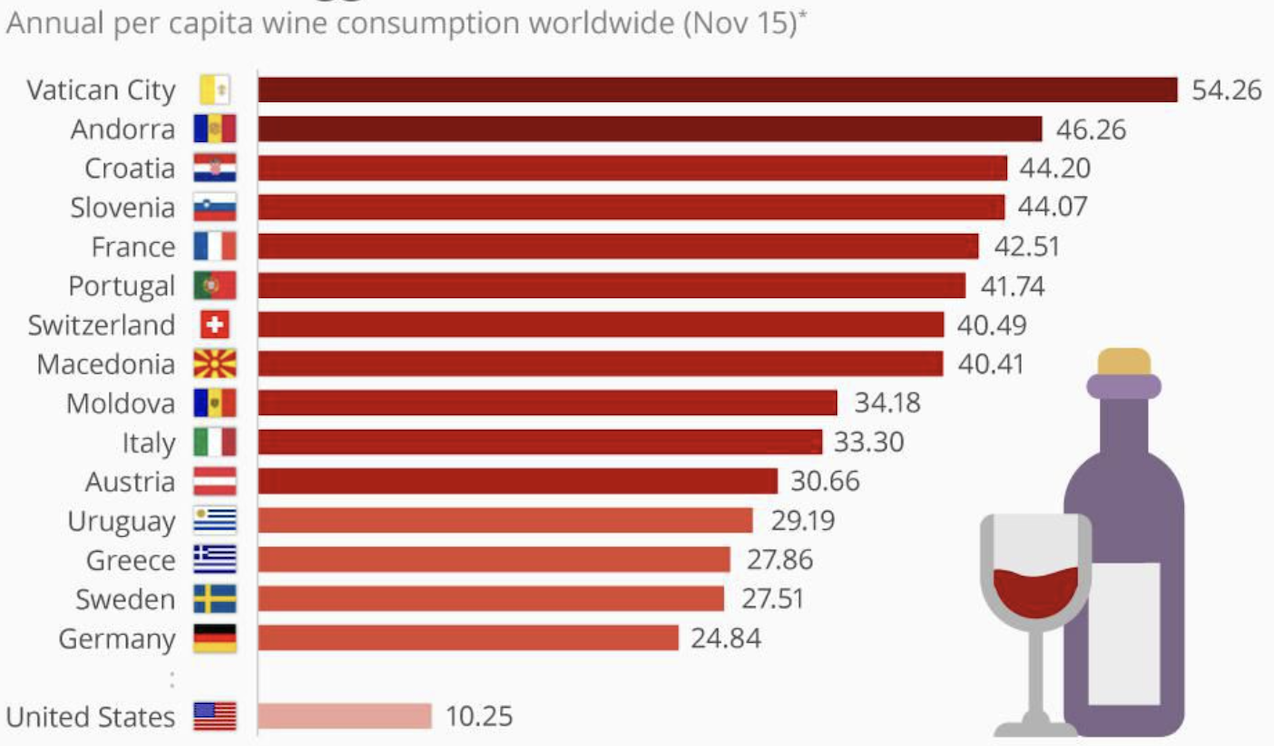 Trade. Some 105 million hectoliters of wine, 45 percent of global production, was exported from the country where it was produced in 2020.

France, Italy and Spain accounted for over half of wine exports in 2020

The three largest wine importers by volume were the UK, Germany, and the US. These three countries accounted for about 40 percent of wine imports by volume and value.

Climate change is leading to warmer winters and earlier plant bud growth in Europe. Late frosts, as occurred in April 2021, are expected to reduce wine production in France and Italy in 2021, the two countries that normally account for over a third of global wine production. Vineyard owners tried to prevent frost damage by spraying water over the vines and lighting straw bales and other items to raise temperatures, drawing complaints of air pollution.

Mike Veseth’s Wine Wars argued that globalization and commodification increased the power of global brands that offer consistent wines such as Yellow Tail, much as fast food chains assure consumers that hamburgers taste the same at each outlet.

Globalization and commodification are also encouraging the expansion of private label wines such as those offered by Costco, Target, and Walmart. Retailers have higher margins on private-label wines, and many consumers believe that private-label wines offer greater value. Charles Shaw or Two Buck Chuck sold by Trader Joe’s is an example of a private-label wine that became a major success. Many young drinkers prefer hard seltzer to wine.