The two major sources of data on farm worker employment and wages are the Census of Agriculture and the Quarterly Census of Employment and Wages. The COA reported that expenses for farm labor were $39 billion in 2017, while the QCEW reported that wages paid to crop and livestock farm workers (NAICS 111, 112, 1151, and 1152) were $40 billion.

Census of Agriculture. The COA obtains data from farm operators on their expenses for workers whom they hire directly and for workers brought to their farms by contractors. Employer labor expenses include wages as well as payroll taxes and the cost of any employer-provided benefits such as health insurance and housing, while contract labor expenses include wages, payroll taxes, work-related benefits, and other contractor expenses and profits.

FVH farms paid half of COA farm labor expenses in 2017

Quarterly Census of Employment and Wages. The QCEW collects employment and earnings data from employers who pay unemployment insurance taxes. The federal government sets minimum standards for UI programs, which are administered by states.

Wages are the gross earnings of all employees during the quarter, including those who were not on the payroll during the period that includes the 12th of the month. QCEW wages, in contrast to the COA, do not include employer-paid payroll taxes, workers compensation premiums, and health insurance and other employer benefit contributions. 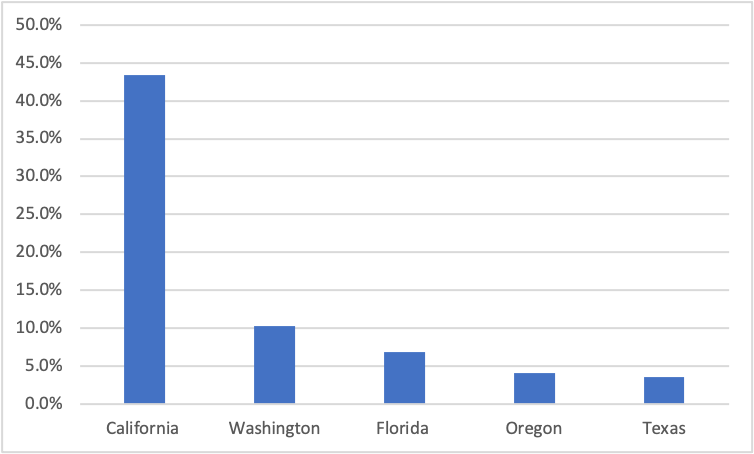 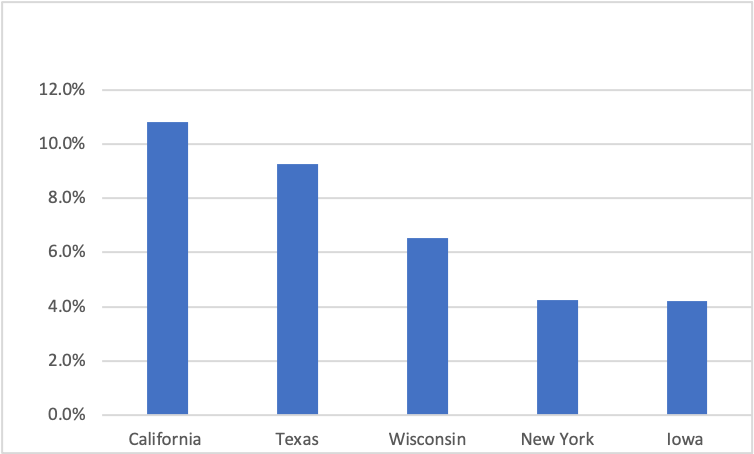 QCEW employment data can be used to estimate the number and distribution of farm workers by making assumptions about the average duration of farm employment. For example, if crop workers are employed an average of 1,040 hours or half of the year (QCEW assumes 52-40 hour weeks or a 2,080 work year), then average employment of 100 crop workers would represent 200 unique workers. If livestock workers are employed an average three-fourths of the year, then average employment of 100 livestock workers would represent 133 unique workers.

These data are illustrative rather than definitive. UI systems and seasonality vary across states, so that there should be separate multipliers for each state. For example, with fewer workers covered by UI and shorter seasons in southeastern states, UI average employment does not reflect non-covered and short-season workers. If employment is raised to account for workers who are not covered, and the assumption that workers average 1,040 hours of farm work is reduced, the number of unique farm workers increases.

State and US estimates of crop, livestock, and all farm workers based on QCEW average employment and hours worked (including support employment)

One explanation this faster and then slower growth in labor expenses is that 2007 marked the end of five years of rising unauthorized migration before the 2008-09 recession. The slowdown in unauthorized migration after 2008-09 put upward pressure on farm wages that was reflected in the 2012 COA, while the 2017 COA was conducted after states began to increase minimum wages.

The share of US farm labor expenses accounted for by the top five states was 47 percent in the four COA years of 2002, 2007, 2012, and 2017, with Florida’s share falling and Washington’s rising over these years.