A third of US fresh vegetables are imported 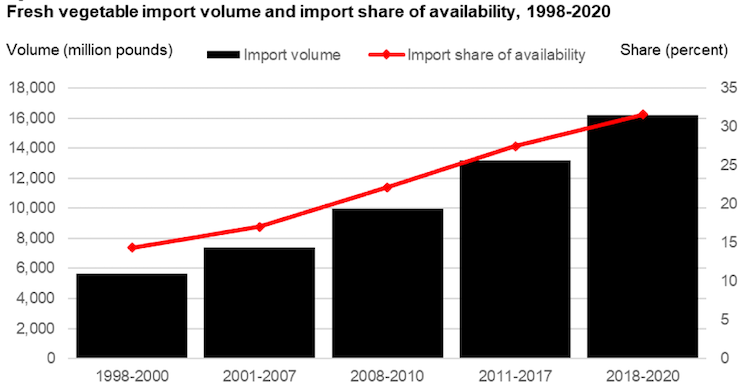 Three-fourths US fresh vegetable imports are from Mexico, whose main competitive advantage is climate. Most fresh Mexican vegetables arrive in the US during the winter months when there is little US production of the same commodities except in Florida.

The leading fresh vegetables imported from Mexico include tomatoes, peppers, cucumbers, squash, and other vegetables that require warm temperatures. Crops that can tolerate cooler temperatures, such as lettuce, broccoli, spinach, and celery, are grown in the desert regions of Arizona and California during the winter months.

Mexican farmers have invested in protected culture structures, including greenhouses and plastic-covered hoops that protect plants from weather and pests, that facilitate the production of organic produce, and extend seasons. Some protected culture farms can export fresh vegetables year round. 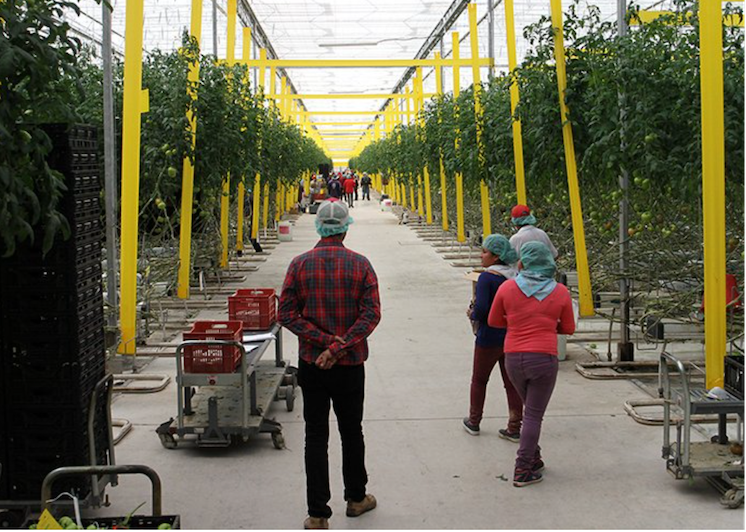 Americans appear willing to pay more for greenhouse-grown and often organic vegetables, and Mexican farmers who are expanding production are willing to invest in protected culture structures to produce them.

Mexico had 105,000 acres under protected culture farm structures in 2017

Most Mexican fresh vegetables arrive during the winter months of January through March, but imports during the months of April through December are rising fast. 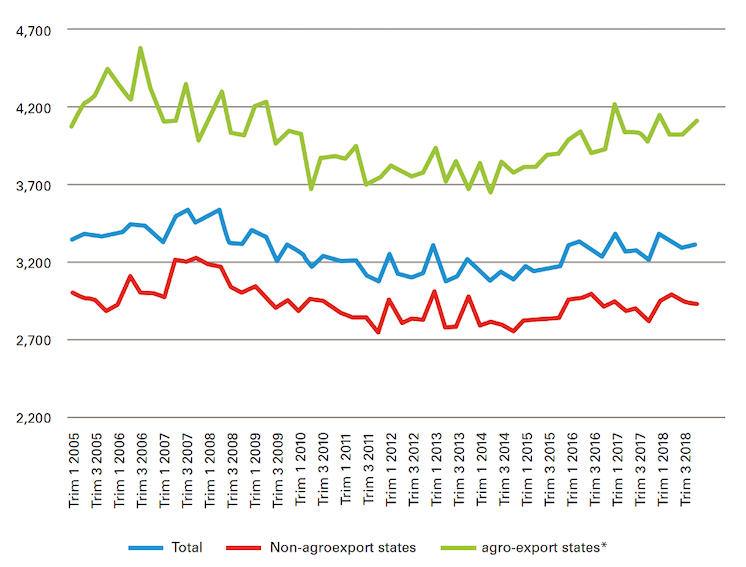 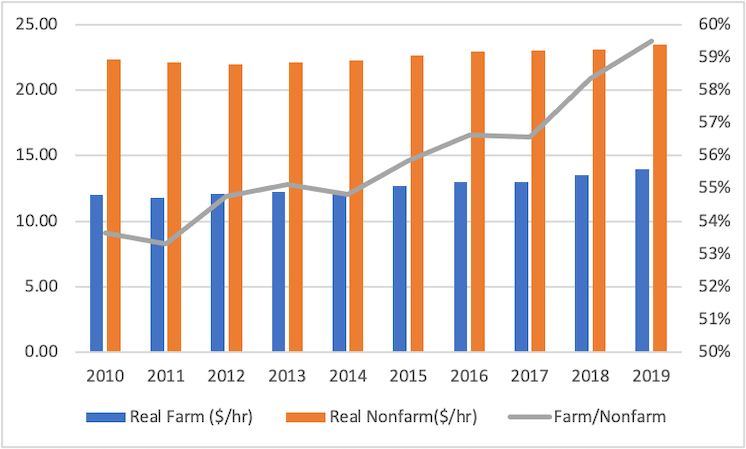