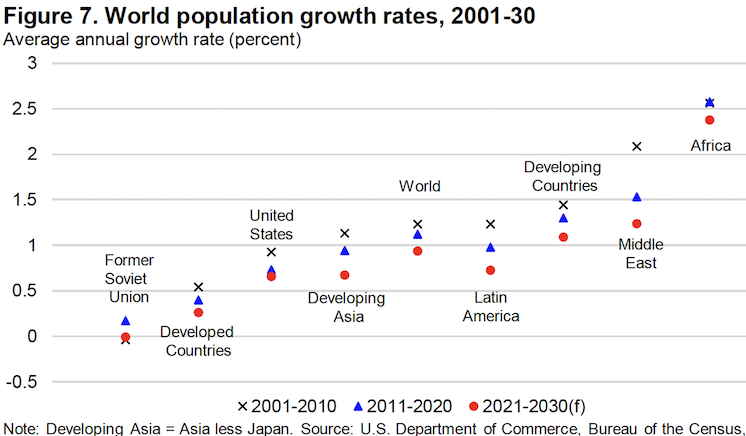 Crops. The prices of corn, soybeans, and wheat are projected to remain at about $10, $5, and $4 a bushel, respectively, over the next decade, with fewer year-to-year price fluctuations than between 2011 and 2020.

Corn, soybean, and wheat prices are expected to remain stable from 2021-30

About 60 percent of US vegetables by value are fresh, some of which come from greenhouses and other protected culture structures for which USDA has limited data. A quarter of US vegetables are processed, and three fourths of processed vegetables involve tomatoes.

Livestock. Average meat consumption is expected to increase by a pound a year to 228 pounds per person by 2030, including 101 pounds of chicken, 58 pounds of beef, and 51 pounds of pork.

Chicken accounts for 44 percent of US meat consumption

A stable number of cows is projected to produce more milk

Trade. The US has had an agricultural trade surplus since 1960. The agricultural trade surplus topped $25 billion in 1981, 1995-96, and 2008-14, but is now less than $20 billion and shrinking because US farm exports are primarily relatively low value grain crops while imports include more valuable fresh fruits and vegetables. The value of fresh fruit and vegetable imports is projected to increase from $24 billion in 2020 to $37 billion in 2030.

The US farm trade surplus is projected to shrink by 2030 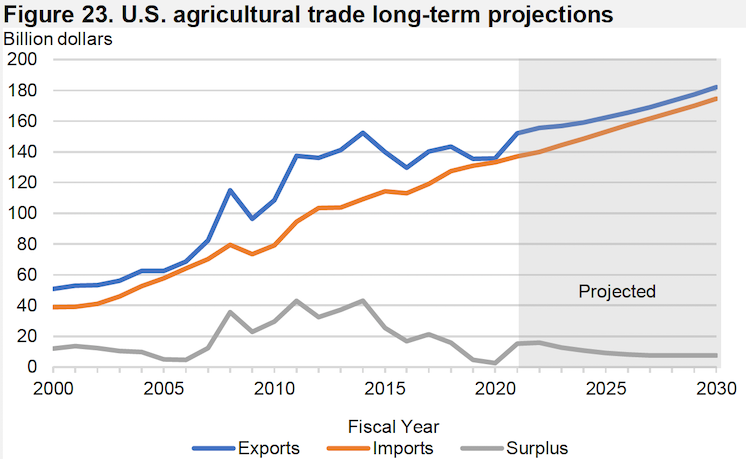