Peru exported fruit worth $3.8 billion in 2020, making Peru one of the top 10 fruit-exporting countries. Chile is the leading Southern Hemisphere fruit exporter, but the value of Peru’s farm exports exceed those of Ecuador and South Africa.

Table grapes are Peru’s most valuable fresh fruit export, and most are from coastal regions in the south around Ica (40 percent) and the north around Piura (20 percent). Water projects allow irrigation, while ideal growing conditions for new and more valuable varieties support investment in production for export. Over 70 percent of the 665,000 tons of table grapes produced in 2020/21 were exported.

The big 4 blueberry producing countries are the US, Canada, Chile, and Peru

Peru’s blueberries are concentrated in the northern coastal region of La Libertad, an area eight degrees south of the equator that permits year-round production. Peru exported 125,000 tons of blueberries worth $800 million in 2019, equivalent to a third of US production of 330,000 tons. Most Peruvian blueberries arrive in the US between September and February, while most US blueberries are produced between March and October.

Peru is also a major producer of Hass and Fuerte avocados, some 550,000 tons in 2020, and exports almost all of the Hass avocados that are harvested between April and June. Peru’s avocado exports were worth $750 million in 2020.

Peru also exports mangos, 225,000 tons in 2020, and citrus, 260,000 tons of oranges, lemons and limes, and mandarins. However, most of Peru’s citrus production is consumed domestically, that is, less than five percent of lemons and oranges are exported. 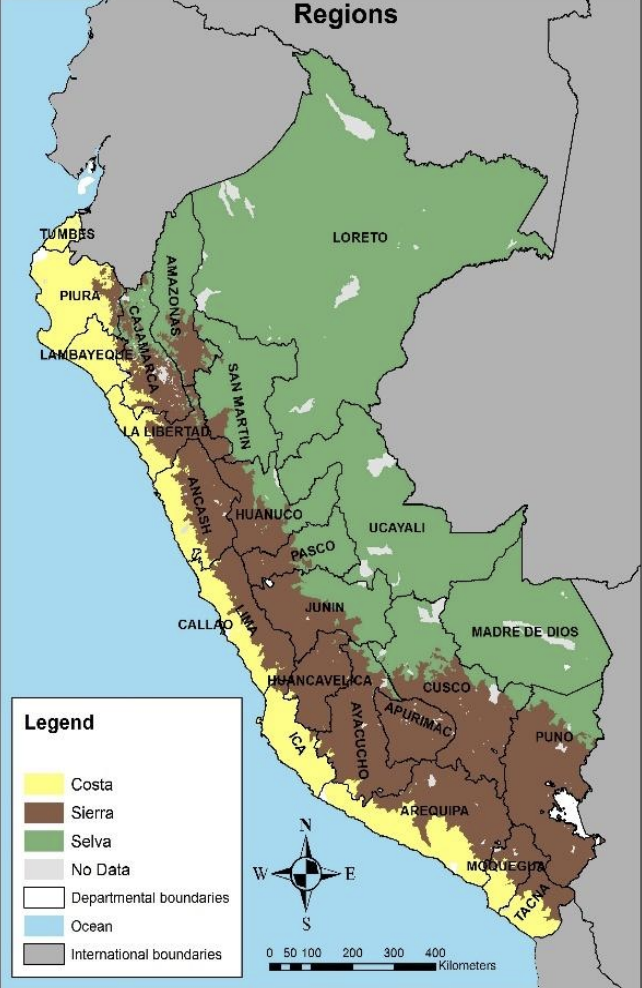 Peru has a growing speciality and organic coffee industry. Most Peruvian coffee is from small farms that have less than five hectares. Some 223,000 families and 1.5 million workers are involved in coffee production, and many were able to become organic producers because they could not afford fertilizer. Government-organized coffee buying firms collapsed during the Shining Path insurgency of the 1980s, and NGOs helped Peruvian coffee farmers to win fair-trade certification and higher prices. 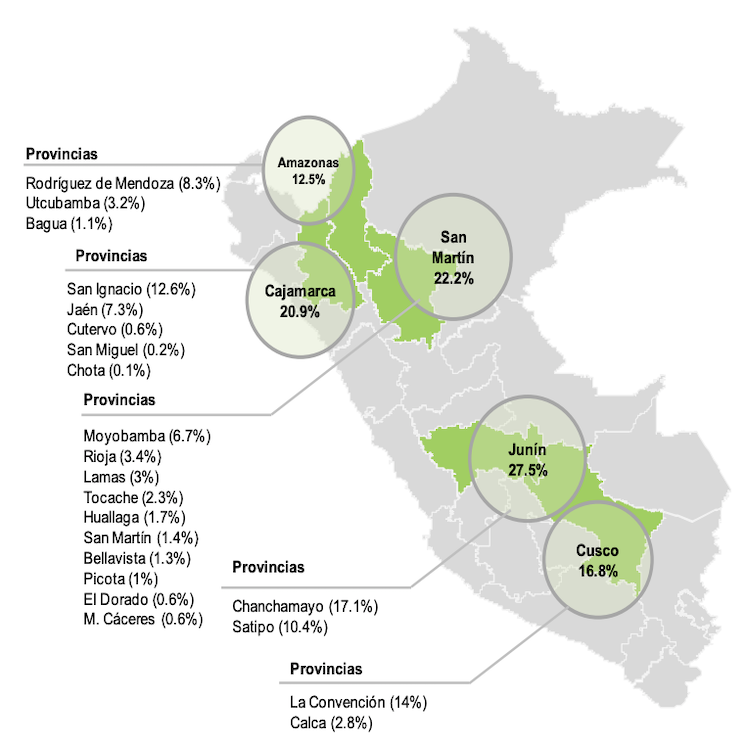