The covid pandemic encouraged many service firms to substitute technology for people to limit people-to-people contacts, such as using order-taking apps in restaurants. Many of the new technologies proved to be successful, which may reduce employment in hotels and restaurants over time as wages rise and employers have difficulty recruiting and retaining hotel clerks and restaurant staff.

A new wave of automation could increase productivity and inequality, especially if the low-skill workers who filled service jobs before the pandemic are displaced and cannot find new jobs. This means that some workers who were considered essential during the pandemic in 2020 may wind up jobless or in jobs that pay less if automation allows employers to replaced them with machines and apps.

Service sector innovations that accelerated during the pandemic include apps and voice-recognition devices to order food in restaurants, self-checkout kiosks in supermarkets, and keyless entry in hotels. Driverless forklifts are spreading in warehouses, and rising minimum wages have renewed efforts to automate farm and food processing jobs.

Covid. Occupations can be classified in many ways, including by the ease with which they can be automated, the potential for people-to-people interactions to transmit covid, and the number of employees who could be affected if automation displaces workers. The five occupations with over a million workers and at least (1) a 50 percent chance of being automated and (2) a 50 percent chance of transmitting covid include retail sales persons, secretaries, cashiers, stock clerks, and personal care aids.

By contrast, five occupations with over a million workers and less potential for automation and transmitting covid include occupations that involve workers who work alone or in small groups, such as truck drivers, grounds maintenance workers, and auditors.

Inequality. Since 1960, the real wages of men and women with graduate degrees rose faster than the wages of workers with less education. 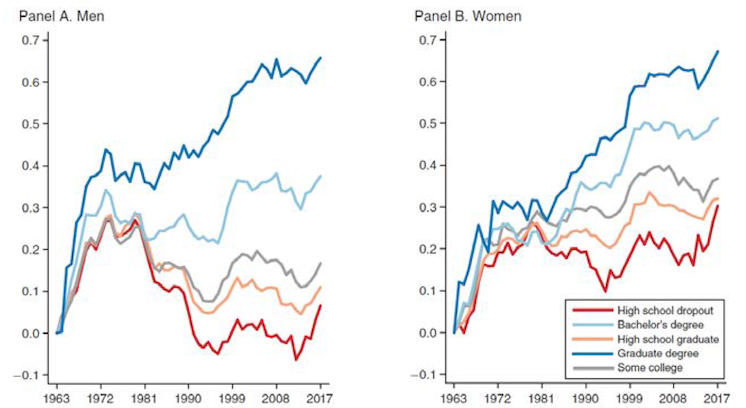 The major reason for differential wage growth by years of schooling is skill-biased technological change, meaning that the demand for highly educated workers rose while the demand for less educated workers declined. As a result, workers who were employed in industries that were shedding jobs such as manufacturing, and workers who were employed in occupations whose jobs could be automated such as clerks, had slower wage growth since 1980 than workers in other industries and occupations.

Replacing workers with robots, software, and automation was most common in auto manufacturing and least likely in agriculture and apparel

There was little change in wages, hours, or employment in US agriculture, 1980-2016 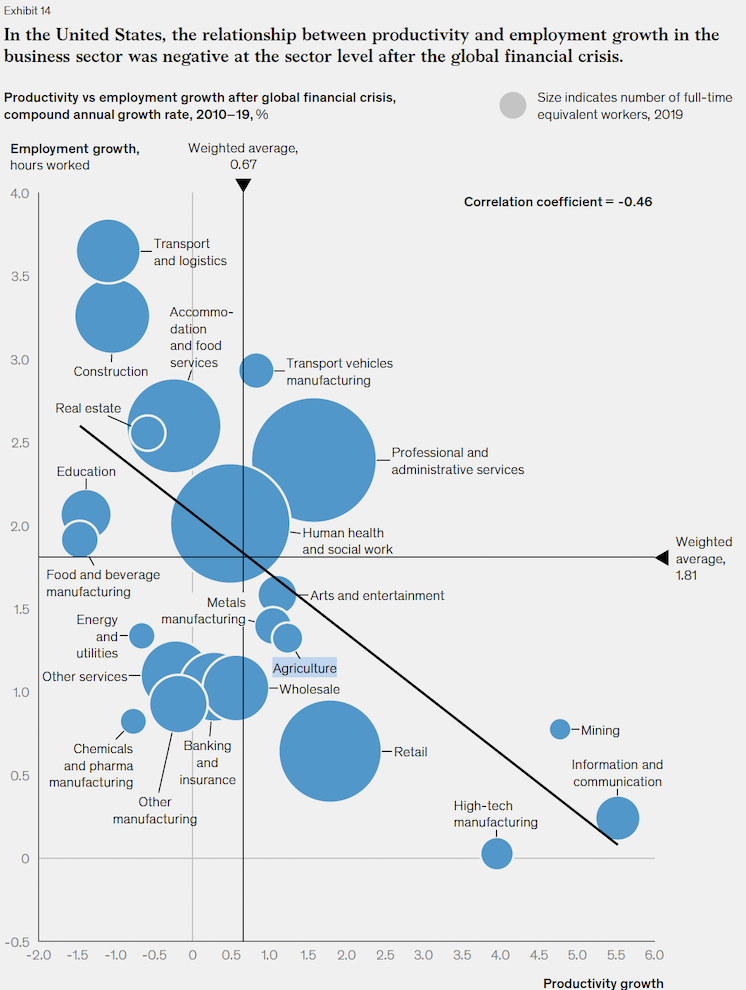 Robots. Industrial robots are most common in auto and electronics manufacturing. Most

of the world’s robots are in China, but robot density or the number of robots per 1,000 employees is highest in Korea, followed Singapore and Taiwan.

China has the most industrial robots, and Korea the most per 1,000 employees

Auto manufacturing had the highest number of robots per 1,000 employees in 2014

Covid speeded the installation of robots in 2020-21. During previous pandemics, most of the jobs eliminated by robots did not return, which contributed to rising income inequality. Low-skilled workers who could not work remotely were deemed essential during most of 2020, and some may be displaced by automation in the recovery.

Mexico. Most analyses of the risks of displacement due to automation focus on industrial countries, but many jobs in middle-income countries such as Mexico are also at risk. The Banco de Mexico reviewed employment data for the period 2005-17 and concluded that two-thirds of Mexicans are employed in occupations that have a high potential for automation, including jobs in agriculture, hospitality, and manufacturing. 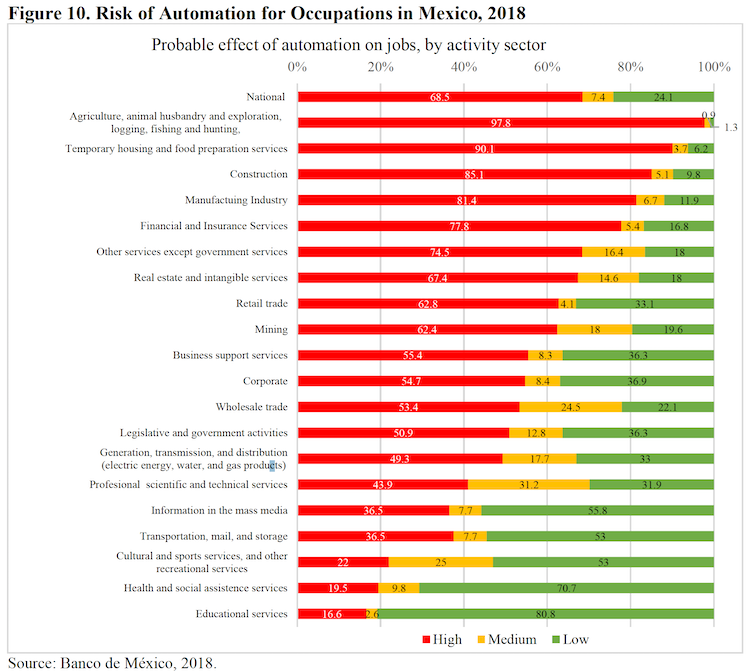 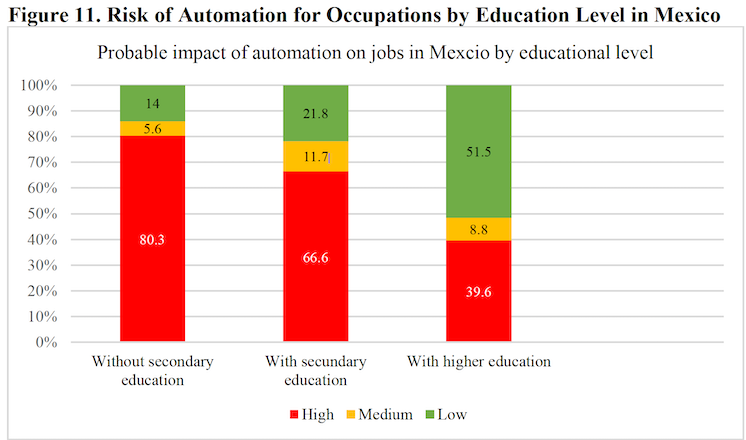 Acemoglu, Daron and Pascual Restrepo. 2021. Tasks, Automation, and the Rise in US Wage Inequality. NBER WP 28920.

IMF. 2021. Pandemics and Automation: Will the Lost Jobs Come Back?

McKinsey Global Institute. 2021. Will productivity and growth return after the COVID-19 crisis?