California: FLC Employment Down and Wages Up in 2020 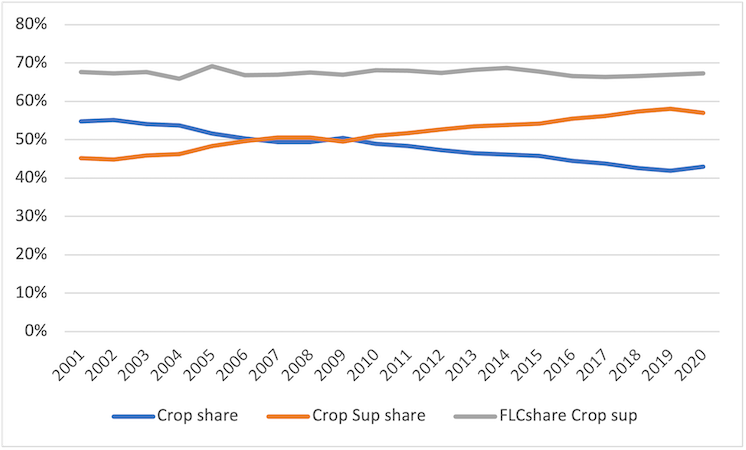 The average weekly wages of directly hired California crop workers were $800 in 2020, versus $695 for crop support workers and $585 for FLC employees. Many crop farms hire equipment operators, irrigators, and other skilled and semi-skilled workers directly, and rely on workers brought to farms by crop support firms for shorter-season tasks such as pruning, weeding, and harvesting.

The farm wage hierarchy is being compressed because FLC weekly wages are rising faster than those of directly hired crop workers. FLC weekly wages were 66 percent as much as the wages of directly hired crop workers in 2010, but 73 percent as much in 2020. This wage compression likely reflects the effects of California’s rising minimum wage and the lack of unauthorized newcomers from Mexico who often find their first US jobs with FLCs. 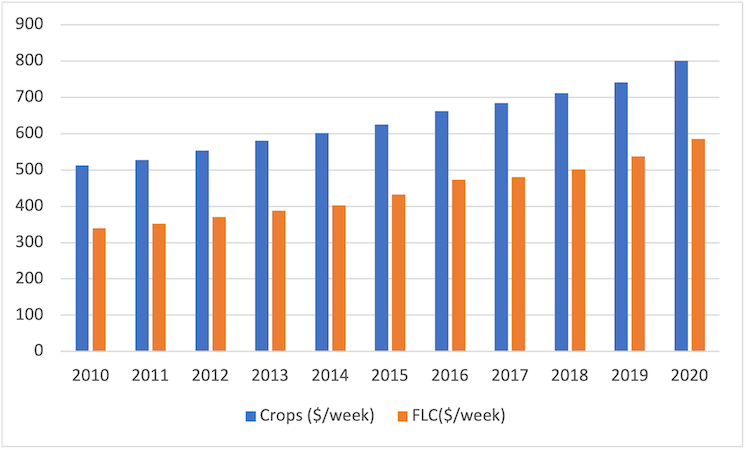 Many FLCs are turning to the H-2A program to find workers. California had 25,453 jobs certified to be filled with H-2A workers in FY20, including 24,015 or 94 percent that were certified to crop or crop support employers. H-2A jobs are distributed differently than all crop workers; most H-2A jobs are in coastal counties such as Monterey that have both the highest farm wages and the highest housing costs. 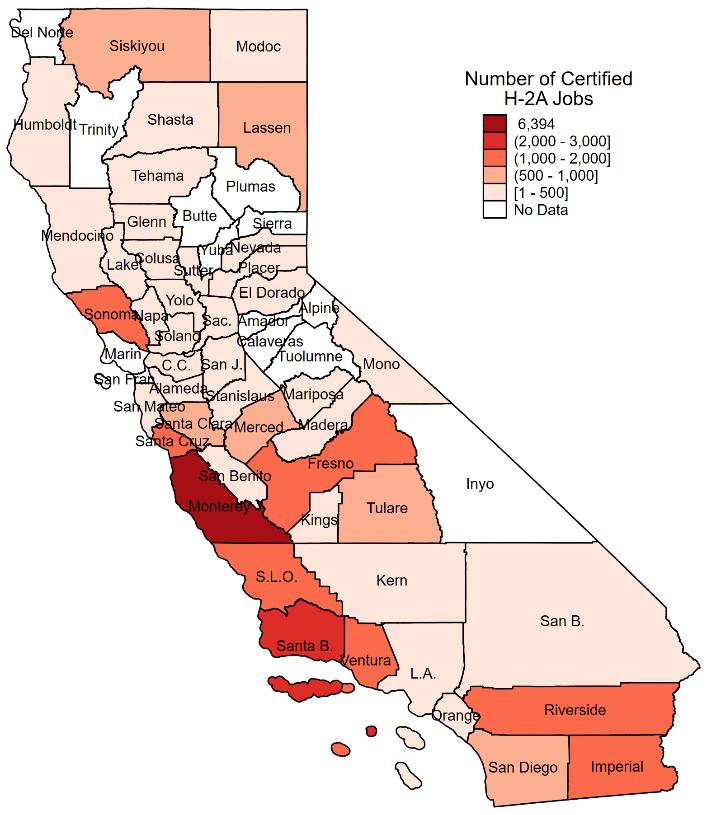