Unauthorized Migration to the US

The number of unauthorized foreigners in the US peaked at 12.2 million in 2007 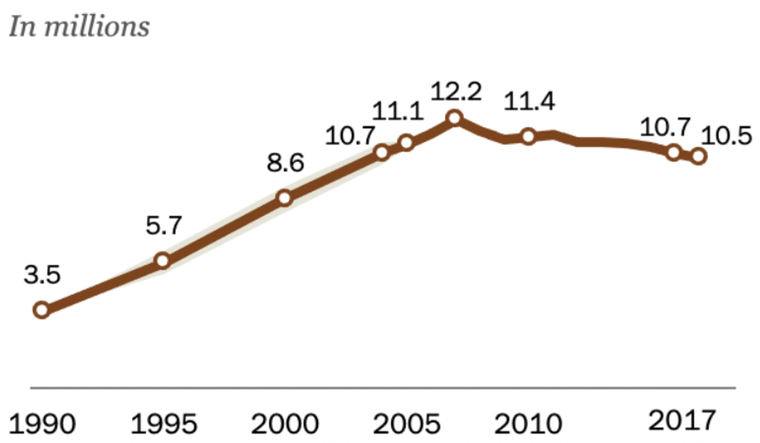 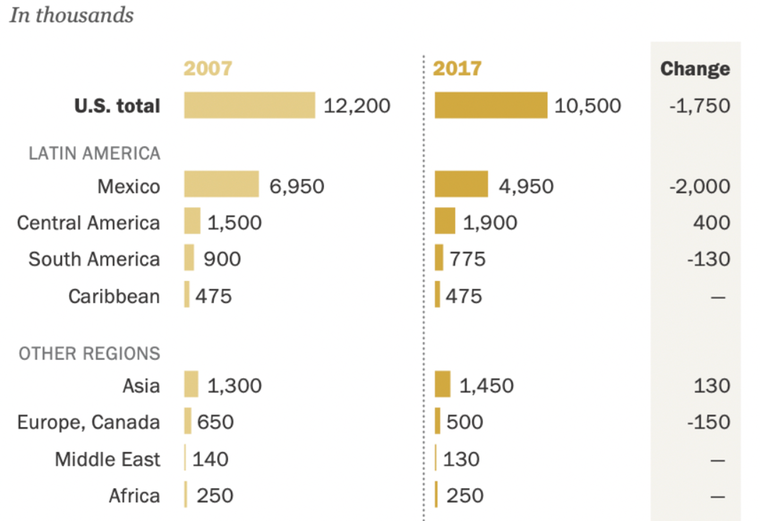 By 2016, two thirds of the unauthorized foreigners had been in the US more than 10 years, compared with less than 40 percent before 2005. Over 80 percent of unauthorized Mexicans were in the US at least a decade in 2017. 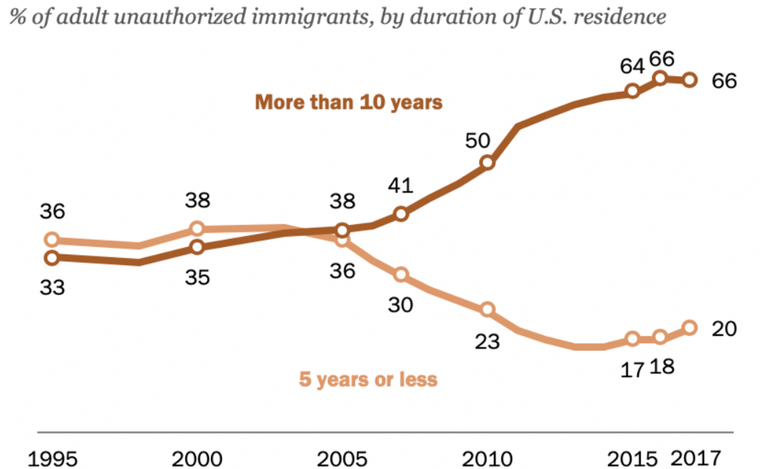 Mexico. The scale and direction of Mexico-US migration has changed. Between 1995 and 2000, four Mexicans moved to the US for every Mexican who moved from the US to Mexico. Between 2005 and 2014, net Mexico-US migration was negative, meaning that more Mexicans returned to Mexico than moved to the US (net flows include all migration, legal and unauthorized). Between 2014 and 2018, there has once again been more Mexico to US than US to Mexico migration. 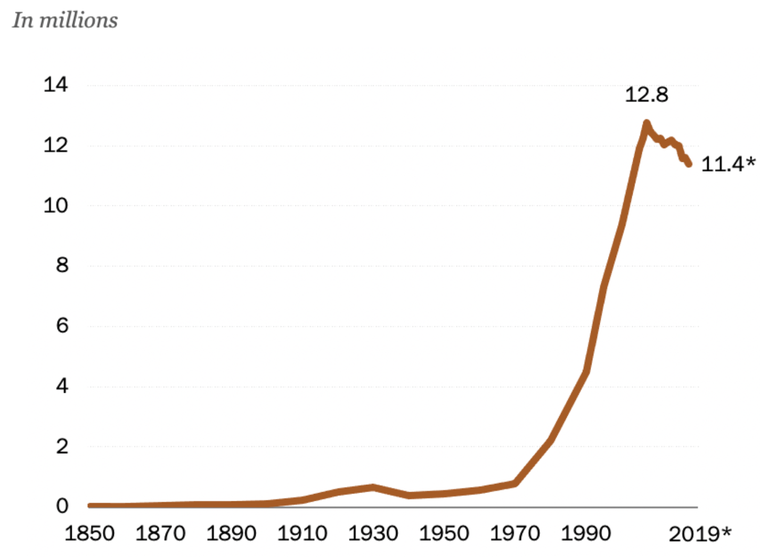 Mexicans were 63% of southwest border apprehensions in 2020 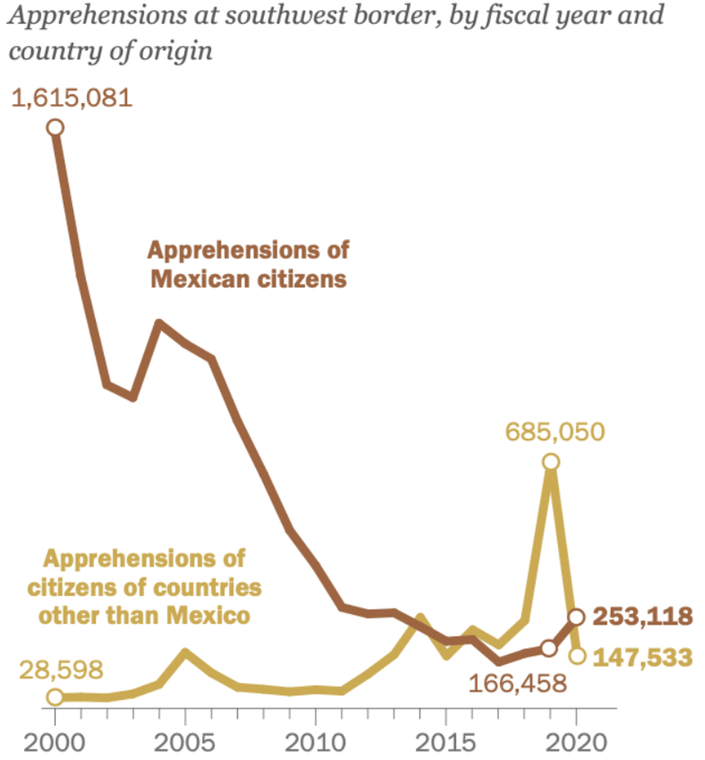 Unauthorized migration normally declines during the summer months when the deserts are too hot to cross. However, some 188,829 unauthorized foreigners were encountered just inside the Mexico-US border in June 2021, including 178,000 encountered by Border Patrol agents. A third were recidivists, often solo men, who were encountered at least once during the previous 12 months.

There were 1.1 million encounters during the first nine months of FY21, putting the US on track to match or exceed the 1.6 million apprehensions in FY00.

Central Americans detained by the Border Patrol in July 2021 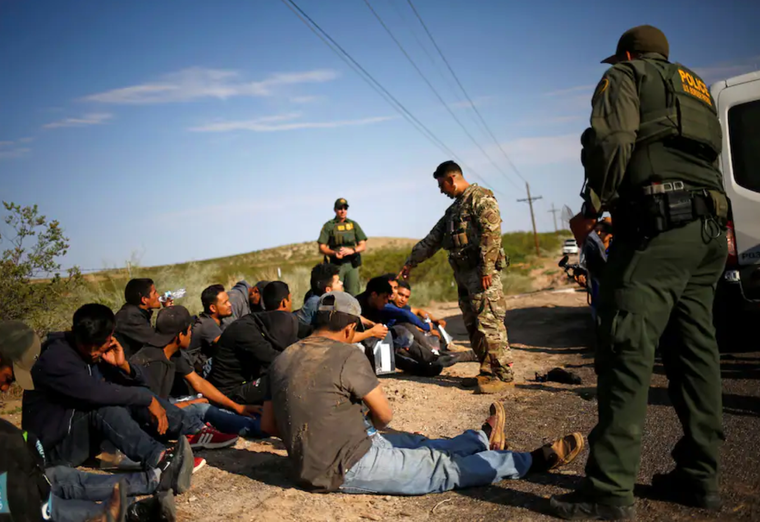 Gonzalez-Barrera, Ana. 2021. Before COVID-19, more Mexicans came to the U.S. than left for Mexico for the first time in years. Pew.