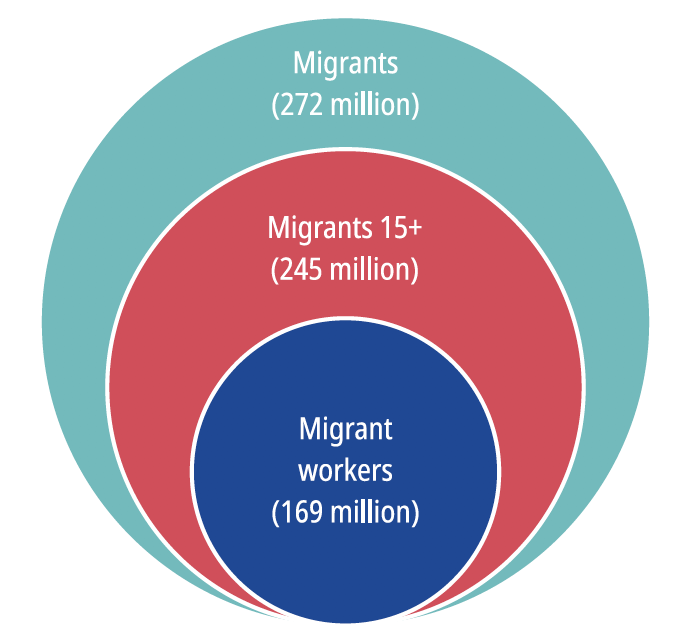 Migrant men and women have higher LFPRs than native workers 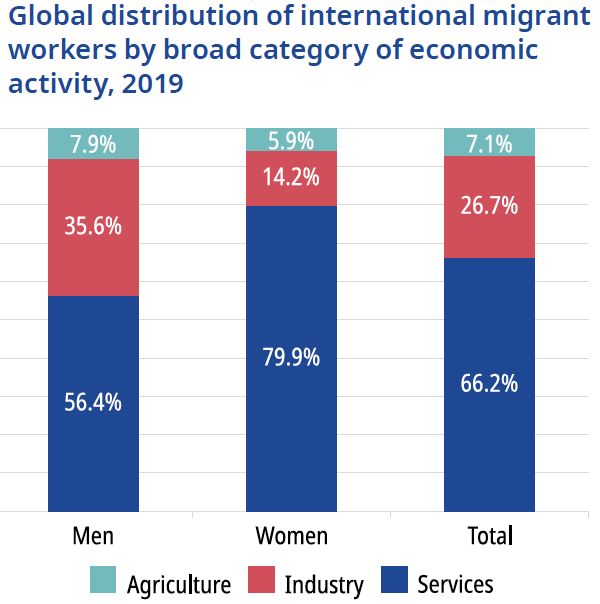 Europe and Central Asia had the most migrant workers in 2019, 64 million, followed by the Americas with 43 million and the Arab states and Asia with 24 million each.

Covid is likely to alter the trajectory of international labor migration in at least three major ways. First, covid accelerated trends already underway such as remote work. Many professionals found that they could do their jobs from home offices, which could reduce the demand for migrant workers in the service industries that support office workers in central business districts. The outsourcing of work to lower wage countries could accelerate, as with call centers that provide customer assistance.

Second, automation may substitute machines for workers in warehouses, hotels, and restaurants, eliminating many of the in-person jobs often filled by migrants. Many ex-hospitality employees were re-evaluating their willingness to work evenings and weekends in summer 2021, leaving jobs unfilled as hospitality reopened. Some employers responded by replacing workers with machines or self- or less-service, such as cleaning hotel rooms only between guests.

Third, governments demonstrated an ability to control mobility by closing consulates and borders. Experience suggests that, when governments assert more authority during crises, they retain and use their additional powers after the crisis ends. Instead of reopening broadly to migrant workers, governments may resume guest worker migration only for particular sectors such as health care and agriculture.

The demographic and economic inequalities that motivate international labor migration are widening as high-income countries recover faster than lower-income countries. The communications revolution that allows workers in lower-wage countries to learn about opportunities abroad is more robust than ever, but some of the transportation links that facilitated travel from poorer to richer places were stretched or broken at least temporarily.

The most significant change affecting international migration may involve rights. Governments locked down residents and restricted international travel, restricting individual rights to prevent the spread of covid. With covid likely to persist and new pandemics on the horizon, governments may try to block the entry of migrants despite pleas from local employers or appeals from human rights organizations.