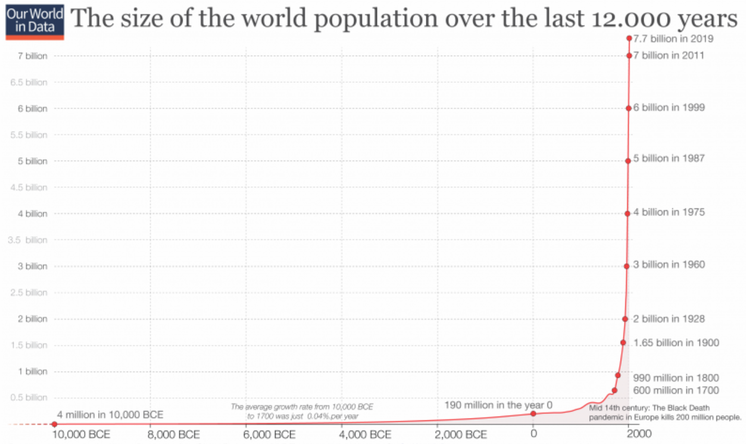 The population growth rate peaked at 2.2 percent a year in the 1960s and 1970s. The annual increase in population was largest in 1987, when the world’s population rose by 83 million. 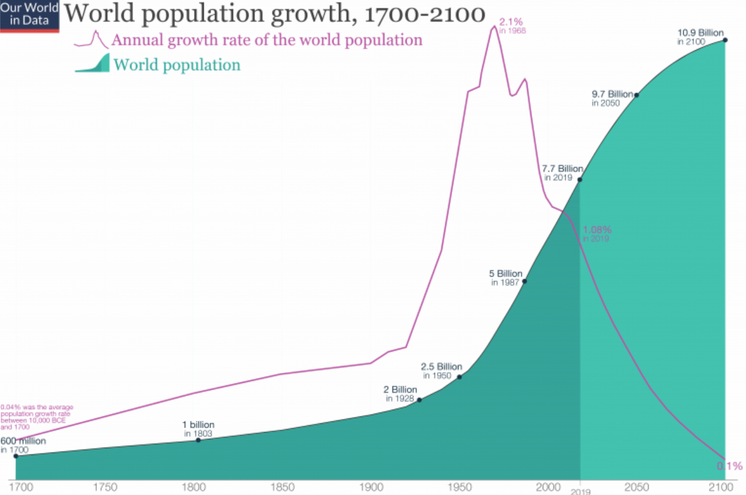 Distribution. Asia has 60 percent of the world’s people, including over half in the two population giants, China and India, that each have about 1.4 billion people. India’s population increases by 14 million a year, compared with 5.5 million in China, and India is expected to surpass China in population by 2027.

Fertility rates vary by country, with women in some African countries having an average of six or more children and those in China, Korea, and southern and eastern Europe having less than 1.5 children each. In 2020, Korea had the lowest fertility rate of 0.8 children per woman and Niger the highest at seven children per woman.

Fertility rates vary by country, from less than 1 child per woman to over 7 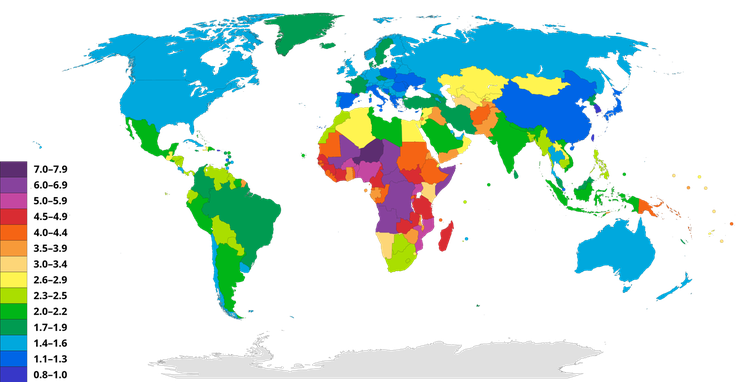 Migration. Low fertility countries such as Canada and Germany have growing populations due to immigration. Most people move from poorer to richer areas, and richer countries are net immigration areas.

A migrant is defined by the UN as a person outside her country of birth or citizenship for 12 months or more, regardless of the reason for being abroad or legal status. If the world’s 280 million migrants in 2020 were collected in one place, “migrant nation” would be the fourth largest (China, India, US, Migrant Nation, Indonesia, Pakistan, Brazil, and Nigeria). 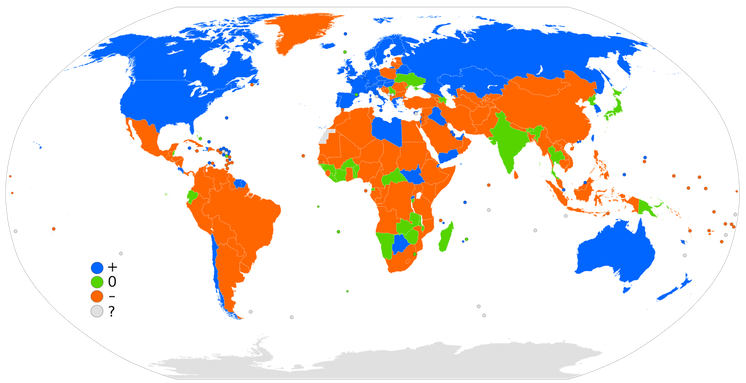 Most migrants move to nearby richer countries, that is, most migrants remain in the region in which they were born, as indicated by the thick Africa to Africa arrow in the chart below. There is also significant Latin American and Asian migration into North America, and significant African migration to Europe.

Most international migration between 2010 and 2015 was within one region

International migration is expected to increase because of demographic and economic inequalities that motivate individuals to cross national borders. Revolutions in communications, transportation and rights make it easier to learn about opportunities abroad, travel, and stay abroad. Inequalities are hard to reduce and globalization is difficult to reverse, so policy makers often manage migration by adjusting the rights of migrants.

The communications revolution makes it easier to learn about foreign opportunities, transportation is more accessible and cheaper than ever, and the rights of individuals vis-à-vis governments have increased. Will governments manage migration by changing the item easiest for them to adjust—the rights of non-citizens?