Imports of Mexican fruits and vegetables (blue) peak in May, as Florida production (red) is declining

Commodities. Florida has been losing market share to Mexican imports in bell peppers, blueberries, tomatoes, and strawberries. For example, Florida in 2000 provided 46 percent of the bell peppers consumed in the US between November and June; by 2020, the Florida share of a larger bell pepper market was 12 percent. 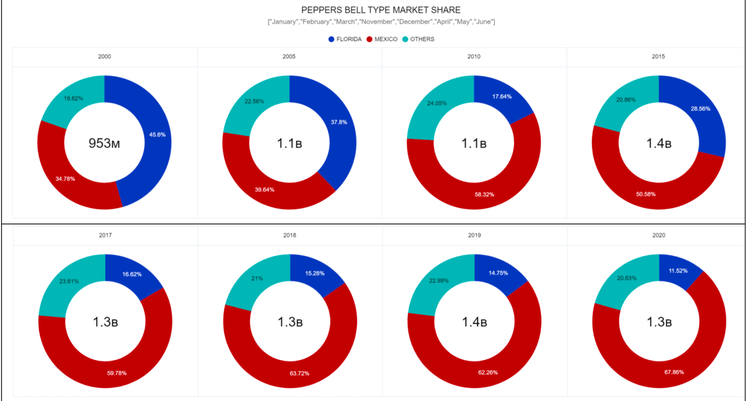 In recent years, Mexican imports of round tomatoes surpassed Florida production in each month of the year 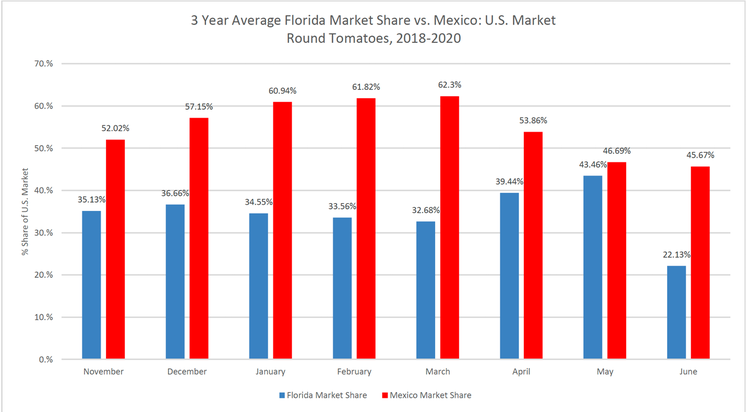 The volume of strawberries consumed between November and March more than doubled between 2000 and 2020, with most of the increase due to imports from Mexico as production shrank in both Southern California and Florida. 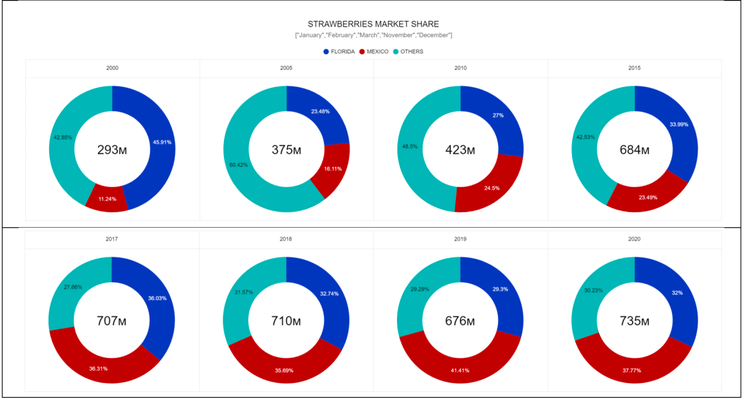 The March through May blueberry market increased more than 20-fold between 2000 and 2020, but Florida’s share of this expanding market fell from 33 percent to 12 percent, while Mexico’s share rose from zero to 35 percent. Florida’s production of blueberries rose from two million to 17 million pounds because the market for blueberries expanded enormously. 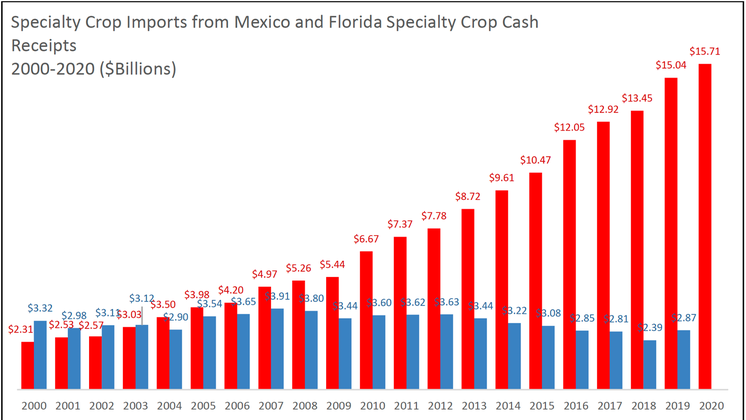 Most Mexican fruit and vegetable imports enter the US in Otay Mesa, Nogales, or Pharr 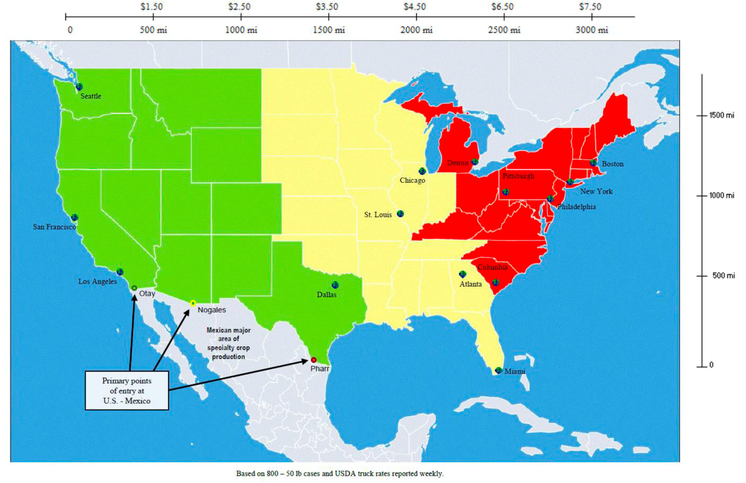