Fruits are the seed-bearing structures of flowering plants used to disseminate seeds, although most fruits that are consumed are bred to remove seeds. Most fruit is eaten raw. Some fruits are classified as vegetables, including tomatoes, cucumbers, and bell peppers. Simple fleshy fruits are often grouped into berries, stone fruits such as cherries and peaches, and pome fruits including apples and pears.

Fruits are often more valuable per unit of weight than vegetables, and 10 percent of the global fruit produced is traded across borders, including bananas, apples, oranges, and grapes. Over 80 percent of fruit is sold fresh, while the rest is processed, as with orange juice, or frozen or canned. Demand for frozen berries is expanding, while demand for canned fruit is declining. 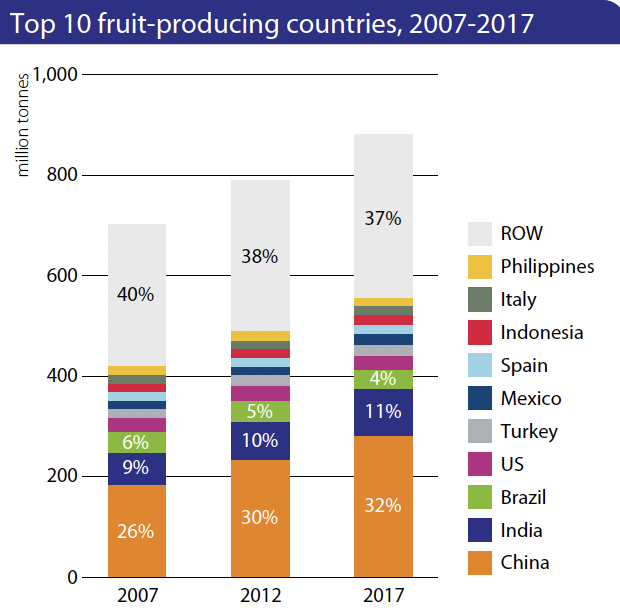 Trade. Most fruit is consumed in the country in which it is produced, including bananas, the fruit most likely to cross national borders. Only 20 percent of the world’s bananas are exported, and less than 10 percent of the other major fruits are exported. Many fruits are heavy relative to their value, which can limit trade in fresh fruit. Other fruits are often processed before being exported, as with canned pineapple.

Fresh fruit consumption rises with population and income. The US is the world’s leading fruit importer by dollar value, importing fresh fruit worth over $14 billion in 2016, followed by China, over $8 billion, and Germany, over $7 billion. Fresh fruit imports rose in all major importing countries over the past decade. 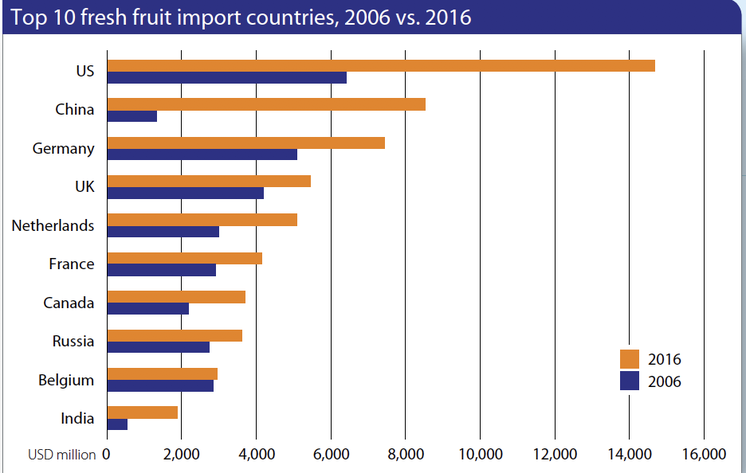 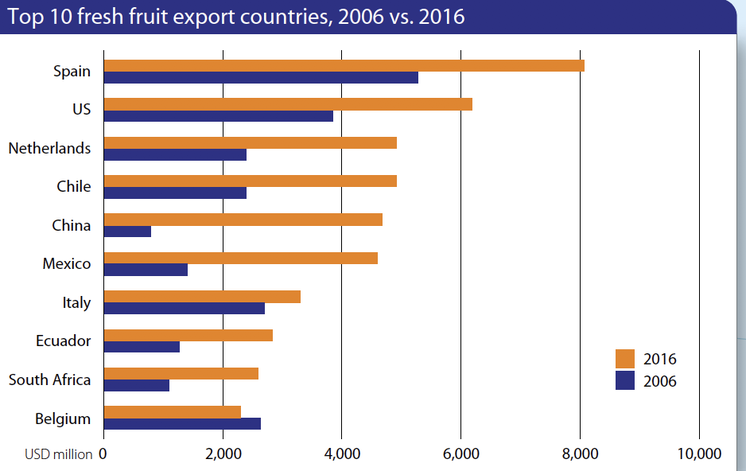 Spain is the major EU fresh fruit exporter, while the Netherlands re-exports much of the fresh fruit that arrives in Rotterdam by ship 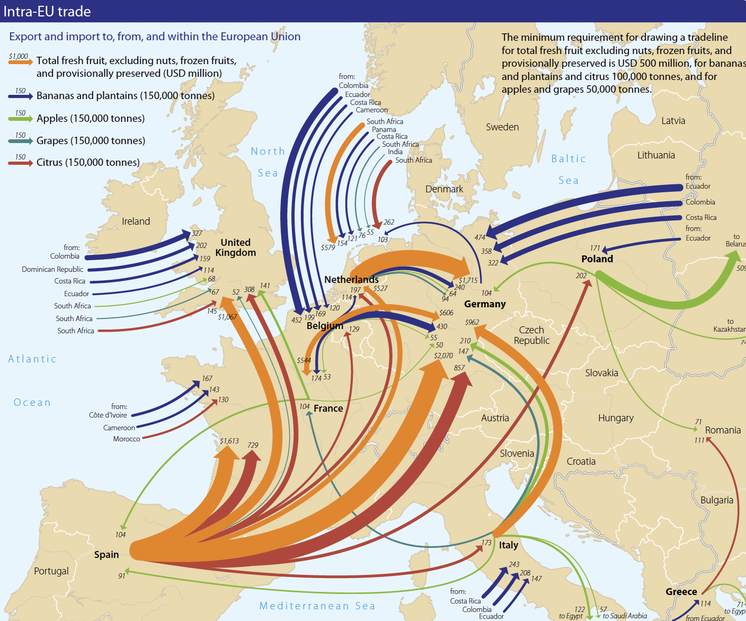 The US imports fresh fruit from many Latin American countries, including bananas (blue) 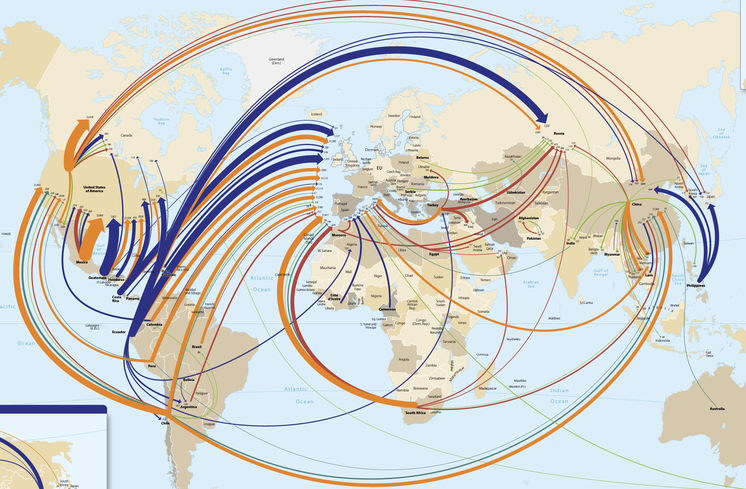 Poland is the leading exporter of frozen fruit, and frozen berries are a leading fruit export

Sweden and Switzerland have the highest shares of organic fresh fruit, 15%

Some fruits are considered to be superfoods due to their health benefits, including avocados and blueberries, explaining their rising per capita consumption levels. Avocados are often ripened in the Netherlands and re-exported to other EU countries.

Mexico is the leading exporter of avocados, followed by Peru 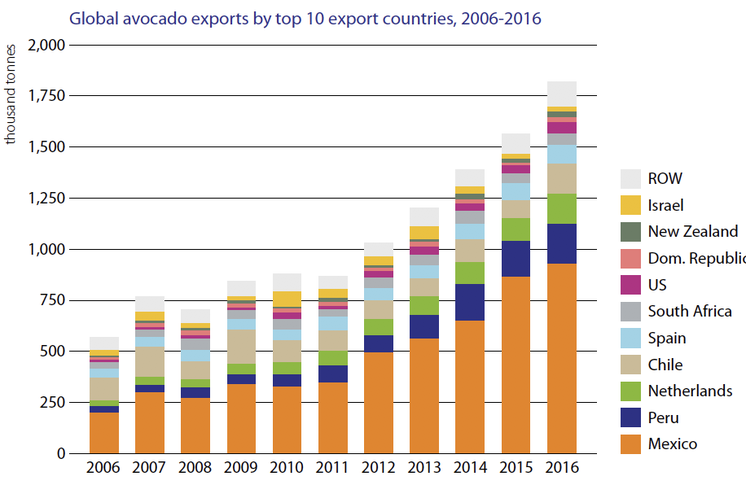 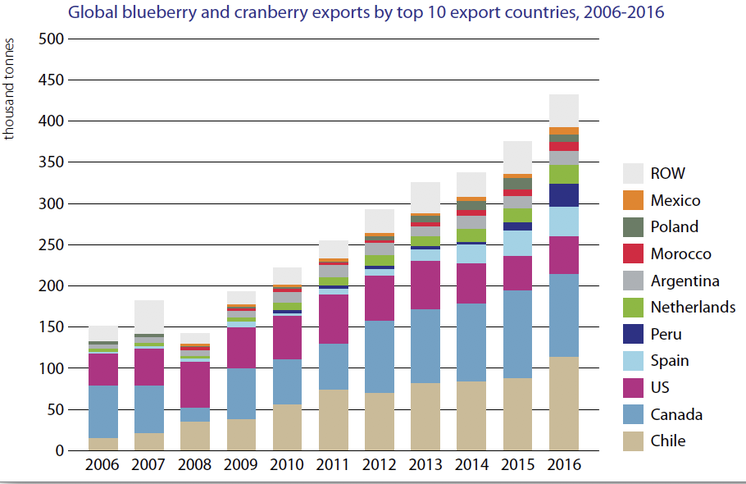