Vegetables are edible plant matter that, by culinary and cultural tradition, exclude most fruits, flowers, nuts, and cereal grains, but include savory fruits such as tomatoes, flowers such as broccoli, and seeds such as pulses. Vegetables can be eaten raw or cooked. Most vegetables are low in fat and carbohydrates and high in vitamins, minerals and dietary fiber.

Production. The FAO estimated global vegetable production at over a billion tons from 56 million hectares in 2010. Potatoes and cassava are the leading vegetables by weight, followed by tomatoes and onions.

Over half of the world’s vegetables were produced in China, followed by 10 percent in India, four percent in the US, and two percent each in Turkey, Iran, and Egypt.

Trade. Most vegetables are consumed in the country in which they are produced. About five percent of the world’s vegetables cross national borders, compared with 10 percent of fruits.

Trade patterns follow production volumes. The most traded fresh vegetable in 2016 was tomatoes, followed by peppers and chiles, onions, and cucumbers.

Four vegetables accounted for half of fresh vegetables export in 2016 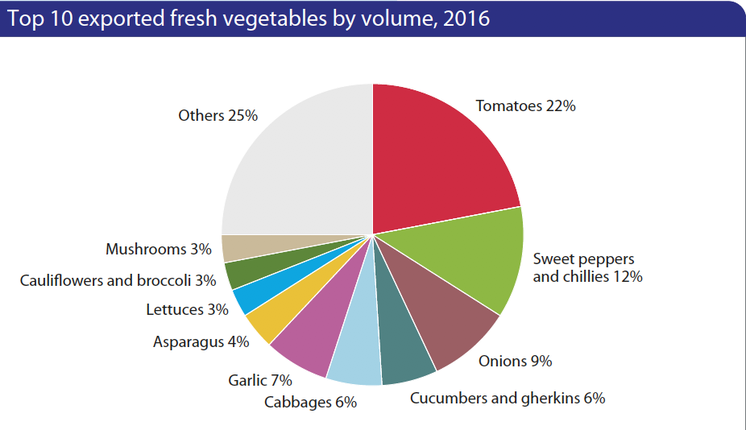 The top fresh vegetable exporters in 2016 by value were China ($9 billion), Mexico ($7 billion), the Netherlands ($6 billion including re-exports), and Spain ($6 billion). 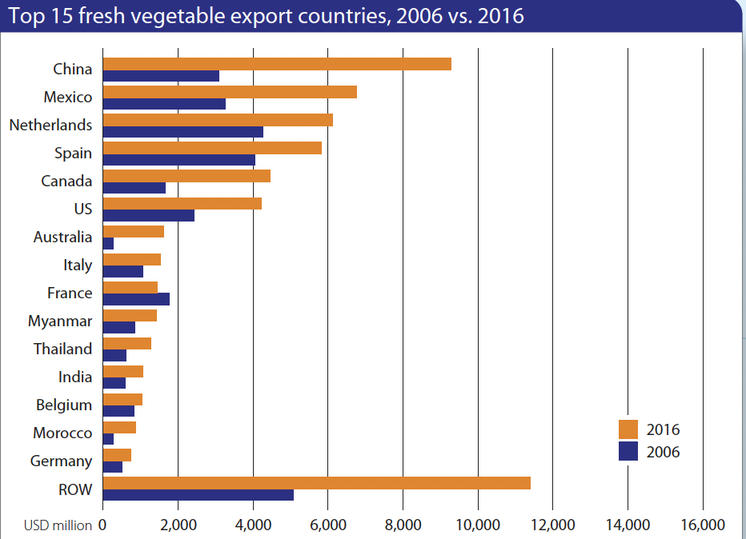 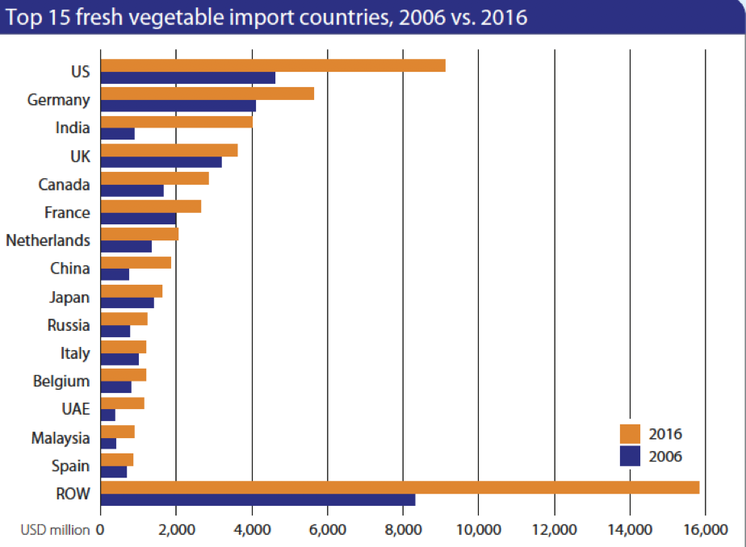 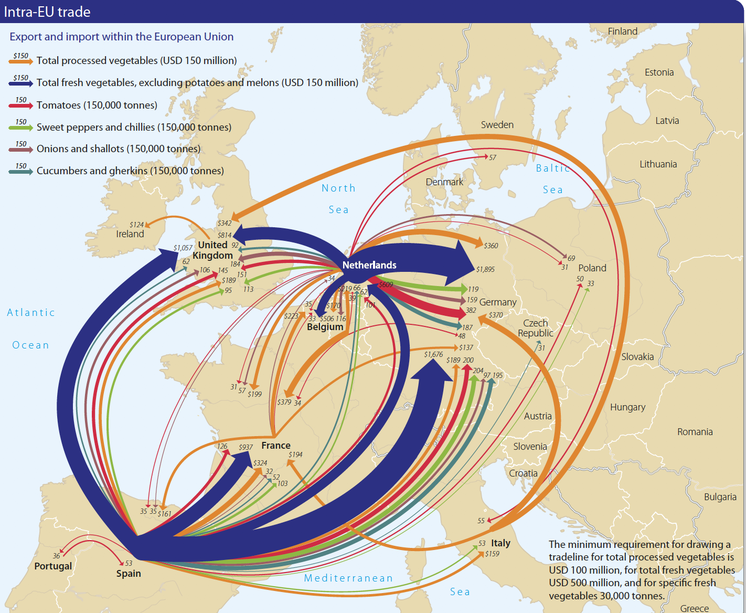 Mexico provides ¾ of US vegetable imports 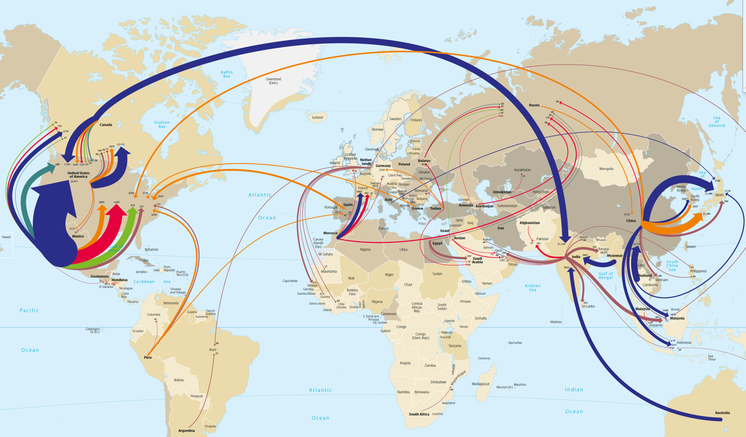 Controlled Environment. Plants use photosynthesis to convert light energy into chemical energy stored in sugars and starches. Instead of sunlight, more vegetables are being produced under structures that protect growing plants from weather and insects and use artificial light for photosynthesis.

Globally, there are 500,000 hectares of protected structure buildings used to grow vegetables and herbs are grown, including 40,000 or eight percent that are glass houses. Plants grown in controlled environments use a variety of techniques, from growing in soils to hydroponics. Most protected structure farming involves leafy greens grown in rich countries near consumers willing to pay premium prices; costs are high due to the need to pay for lighting.

Europe has 40% of the 500,000 hectares of protected structures used to grow vegetables 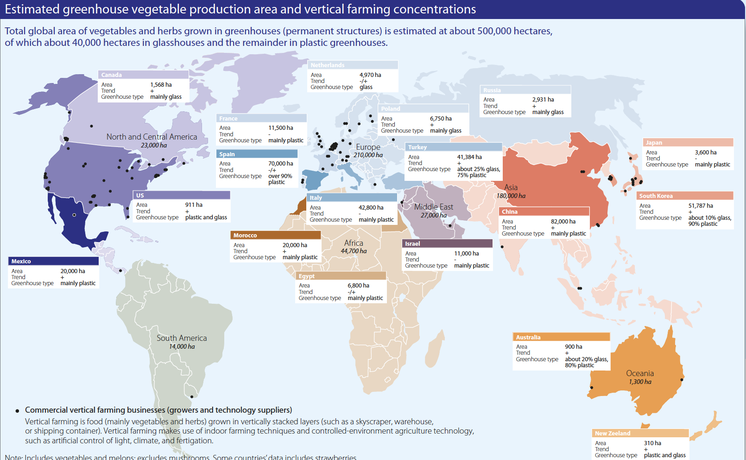