Remittances, which are monies sent to countries of origin by migrants abroad, reached a record $589 billion to low- and middle-income countries in 2021, up from $549 billion in 2020. Remittances are three times ODA, and surpassed FDI in recent years. Remittances rose in 2021 despite a decline in the stock of international migrants, as migrants abroad sent more money to relatives at home. 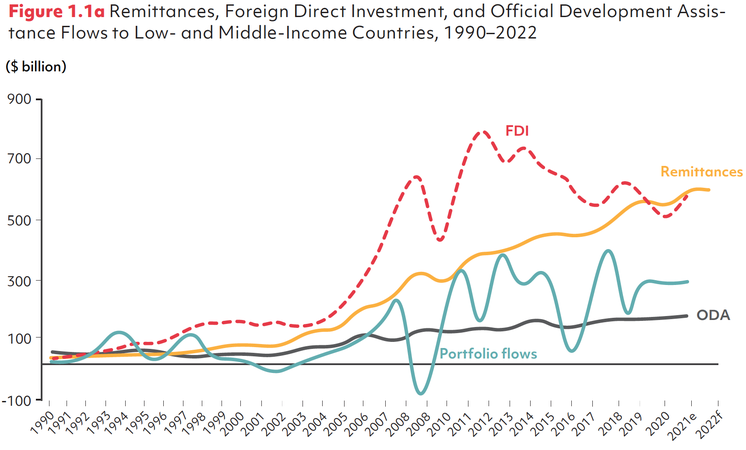 Remittances declined in most world regions in 2020, especially in Europe and Sub-Saharan Africa, and rose sharply in 2021 in all regions, especially in Latin America.

The top six LDC recipients of remittances, India, China, Mexico, the Philippines, Egypt, and Pakistan, received a total of $295 billion or half of total remittances. The countries most dependent on remittances were island nations, those mired in economic distress, and Northern Triangle Central American countries.

India received a 15% of LDC remittances; remittances were 44% of Tonga’s GDP 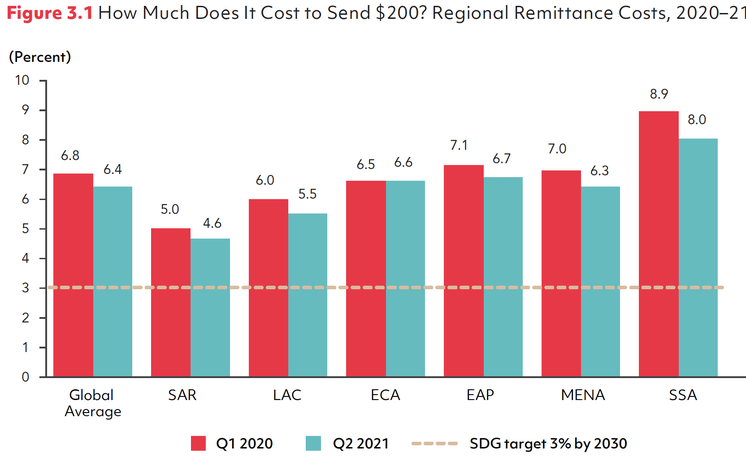 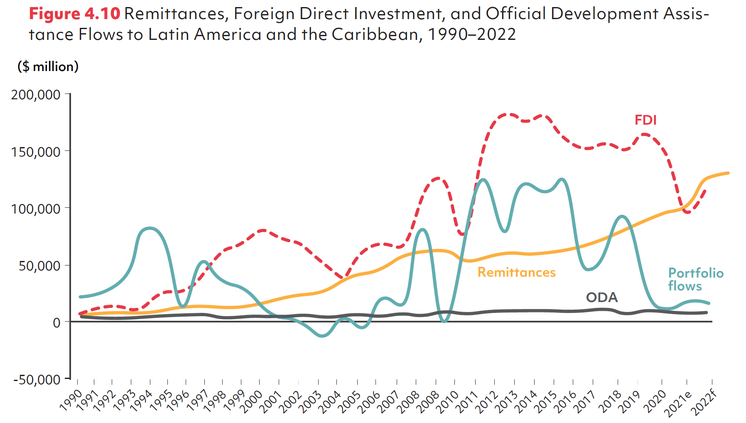 Mexico’s $53 billion in remittances was 42 percent of the region’s $126 billion in 2021. However, Northern Triangle countries and Caribbean islands were most dependent on remittances as a share of their GDPs.

Remittances are ¼ of GDP in Northern Triangle countries 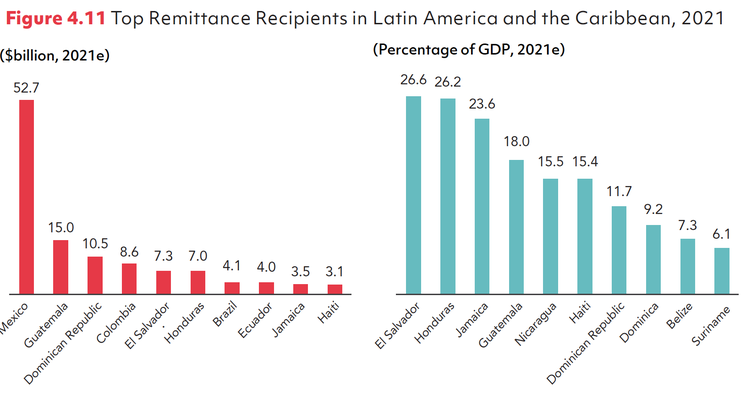 Some of the increase in remittances to Mexico may represent transfers to migrants who are transiting Mexico to apply for asylum in the US; their US-based relatives may send money to them in Mexico to pay their living and smuggling costs. A record 1.7 million foreigners were apprehended just inside the US border in FY21, including over 200,000 each month of July and August 2021.

There were 1.7 million apprehensions in FY21 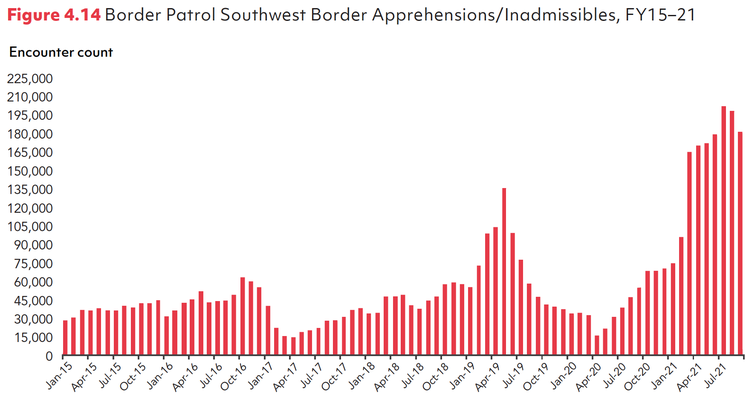 The World Bank estimated that living costs and smggling fees for migrants transiting Mexico were $10,000 per migrant, and that total living and smuggling transfers may have added $4 billion to Mexican remittances to in 2021.

Migration. The number of migrants, defined as persons outside their country of citizenship a year or more, fell by two million in 2020, and is likely to have fallen further in 2021 as some migrants left and new migrants were unable to enter due to covid-related border closures.

The number of foreign workers declined by 500,000 in Saudi Arabia in 2020. Saudization policies that aim to have native workers substitute for foreign workers may limit the rebound in foreign worker employment when covid restrictions are eased. There were sharp decreases in the number of temporary foreign workers admitted into most OECD countries in 2020 and 2021. The Philippines sent an average 60,000 workers a month abroad in 2021, down from 185,000 a month in 2019. 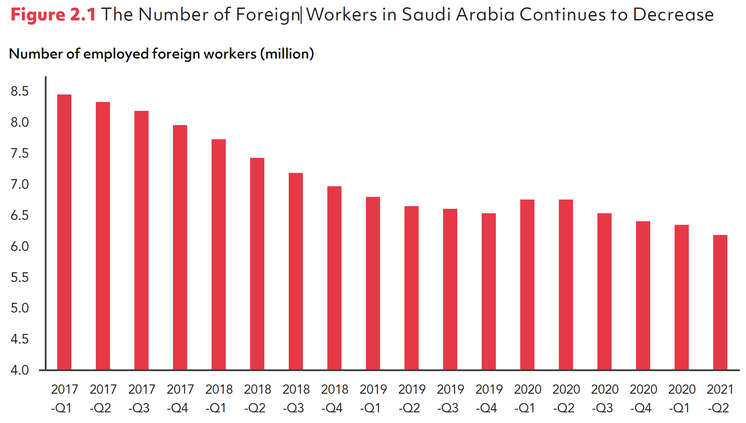