The ILO defines child labor as work that “deprives children of their childhood, their potential and their dignity, and that is harmful to physical and mental development.” The ILO notes that whether the work of children is “child labor” depends on the child’s age, the type and hours of work performed, the conditions under which the work is performed. Hazardous child labor is likely to harm the health, safety or morals of children.

The ILO estimated that 160 million children aged 5-17 were engaged in child labor in 2020, including 70 percent who were employed in agriculture. This means that almost 10 percent of the world’s 5-17 year olds were in child labor. Note that the ILO excludes from child labor under 18-year olds who baby sit, mow lawns, or engage in other casual work to earn pocket money. 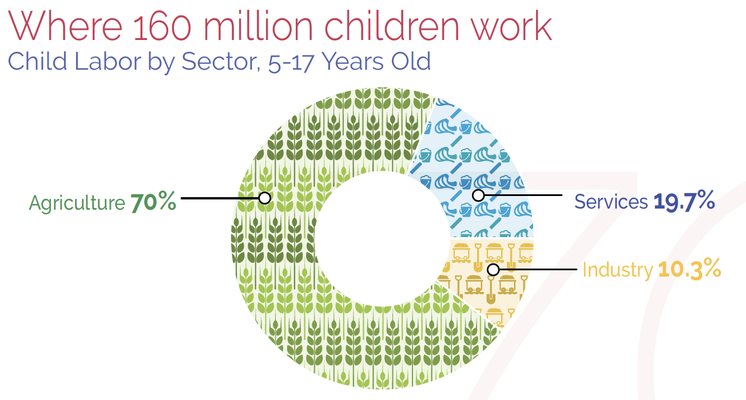 Over half of child workers were in Sub-Saharan Africa, followed by a third in Asia. 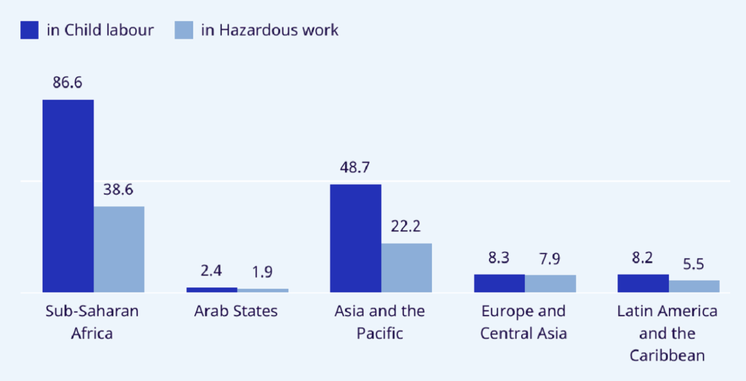 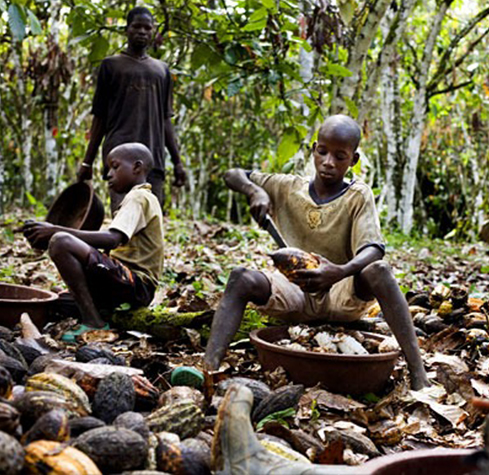 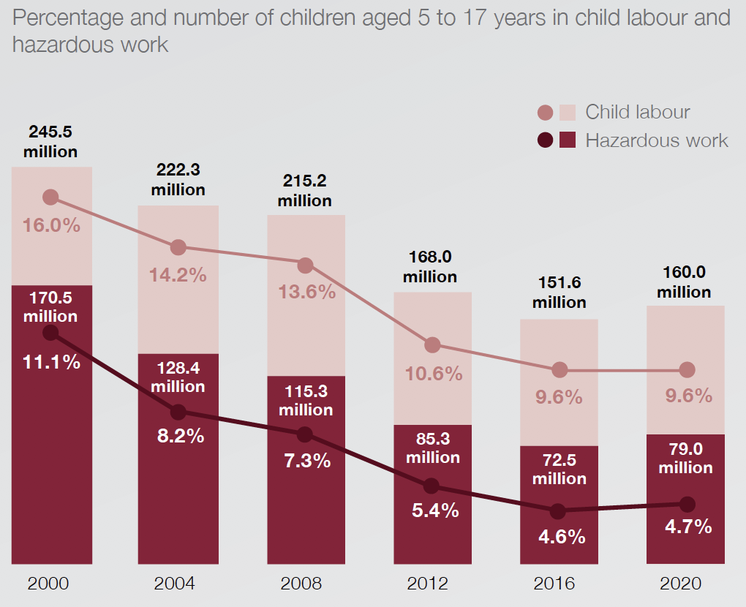 Goods. The Trafficking Victims Protection Reauthorization Act (TVPRA) of 2005 requires the DOL’s Bureau of International Labor Affairs (ILAB) to maintain a list of goods that are produced with the help of child or forced labor in violation of international standards s

Almost half of the goods produced with the help of child labor were agricultural commodities that ranged from coffee and sugarcane to cotton and tobacco. Some studies suggest that an expansion of export agriculture leads to more child labor in some developing countries.

Over 12% of Caribbean children work 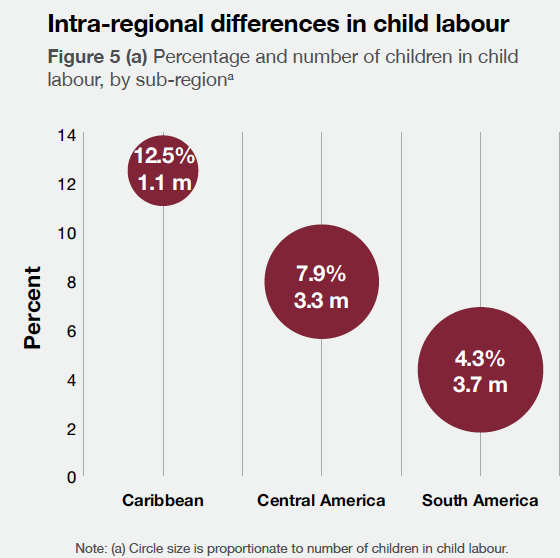 The Caribbean has the highest share of very young child workers 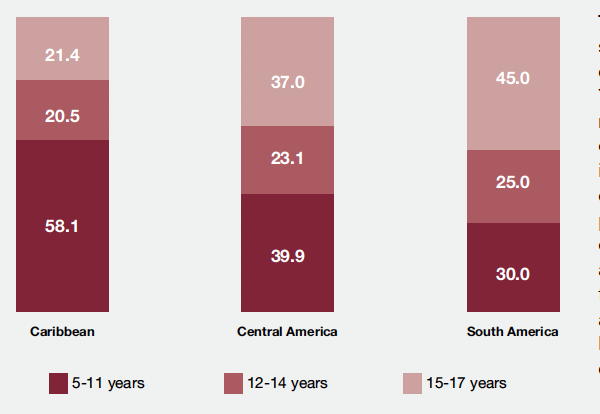 The 2020 list of goods produced with the help of child labor in Mexico includes several fresh vegetables. The ILAB report does not differentiate between fresh vegetables produced for the domestic and export markets.

Policies. Reducing the employment of child labor involves the carrot of offering low-cost education and other services so that children do not have to work and the stick of enacting laws that prohibit child labor and enforcing them. Many national and international programs seek to reduce and eliminate child labor.

The ILO plans its 5th global conference to eliminate child labor in South Africa in May 2022. 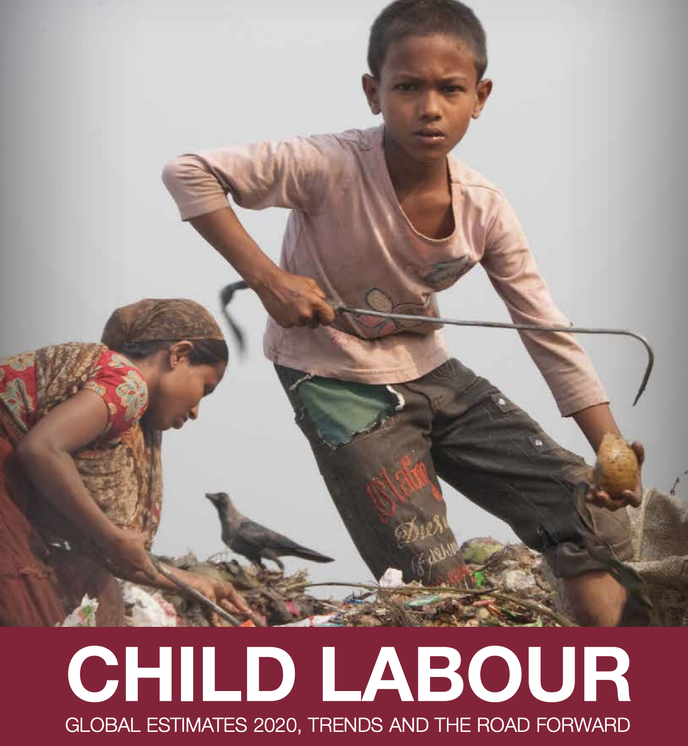 ILO. International Programme on the Elimination of Child Labour and Forced Labour (IPEC+)