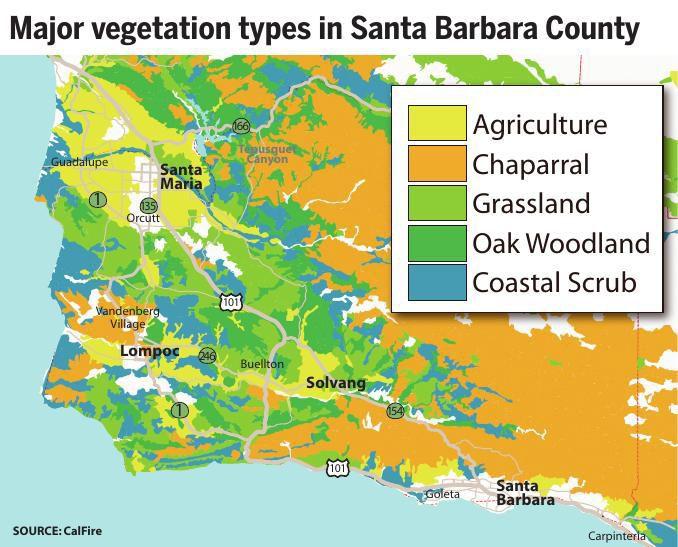 SB county had farm sales of $1.8 billion in 2020 (excluding cannabis), led by strawberries worth $725 million, cauliflower worth $110 million, and broccoli worth $105 million. The value of SB fruits were $903 million, and the value of SB vegetables was $650 million; wine grapes were worth an additional $95 million. 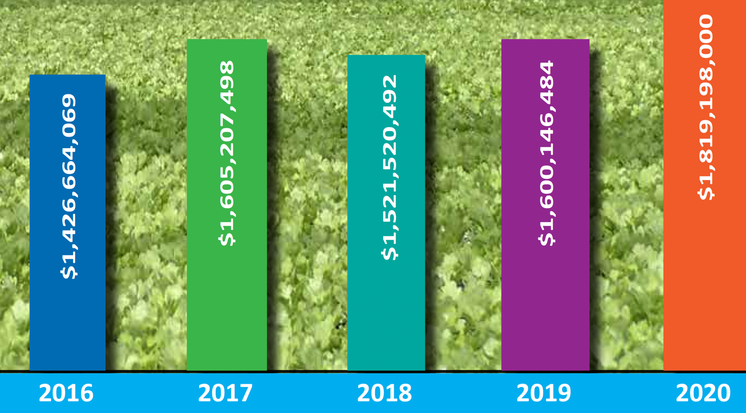 Santa Maria has emerged as the California region with the most acres of strawberries due to relatively low-cost land and a long growing season. The combination of a long season and low cost housing means that most strawberry pickers are local residents, although the employment of H-2A workers is increasing. 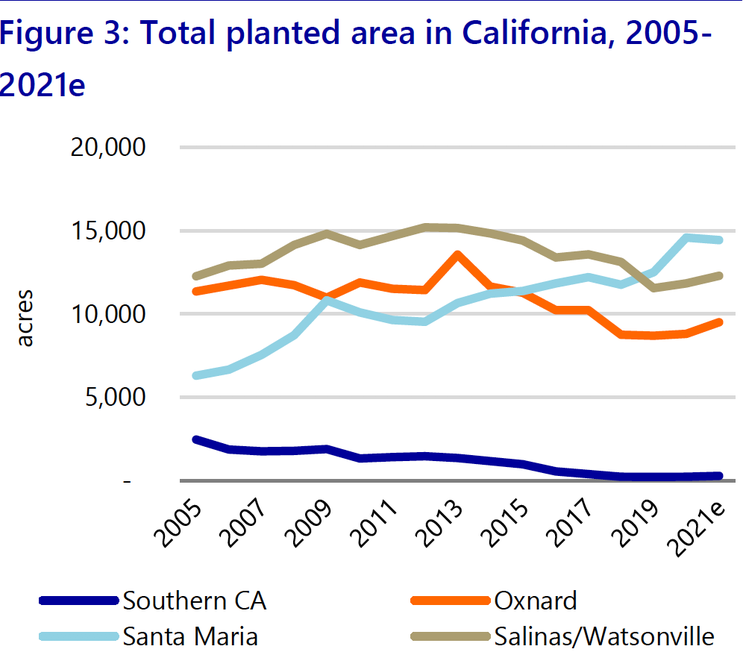 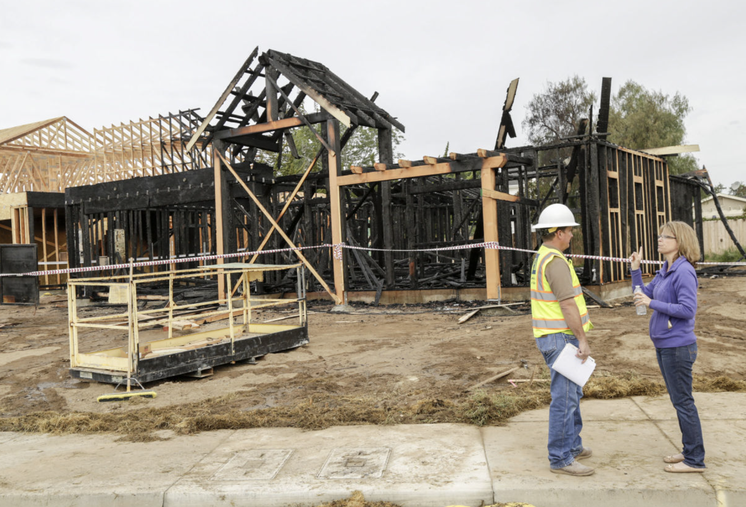 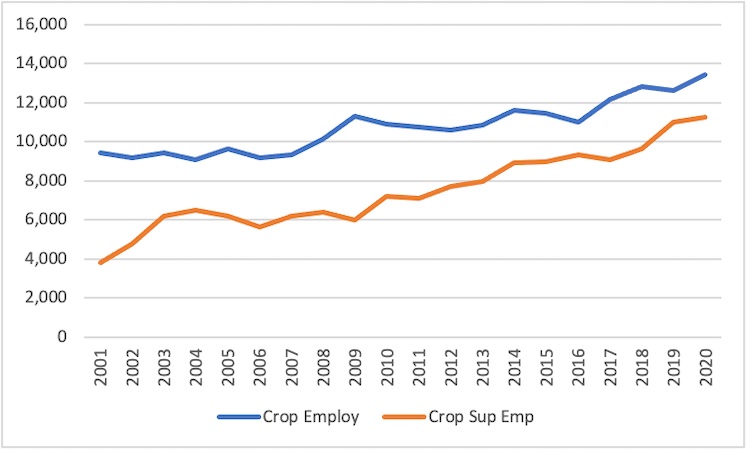 Average weekly wages in crop support rose in lockstep with direct-hire wages, were 10 percent lower in 2016-17, and then rose faster so that (1) workers brought to farms by FLCs and (2) those hired directly earned the same average $750 a week in 2020. Employees of FLCs earned 10 percent less than all crop support workers, an average $670 in 2020. 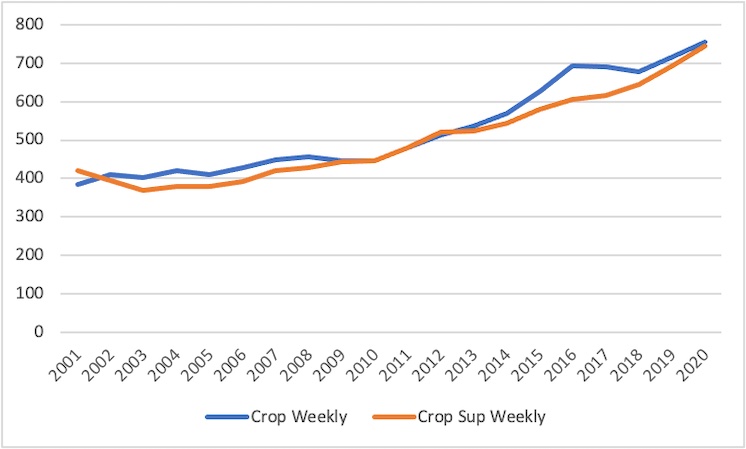