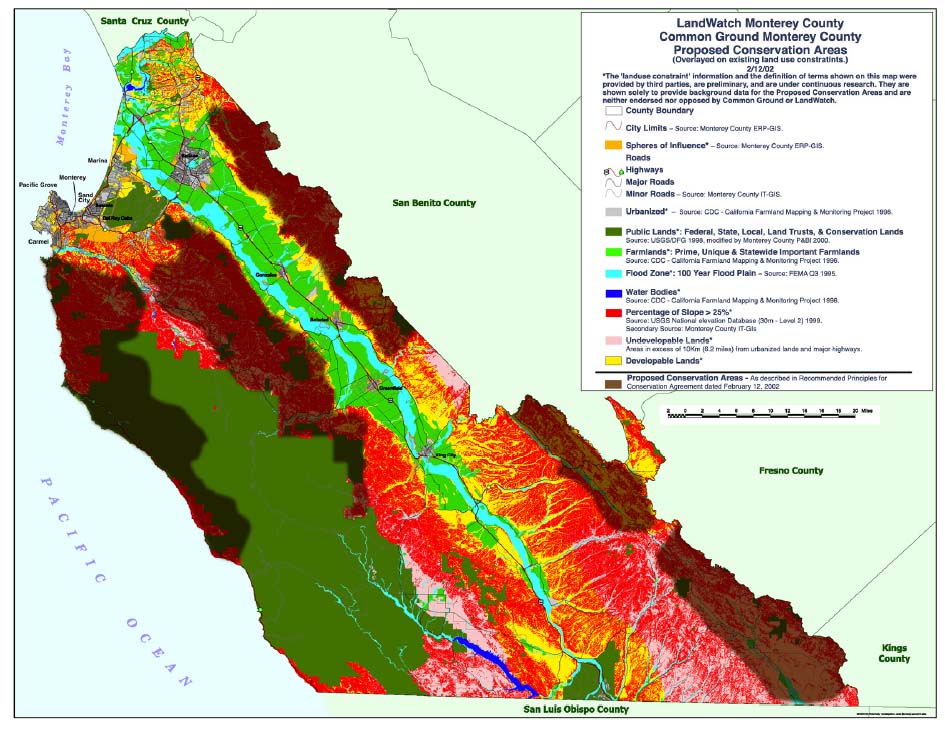 Monterey county had farm sales of $4 billion in 2020, almost three-fourths from vegetables, making Monterey the US salad bowl. The leading commodity was strawberries worth $920 million, followed by leaf ($710 million) and head ($430 million) lettuce.

Since 2000, head or iceberg lettuce has lost its dominance to leaf lettuces such as Romaine.

Leaf lettuces have replaced head lettuce as most planted and valuable

Most head and Romaine lettuce is bagged in the field 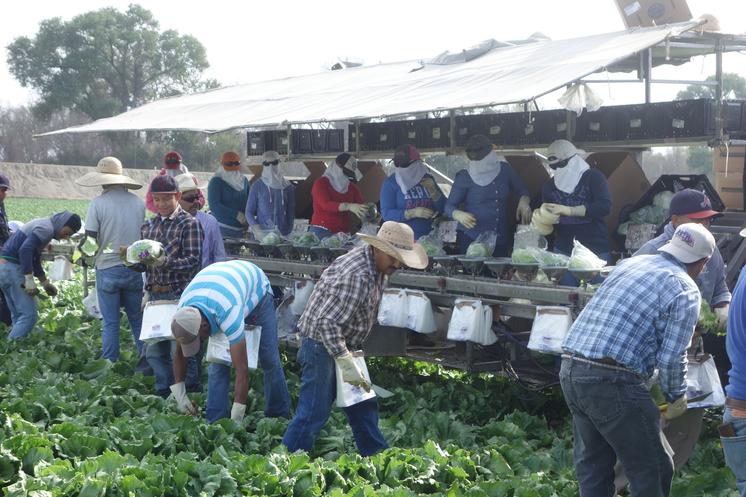 The 10,000 acres of strawberries in Monterey county generated 35 tons an acre worth $2,600 a ton or $1.30 a pound. A quarter of Monterey county’s lettuce acreage, and a third of the county’s strawberry acreage, is organic. 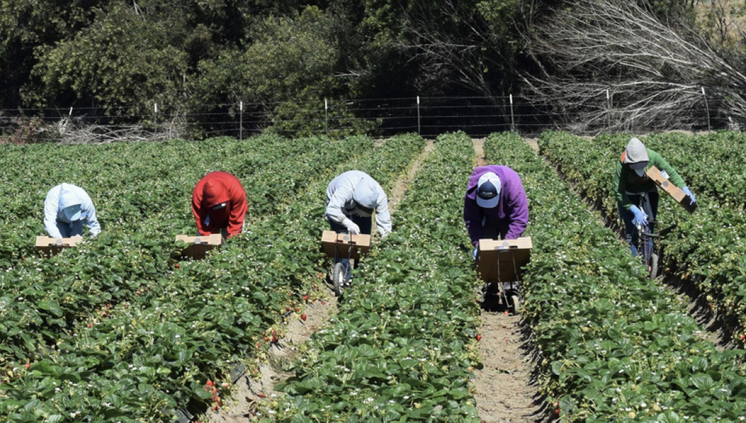 Cannabis is not included in these farm sales data. Monterey county is a leading producer of cannabis. County farm-level sales were almost $500 million in 2020, including 85 percent from mixed light flower, meaning that the cannabis was grown in a greenhouse with natural and artificial light.

Most cannabis relies on natural and artificial light

Employment. Employment in Monterey county agriculture averages 50,000, which suggests that up to 100,000 individuals are employed for wages on county farms sometime during the year due to seasonality and turnover. Average direct-hire employment in crops (NAICS 111) has been stable at about 19,000 since 2010, but average employment in crop support services (1151) almost doubled to 35,000 in 2020. 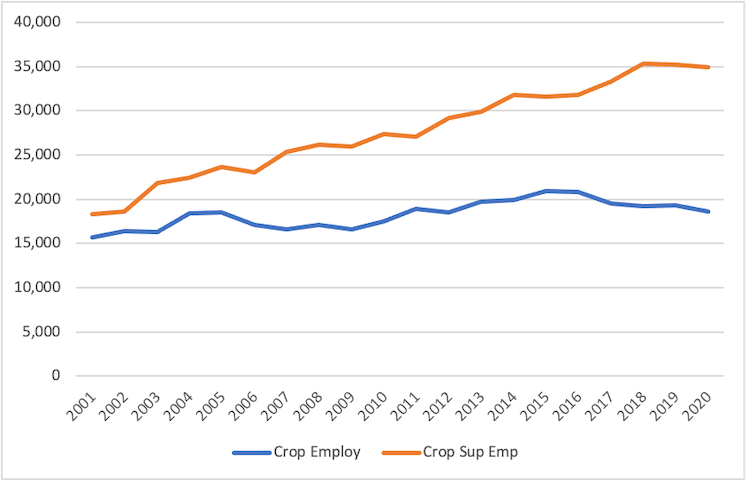 Within crop support, FLC weekly wages of $680 in 2020 were 85 percent of the $815 average for all crop support workers, and this ratio has been stable over the past two decades. Post-harvest sorting and packing wages, by contrast, fell from 50 percent above average crop support wages to 35 percent above or almost $1,100 a week in 2020. 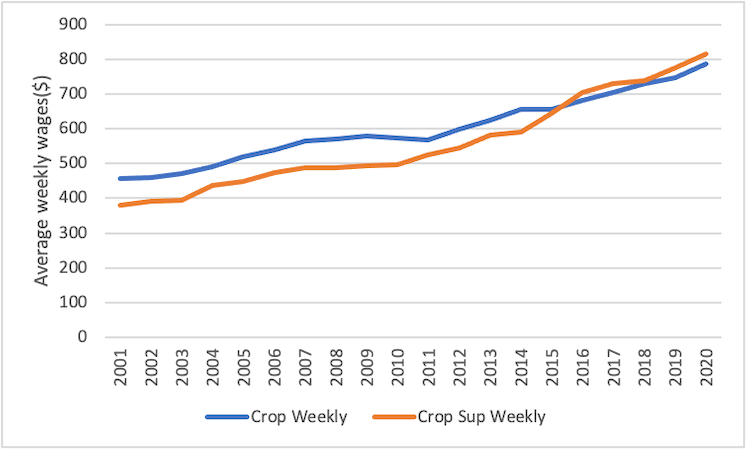 These employment and wage data include H-2A workers. Monterey county had 6,400 jobs certified to be filled with H-2A workers in FY20, a quarter of all H-2A jobs in the state.