Almost 13 million people or 30 percent of Thailand’s 42 million strong labor force are employed in agriculture. Most of those employed in Thai agriculture are self-employed Thai farmers and their unpaid family members, but an increasing share are migrant workers from neighboring Cambodia, Laos, and Myanmar.

Low-skilled migrants from Cambodia, Laos, and Myanmar can migrate legally to Thailand under MOUs. In border provinces, Thai employers can recruit migrants from Myanmar and Cambodia to work under renewable three-month contracts.

A 2018 ILO survey of 528 migrant farm workers who were employed to produce corn, palm oil, rubber and sugarcane found that almost 60 percent did not earn the Thai minimum wage of 305 baht ($9) for an eight-hour day or 7,320 baht ($212) for a 24-day work month. The share of migrant workers who did not receive the minimum wage varied by province, and was very high in Tak province on the Burmese border.

Agriculture. Thailand is a country of 66 million with a GDP per capita of $7,500. The most important farm commodity is rice, which is grown on half of Thailand’s farm land and is the most important agricultural export. Thailand is also an important producer and exporter of sugar, palm oil, cassava, and rubber, as well as tropical fruits, chicken, fish, and seafood.

Thailand is a major food exporter 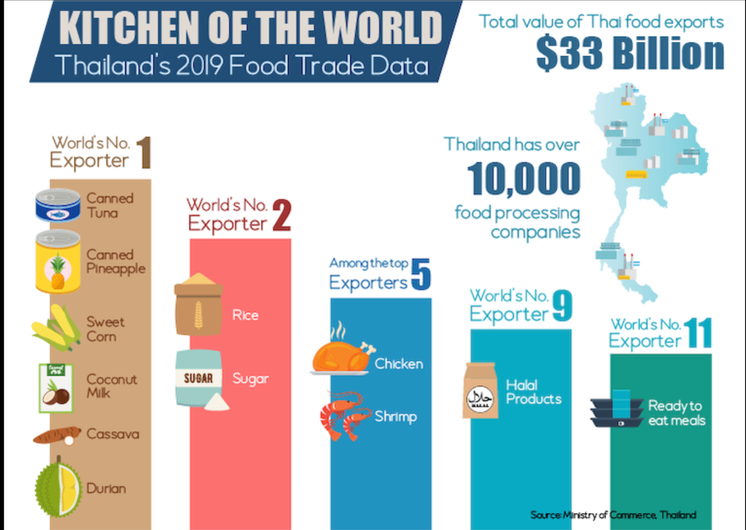 The Thai government encouraged farmers to switch from producing rice to sugarcane, and encouraged the expansion of rubber plantations in the northeast, leading to overproduction and falling prices. 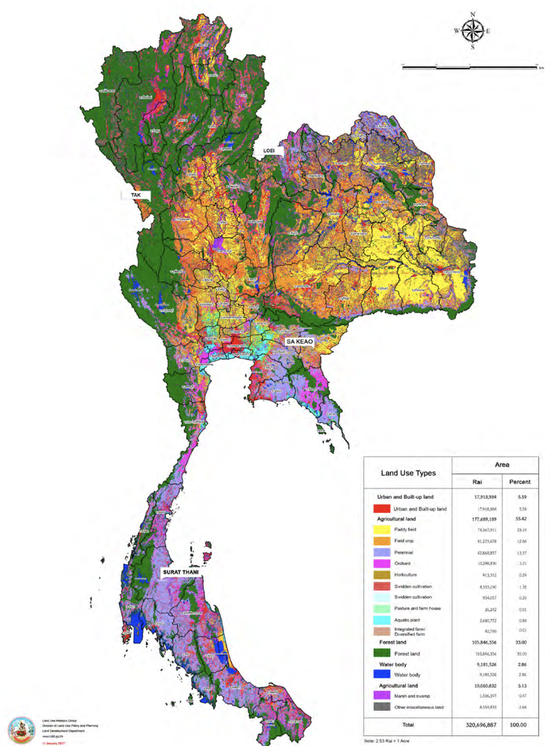 Rubber is second to rice in land area planted, and some five million tons was produced in 2018, when Thailand was the world’s leading exporter of natural rubber. Most rubber farms are small operations that hire workers to tap rubber trees, collecting the liquid in buckets and molding it so that it dries into sheets that are processed.

Palm oil occupies six percent of Thai farm land and yields over 11 million tons a year. Hired workers harvest palm oil fruits from the tops of trees that are transported to mills that extract the oil.

Thailand produces about 100 million tons of sugarcane from 1.2 million hectares. Sugarcane competes with rice and cassava for land, and some of 200,000 to 300,000 farmers who normally grow sugar cane may switch to other crops in 2022-23 due to high fertilizer prices. Most Thai sugar is exported, although the government wants to use some sugarcane to make ethanol. 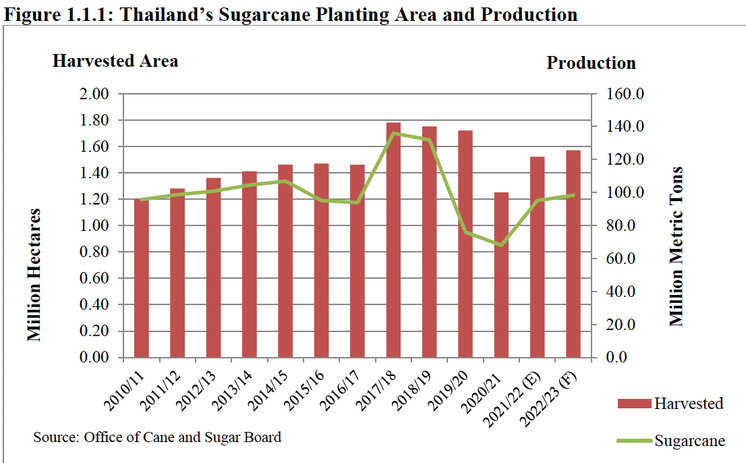 Over half of the migrants interviewed were women, and 45% were Burmese women who worked in sugarcane

Two-thirds of the migrants interviewed were lawfully employed in Thailand. The largest share, 34 percent, legalized their status under nationality verification, meaning that they received documents in Thailand from authorities in Cambodia, Laos, and Myanmar that verified their citizenship in these countries. Another 14 percent entered under the MOUs, and 13 percent were employed under a border-area program that allows Thai farmers to recruit migrants from neighboring countries for three months.

2/3 of all migrant farm workers, and 2/3 of Burmese migrants, were documented

The ILO survey reported that a third of migrants found Thai farm jobs via friends and relatives, a sixth were recruited by a Thai farm employer, and a quarter migrated to Thailand without knowing where they would find work.

Sugarcane workers had the highest wages, an average of over 10,000 baht a month. By contrast, corn offered the lowest earnings.

Cutting sugarcane is the most difficult job filled by migrants 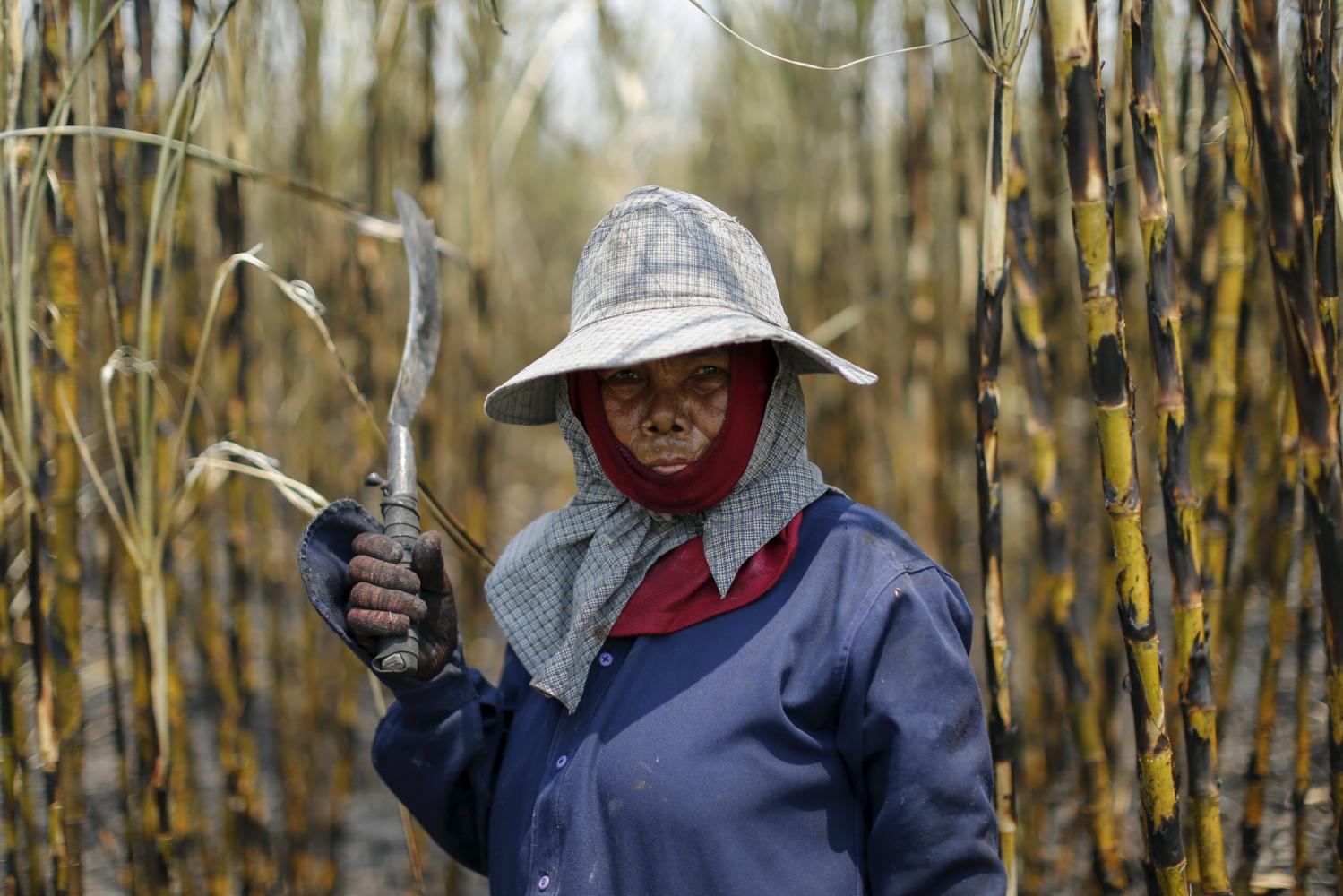 Wage systems varied by commodity. Migrants in rubber typically received a share of grower revenue, migrants in corn were paid a daily wage, and migrants in sugarcane were paid piece rate wages that reflected how many tons of cane they cut.

Thailand allows employers to pay for worker documentation costs and legalization fees and deduct these costs from worker wages. Many migrants ask for wage advances, which employers also deduct from worker earnings. Half of the migrants interviewed had deductions from their wages, including a third who had wage deductions during their entire period of employment in Thai agriculture.

½ of migrants had deductions from their wages, most often for utilities and documentation

Over 85 percent of the migrants reported that they received housing at no cost from their employers, although migrants employed in seasonal crop tasks in sugarcane and corn were often provided with building materials to build their own housing on the farm. Some 30 percent of migrants experienced workplace problems, typically unpaid wages, long work hours, and employer retention of personal documents.

Perspective. The Thai government has struggled to manage the migration of low-skilled workers from neighboring lower-wage countries. One overriding principle of Thai policy is to avoid having migrant workers become immigrants and eventually Thai citizens. However, most migrants are employed in year-round jobs and by employers who see little prospect of replacing migrants with Thais, leading to migrant settlement, family formation, and children born in Thailand to migrant parents.

The Thai government appears to tolerate sometimes poor treatment of migrants until internal and external pressures force new regulations and their enforcement. This occurred in fish and seafood, where reports of migrant worker abuse threatened export markets and led to reforms that improved recruitment, wages, and safety and health protections for migrants.

The ILO has been monitoring migrants in Thai fishing and seafood 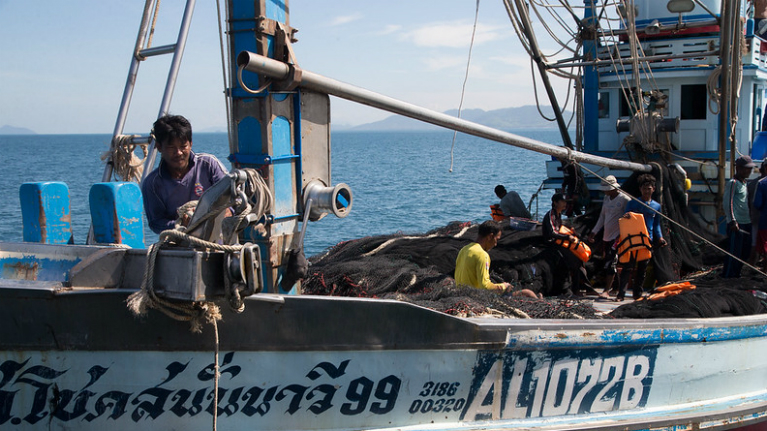 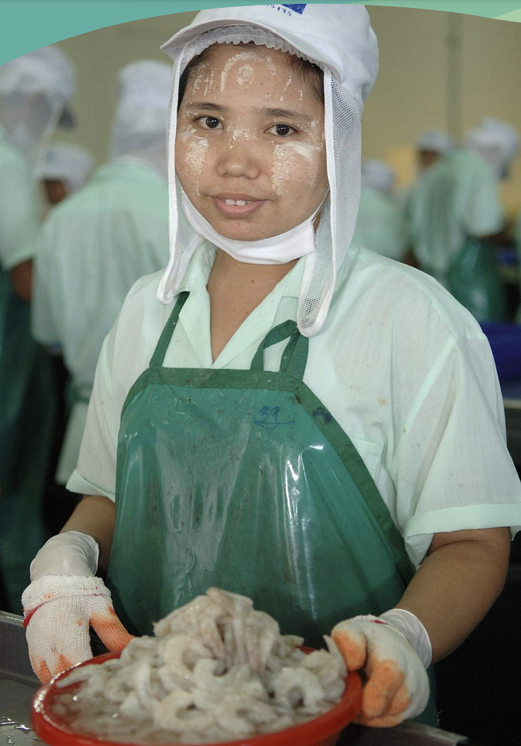 ILO. 2022. Working and employment conditions in the agriculture sector in Thailand: A survey of migrants working on Thai sugarcane, rubber, oil palm and maize farms.