Canada is the great immigration exception among industrial countries. The government aims to increase the population of 38 million by one percent each year with immigrants, has a generous social welfare system, and enjoys widespread public support for its immigration and integration policies. Canadian exceptionalism is due in part to a flexible point system that gives priority to young and well-educated foreigners who know English or French and who studied or worked in Canada.

Covid reduced immigration to Canada in 2020 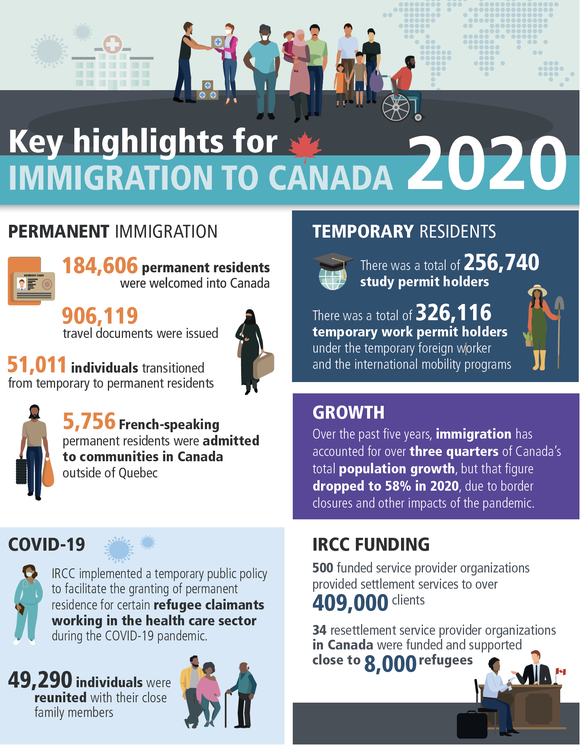 Immigration to Canada peaked between 1895 and 1913, when 2.5 million newcomers arrived, including 400,000 who arrived in the peak year of 1913, adding five percent to the then-population of 7.6 million. The Canadian government encouraged Europeans to immigrate and settle the midwestern provinces, offering 160 acres of land to farmers. 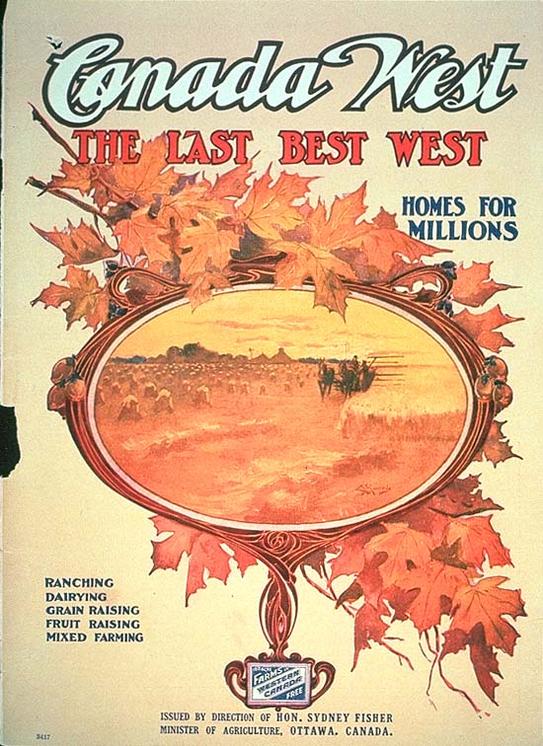 Immigration was low during the 1920s, 1930s, and 1940s, rose in the 1950s, but began to fall as European countries recovered from WWII. Canada opened doors to Asian immigrants in 1962 and introduced a point system in 1967 to give priority to young and educated immigrants who speak English or French. One member of a family had to achieve at least 67 of 100 possible points to receive an immigrant visa, resulting in a higher share of immigrants having college degrees than Canadian-born residents.

Well-educated immigrants sometimes fail to find jobs that use their skills, leading to brain waste, as when doctors trained in India drive taxis in Canada. There are many explanations for and policies to reduce brain waste, ranging from anti-discrimination laws to programs that speed up the recognition of credentials earned outside Canada. Most of Canada’s eight million immigrants settle in metro Toronto, Vancouver and Montreal, the three cities with a third of Canadians.

Almost half of the foreigners invited to apply for immigrant visas under express entry in recent years were already in Canada, highlighting the importance of Canadian education, work experience, and job offers. Immigrating to Canada often means arriving as a student, foreign worker, or other temporary visitor and finding a Canadian employer or provincial government to support an application for an immigrant visa.

Almost half of Express Entry immigrants are already in Canada

Canada establishes immigration targets that aim to make the country a destination for global talent, unite families, and “fulfill Canada’s humanitarian commitments.” The government says that immigrants contribute to short-term economic growth by addressing labor market needs and bolster the long-run growth potential of the country.

Canada plans to admit over 400,000 immigrants a year

Guest Workers. The rising share of immigrants who adjust status to immigrant while in Canada focuses attention on the employer and education gatekeepers who bring foreigners to Canada as guest workers and students.

Canada had over 400,000 guest workers in 2019, compared to a million in the US, even though Canada’s labor force of 20 million is only an eighth of the US labor force of 160 million.

Canada has several Temporary Foreign Worker Programs (TFWPs), including the Seasonal Agricultural Worker program that allows employers to hire foreign guest workers after receiving a Labor Market Impact Assessment confirming that Canadian workers are not available to fill the job. Some 103,830 work permits were issued under Canadians TFWPs in 2021. 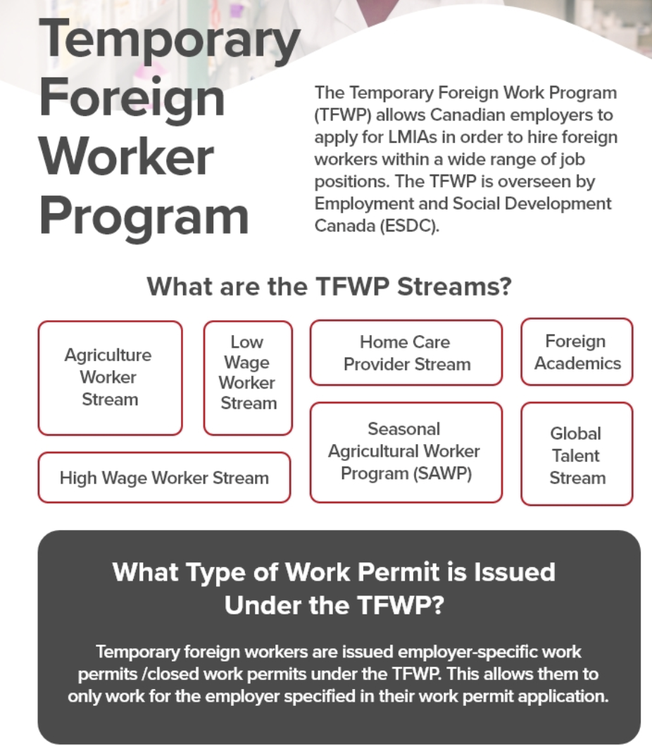 The separate International Mobility Program allows employers to hire foreign workers without testing the labor market if the job serves Canada’s cultural and economic interests. Employers post their job offers in a government portal and provide the code to the foreign worker they want to hire, who submits an application for a work permit. The IMP is used to bring workers to Canada under free-trade agreements such as NAFTA-USMCA, to move workers within a company (intra-corporate transfers), and for 18-to-35-year old youth who want to work and learn in Canada. Some 341,745 work permits were issued under the IMP in 2021.

The IMP does not require labor certification

There have been periodic protests against guest workers, as when several McDonald’s restaurants gave more hours of work to Filipino guest workers than to Canadian employees and banks subcontracted their IT work to firms that relied on Indian guest workers, displacing Canadians. The government in 2014 promised to step up enforcement to ensure that employers hired Canadians first, generate more reliable data on wages and labor market conditions, and increase penalties on employers who violate guest worker program regulations.

The government in 2014 promised to tighten TFWP regulations 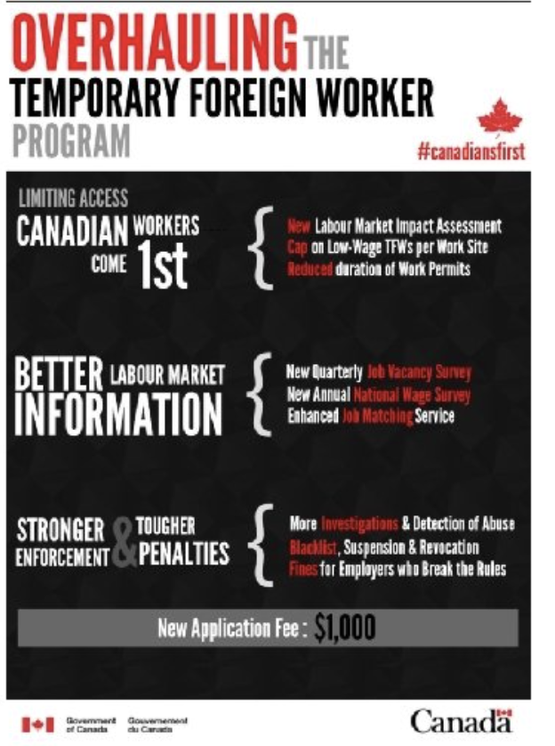 Provinces are responsible for determining which schools are Designated Learning Institutions that may admit foreign students. In 2019, there were over 400,000 international students in Canada, but covid reduced their number to 257,000 in 2020. Some international students, typically three to five percent, are able to become immigrants each year.