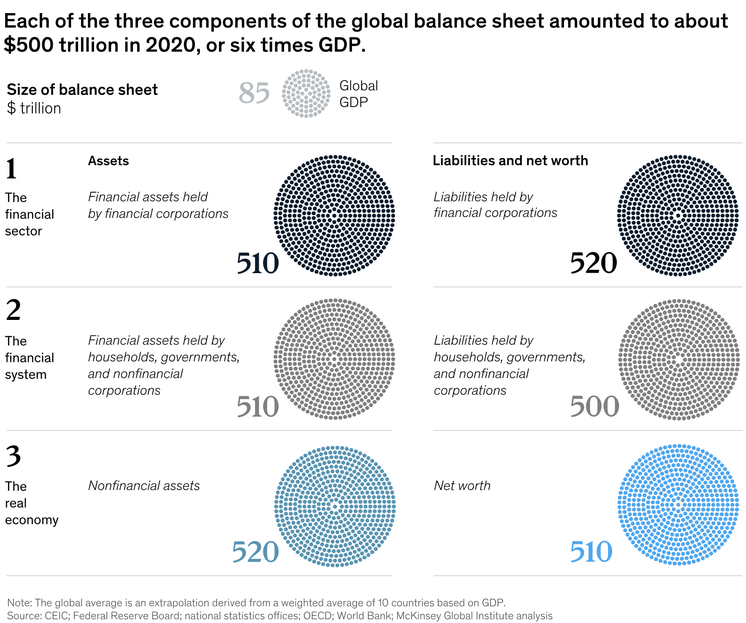 A major reason for rapidly rising global wealth is low interest rates that increased the value of assets, such as the tripling of home prices between 2000 and 2020 in major industrial countries. Australia, Canada, France, and the United Kingdom had the highest growth among countries in the value of household real estate relative to GDP.

Global per capita net worth (assets minus liabilities) averaged $66,000 or $104,000 per person at Purchasing Power Parity (PPP). Per capita net worth ranged from $46,000 in Mexico to $350,000 in Australia in nominal terms, and from $104,000 to $356,000 at PPP. Australia and Canada have extensive natural resources relative to the size of their populations, explaining their high net worth per capita, while Germany and Japan have significant machinery and other real assets that increase per capita net worth. 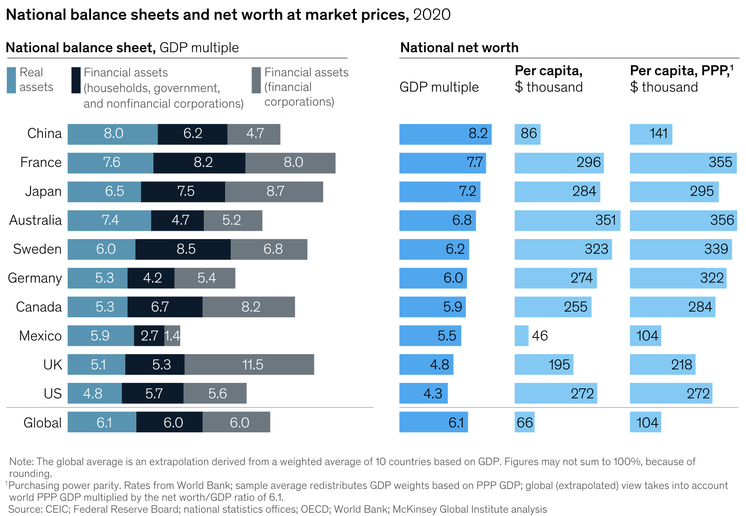 Most household net worth is in housing; residential real estate was almost half of global net worth in 2020. Adding the value of buildings and land owned by corporations and governments makes real estate two-thirds of global wealth.

Real estate is 2/3 of global wealth 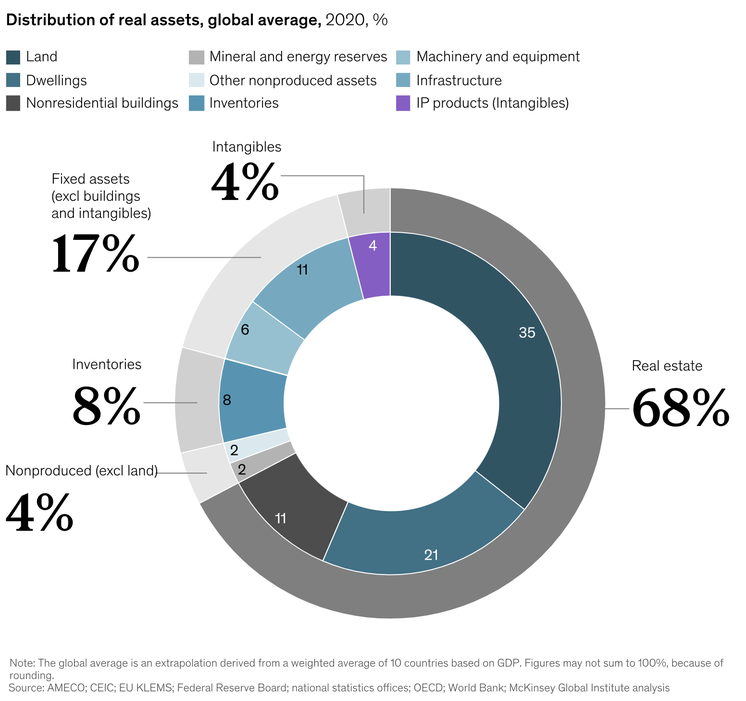 A country’s wealth typically rises in lockstep with GDP growth. However, Japan’s bubble economy in the late 1980s allowed net worth at market prices to be eight times GDP. A similar story is emerging in China, where net worth was almost eight times GDP in 2020.

On average, wealth is 50% larger than a country’s GDP 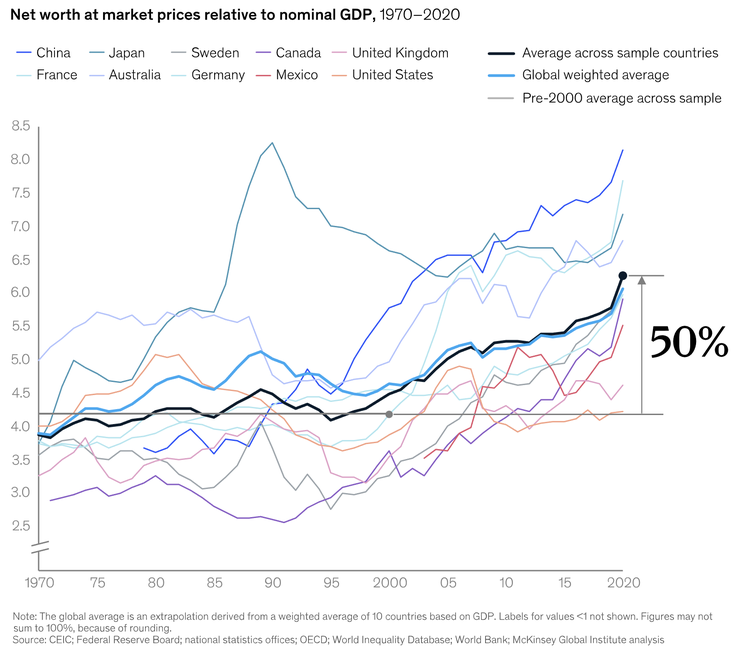 HNWIs. High net worth individuals are defined as persons with investable assets of $1 million or more, excluding their primary residence and consumer durables, while ultra HNWIs have $30 million or more in investable assets. Capgemini estimated that there were 22.5 million HNWIs in 2021, including a third each in North America and the Asia-Pacific region. 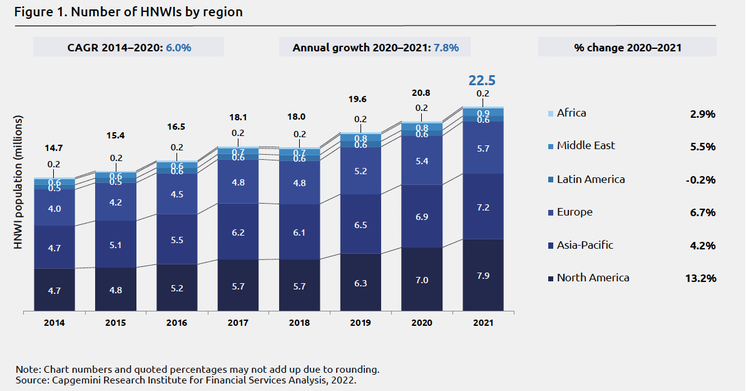 These HNWIs had $86 trillion in financial wealth in 2021, including $28 trillion or a third in North America and $25 trillion or 30 percent in Asia. 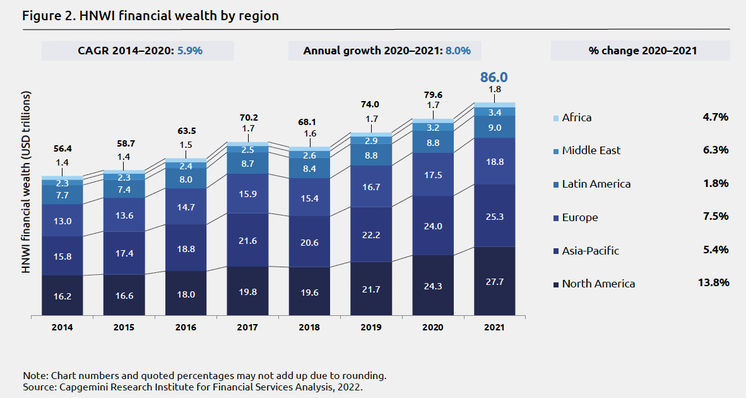 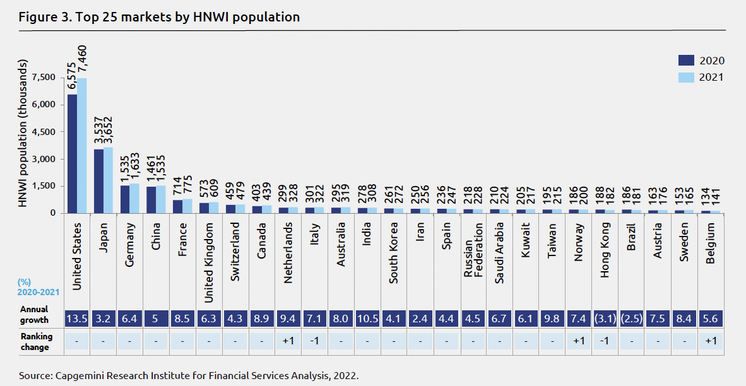 Caribbean golden visas are among the lowest cost, typically requiring $100,000 for citizenship that can lead to visa-free travel to a wide range of destinations in less than a year. European programs usually require more investment and time before the foreign investor can become a citizen.

Russia, China, and India are projected to provide 1/3 of the migrant HNWIs in 2022

The leading destinations for emigrating HNWIs include the UAE, Australia, Singapore, and Israel. HNWI migrants seek stable countries with growing economies and low taxes, including no inheritance taxes.

The UAE and Australia lead among destinations for HNWI migrants 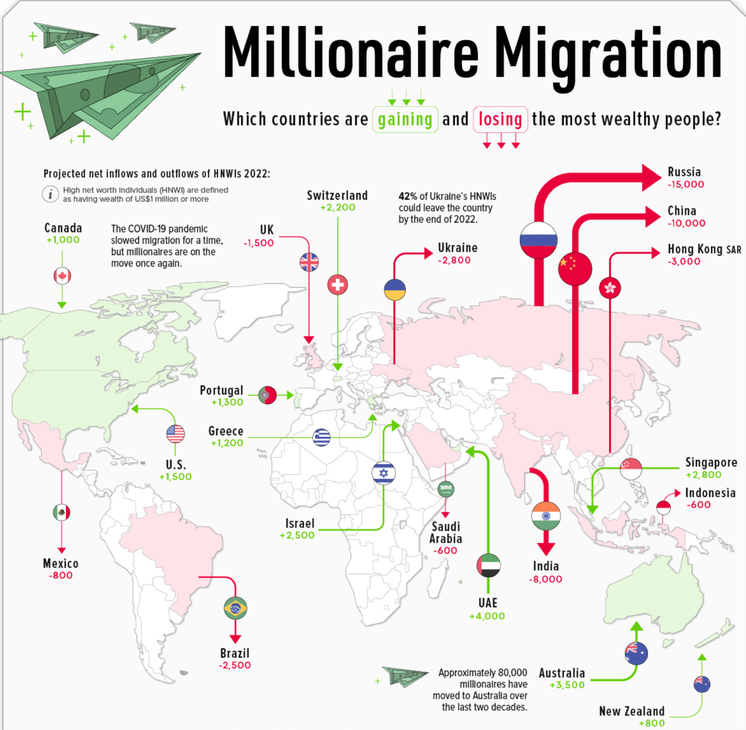 McKinsey. 2021. The rise and rise of the global balance sheet: How productively are we using our wealth?https://www.mckinsey.com/industries/financial-services/our-insights/the-rise-and-rise-of-the-global-balance-sheet-how-productively-are-we-using-our-wealth