DOL’s National Agricultural Workers Survey interviewed 3,582 California non-H-2A crop workers over four years, 2015-19, almost 900 a year. California crop workers are aging, settling in one place with one farm employer, and are half unauthorized. Their personal incomes averaged $2,000 a month from farm earnings of about $600 a week for 35 to 40 weeks a year. Most California crop workers want to continue to do farm work as long as they can.

The California NAWS profiles mostly workers who are hired directly by growers and who are performing non-harvesting jobs when interviewed. For the past decade, more workers have been brought to California farms by nonfarm employers such as farm labor contractors than were hired directly; a higher share of FLC than direct-hire employees harvest crops. Harvest workers may also be younger and more migratory than the workers who are employed in pre-harvest tasks and who operate equipment and who predominate in the California NAWS.

Demographics. The California NAWS found that the state’s crop workers were 70 percent men who were an average 40 years old; a sixth were 55 or older. 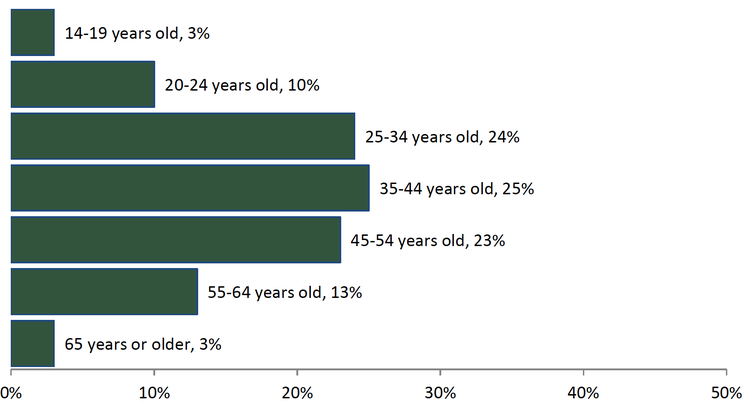 Almost two-thirds of California crop workers were married, and almost 60 percent were parents. Those with minor children had an average two such children living with them; 30 percent had three or more minor children.

Almost 85 percent of California crop workers were born in Mexico and 80 percent were in the US at least 10 years. 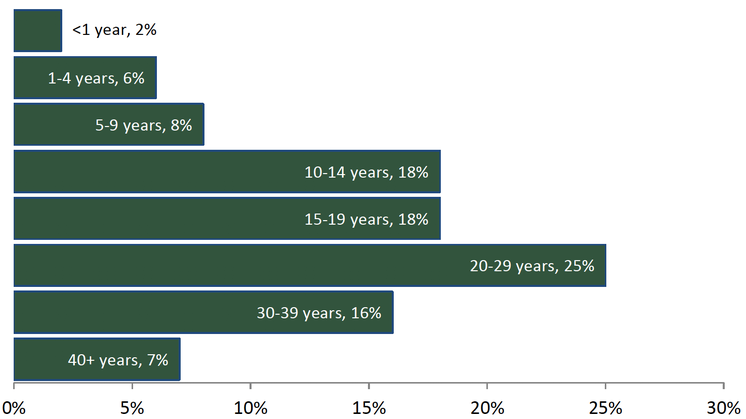 California crop workers had an average eight years of schooling. Almost 90 percent said that Spanish was their primary language; only three percent reported an indigenous language. A sixth said that they can speak and read English well, but 70 percent could not speak any or much English, and three-fourths could read little or no English. 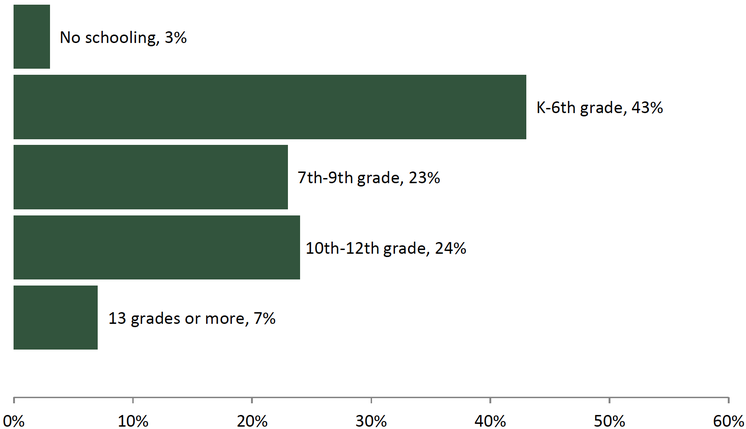 Over 70% of California crop workers spoke little or English

Farm work is like nonfarm work for over 90 percent of California crop workers, meaning that almost all crop workers live off the farm where they work and commute to their farm jobs by car or truck. Two-thirds of crop workers rented housing from someone other than their employer, 20 percent lived in homes owned by themselves or a family member, and 10 percent lived in employer-provided housing.

Authorized workers and those in the US for more years were most likely to live in single family homes. Three fourths of crop workers lived within 24 miles of the farm where they worked.

When interviewed, 93 percent of the crop workers were employed in FVH commodities, including:

Harvest workers in FVH commodities had the shortest work weeks

Over the 2015-19 period, California crop workers earned an average $12.13 an hour, including $11.61 per hour for workers paid hourly wages and $14.87 an hour for workers earning piece rates. Hourly earnings were highest for harvest workers who have more years of experience with their current employer.

Almost 30 percent of California crop workers received a cash bonus in addition to wages, which was a holiday bonus for most of those who received a bonus. 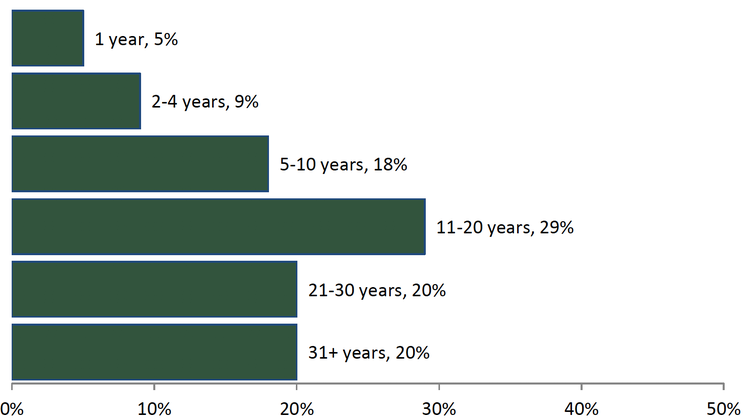 Half of California crop workers had parents who did US farm work, including an eighth whose parents were currently doing US farm work. Unauthorized workers were most likely to say they plan to continue to do farm work as long as possible.

Many farm jobs are seasonal. California crop workers averaged 37 weeks of farm work, and most crop workers were in the US without farm work or abroad during the other weeks. A sixth of crop workers also had nonfarm jobs, most often maintenance and repair jobs or jobs in animal agriculture. When asked why they left these non-crop jobs, two thirds gave a personal reason and one third reported being laid off or fired.

¼ of all California crop workers, and ½ of migrants, had below-poverty level incomes

The Latino health care paradox is that new arrivals from rural Mexico are often healthier than Mexican-born workers who have been in the US for longer periods. Among California crop workers, spouses (67 percent) and children (91 percent) were more likely to have health insurance than crop workers (58 percent) themselves. Of the workers who had health insurance, government was the major provider, followed by the worker’s farm employer. Government was also the major provider of health insurance for farm worker spouses and children.

Perspective. The NAWS interviews workers while they are doing farm work, and obtains data on the demographics, employment, and earnings of non H-2A workers who are employed on the state’s crop farms.

Average weekly wages were $800 in 2020 for workers hired directly by crop employers and $600 for employees of FLCs.

California ag employment varied by month, and most for FLCs, in 2020 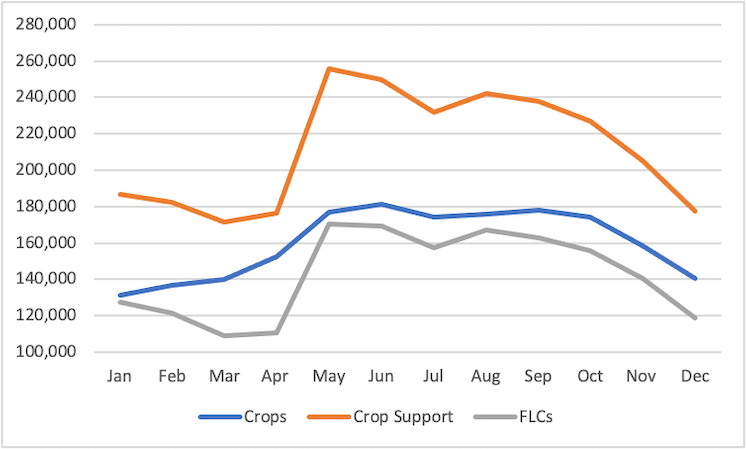