Canada had 39 million people on July 1, 2022, up almost 300,000 from the previous year and up from 35 million in 2012, largely due to immigration. Over half of newly arrived foreigners were non-permanent residents, including asylum applicants and work and study permit holders.

Canada’s 2021 census found that that a record 8.3 million people or 23 percent of residents were born abroad, more than the 22 percent who were born abroad during the period of mass immigration between 1910 and 1930. The immigrant share of Canada’s population is projected to increase to 30 percent or more by 2040. 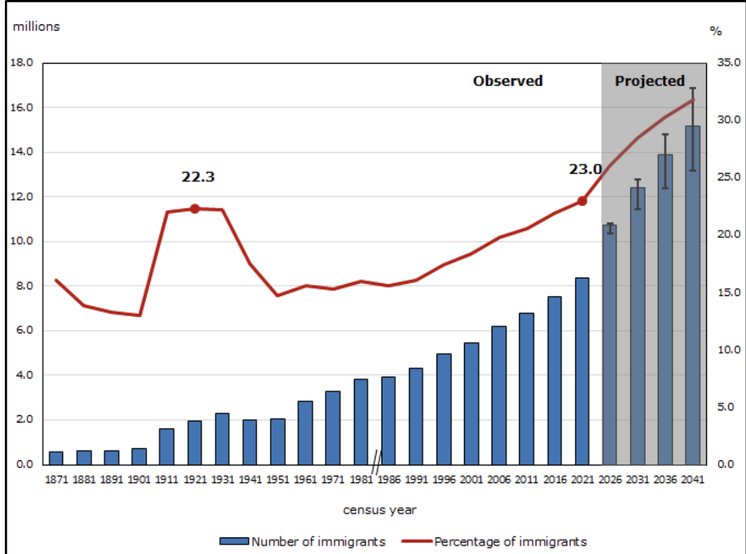 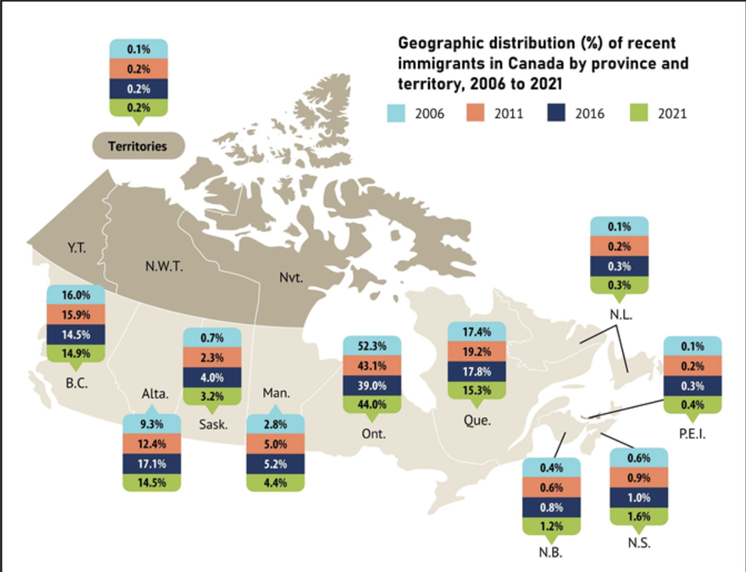 Over 40% of the residents of Toronto and Vancouver are immigrants 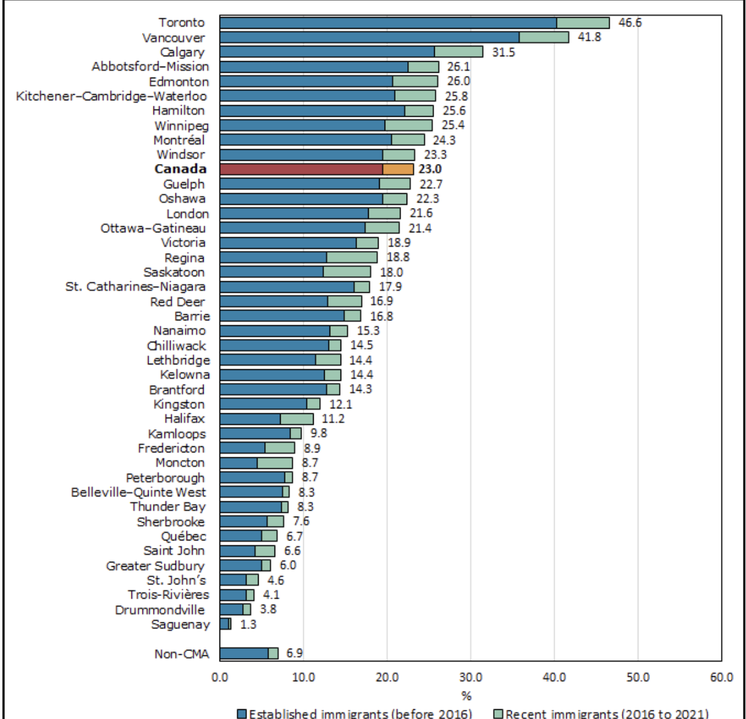 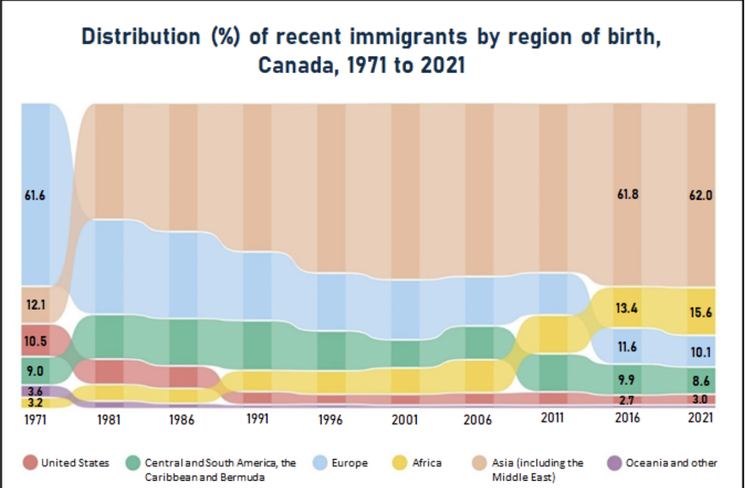 India, the Philippines, and China accounted for 40% of Canada’s 2021 immigrants 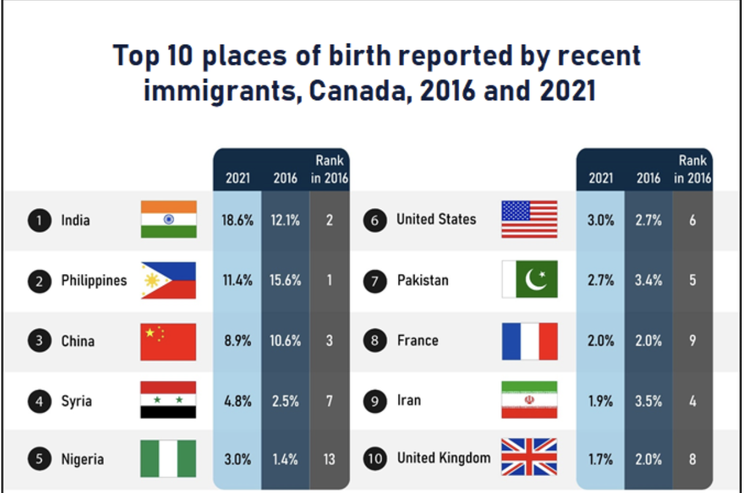 System. Canada uses a point selection system to set priorities for aspiring immigrants. Over 56 percent of the 431,645 immigrants admitted in 2021 arrived via the economic stream that awards points for youth, education, English or French, and a Canadian job offer or work experience. A third were admitted via the provincial nominee program that allows provinces to recommend immigrant visas for foreigners who meet local labor needs and agree to live in the province for two years.

Between 2016 and 2021, some 1.3 million immigrants arrived, including half or 748,000 who arrived via the economic stream. Of these economic immigrants, a third were selected via skilled worker programs and a third via provincial nominee programs. 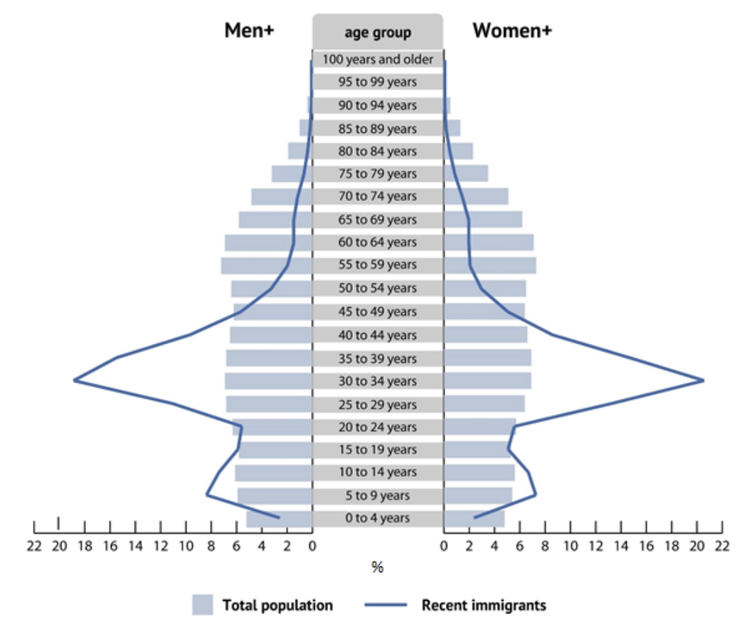 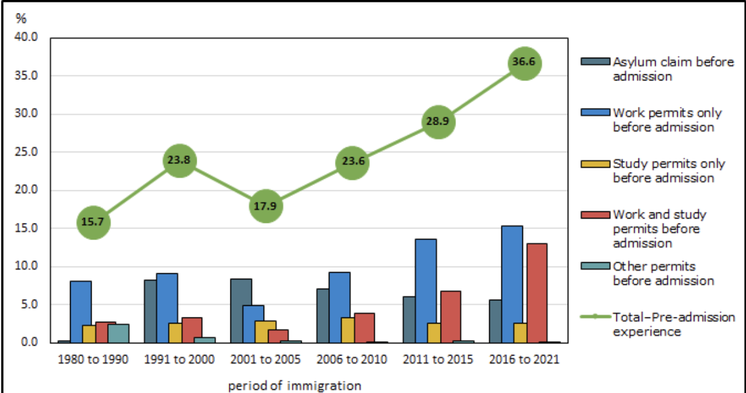 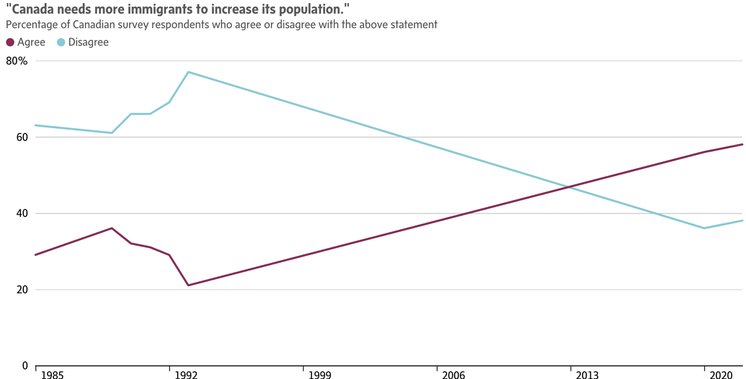 Over 80% of Canadians say that immigration has positive economic impacts 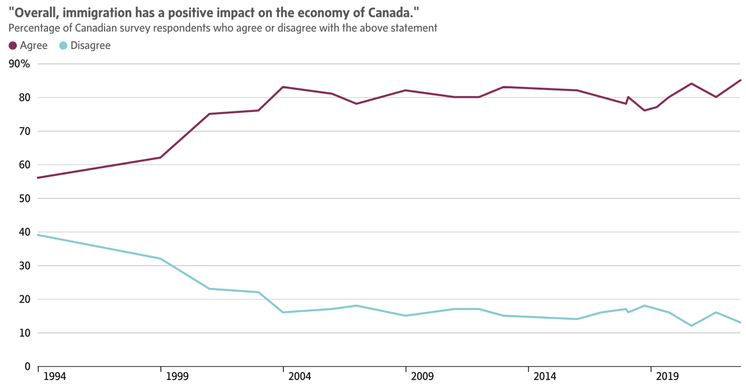 The share of Canadians who say that too many immigrants do not adopt Canadian values has been falling, and is now less than half. 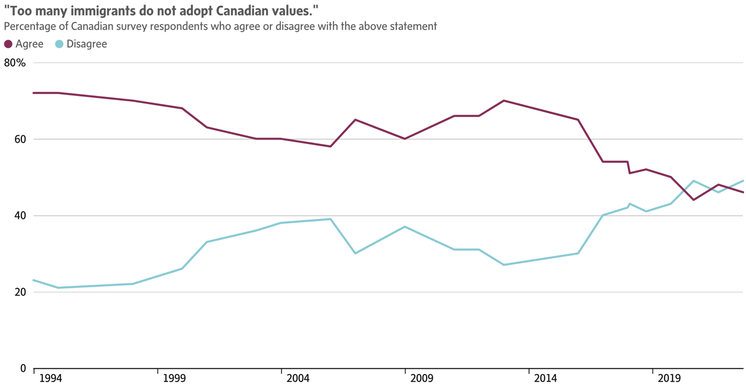 Challenges. A third of new immigrants settle in Toronto, the largest city in Canada with 6.2 million residents, where many struggle to find affordable housing. Migrant advocates say that Canada’s expensive housing is the major obstacle to successful integration, leading to overcrowding. Immigrants who arrived to join family members and refugees are most likely to report difficulty finding affordable housing.

Canada has among the highest levels of consumer debt among industrial countries. Canadian household debt of C$2.1 trillion was 105 percent of Canada’s GDP in 2022, including C$1.7 trillion of mortgage debt. This made the average household debt to income ratio 170 percent, up sharply from less than 70 percent in 1980. Home prices in Canada average C$700,000, almost twice the US average, and are declining as interest rates rise.