Fish, seafood, and algae can be consumed fresh or frozen, canned, or dried; some is used for a non-human food purposes, such as fish meal. About 90 percent of the aquatic animals caught or raised were consumed by humans. The largest share, 44 percent, was consumed fresh, followed by 35 percent that was frozen. The share of fish that are salted and dried is highest in developing countries.

90% of fish and seafood are consumed by humans, most often fresh or frozen 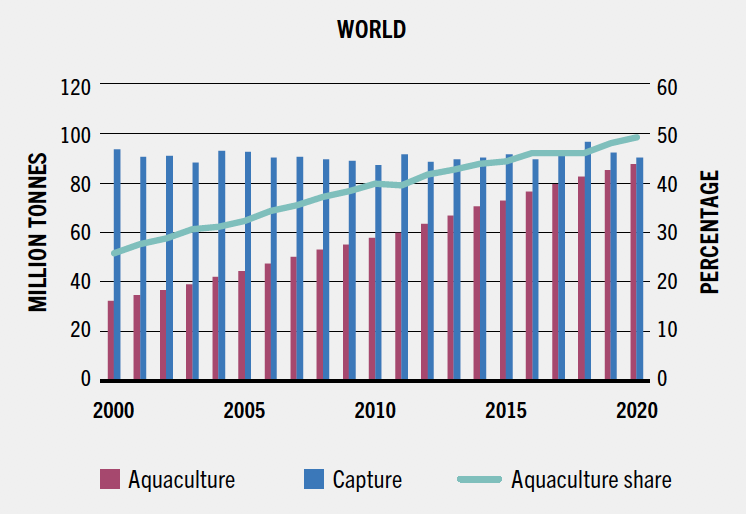 The top 10 countries accounted for 57% of wild fish caught 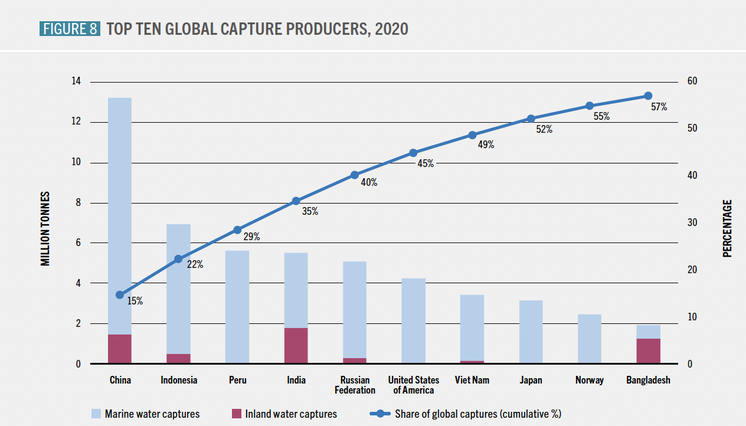 ⅓ of the world’s fish stocks were overfished in 2020 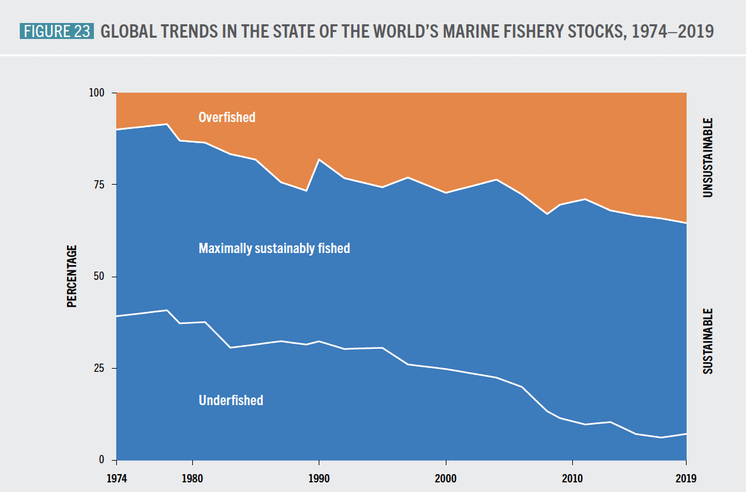 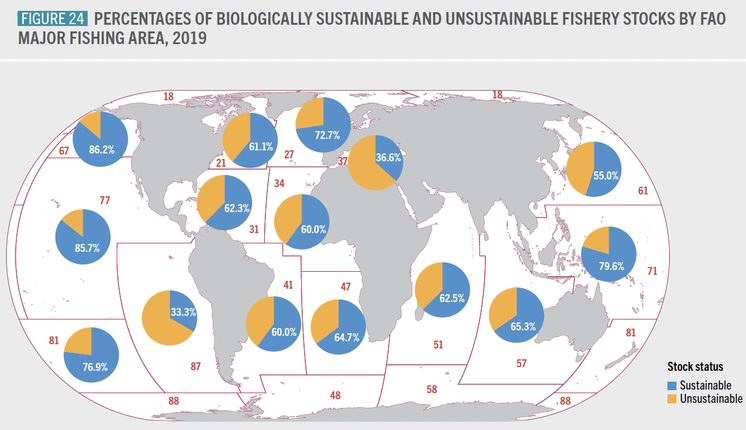 Persons employed in aquaculture tend to be employed full time 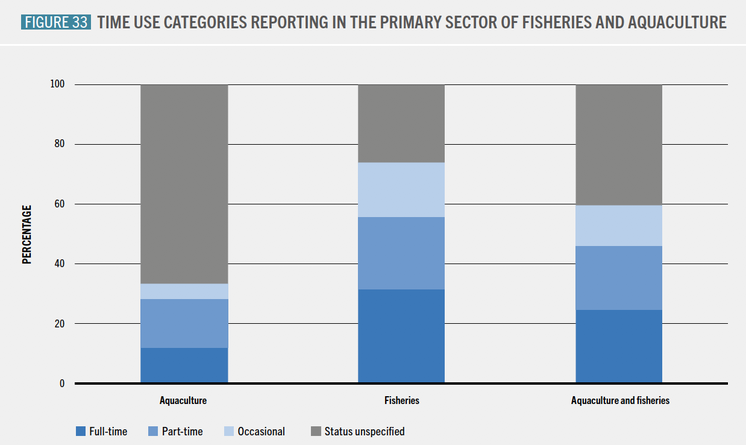 Most fishing vessels are small; under 12 meters and with only one deck. The 45,000 fishing vessels that were more than 24 meters or 80 feet were only five percent of the motorized fishing fleet, but they caught most of the world’s caught fish.

Asia has 2.7 million fishing vessels or two-thirds of the total, including 560,000 Chinese vessels, down from over a million in 2013. Both the EU and China have reduced their fishing fleets.

There were 2.5 million motorized and 1.5 million non-motorized fishing boats in 2020 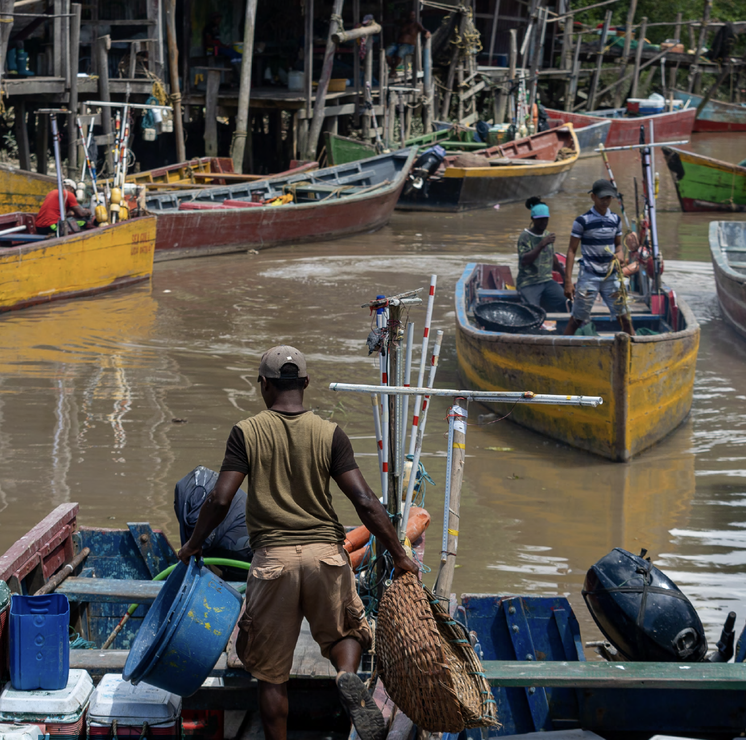 Aquaculture produces half of the world’s fish and seafood, and most of the inland fish 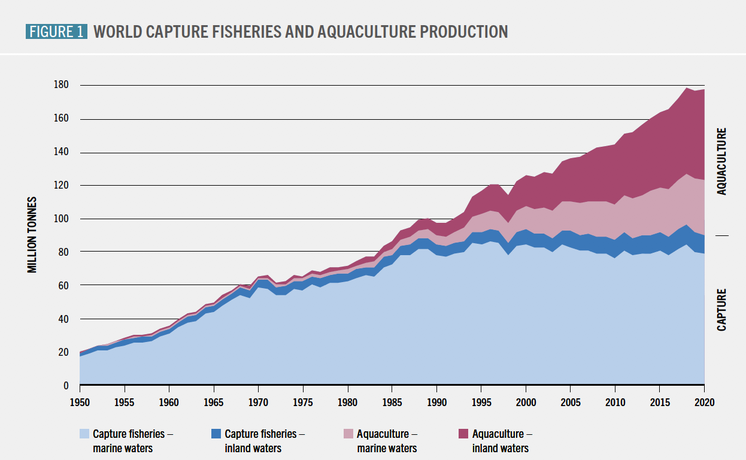 A group of 11 NGOs organized into the Financial Transparency Coalition released a report in October 2022 that concluded illegal, unreported, and unregulated (IUU) fishing costs $25 billion a year, as IUU vessels account for up to 20 percent of the global fisheries catch. One hotbed for IUU fishing with foreign distant water fishing (DWF) fleets from China and other countries is the West Coast of Africa; eight of the top 10 IUU fishing fleets are Chinese.

FAO. 2022. The State of World Fisheries and Aquaculture

The FAO aims for sustainable fishing 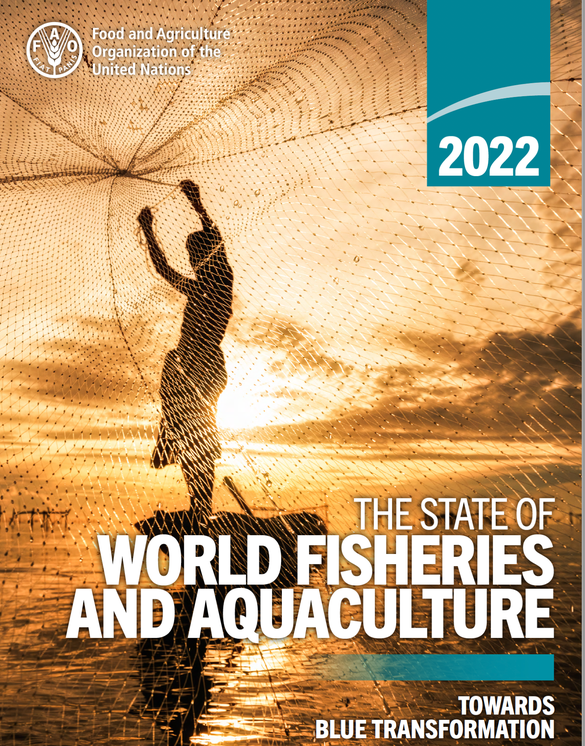