The IFPP commissioned a study that estimated some 1.1 million US jobs were linked to the US fresh produce industry in 2021. The Specialty Crops Competitiveness Act of 2004 defines specialty crops as fruits and vegetables, tree nuts, dried fruits, and horticulture and nursery crops, including floriculture. The IFPP included these farm commodities and the industries that distribute them to consumers.

Agriculture is divided by the NAICS into 30+ subsectors. In 2020, five of these sectors accounted for three-fourths of total UI-covered farm wages paid of $50 billion. Crop support includes FLCs but provides no information on the commodity where FLC employees are employed. Direct-hire fruit and nut, vegetable and melon, greenhouse and nursery, and dairy employment include only workers hired directly by farm operators in these NAICS codes. 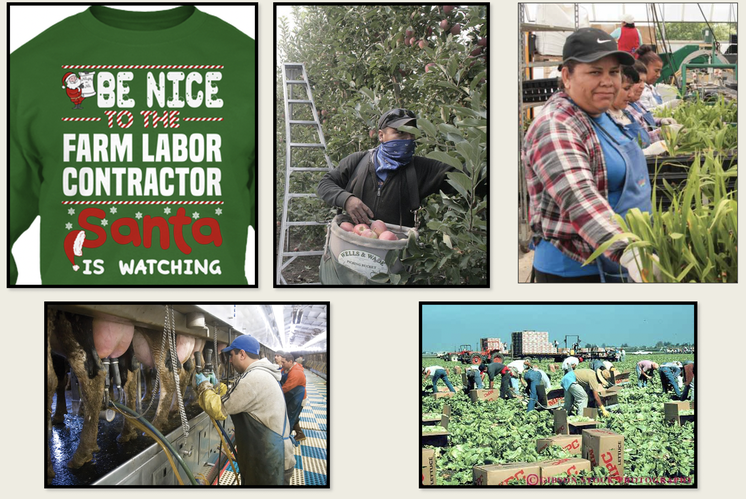 Farm labor contractors employ more workers than any of the other Big 5; their average employment across the US was 172,000 in 2020. UI-covered crop employment averaged 900,000, including an average 550,000 workers who were hired directly and an average 350,000 who were brought to farms by crop support employers. Since UI-covered employment includes only 80 percent of crop employment, total employment on crop farms averaged 1.1 million, and over two million unique workers were employed on crop farms due to seasonality and turnover. 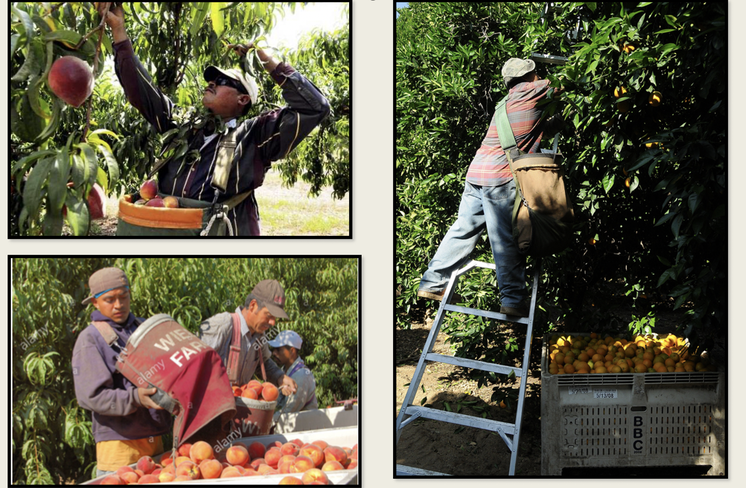 The fresh produce commodity with the most direct-hire workers is apples, where average employment in 2020 was 33,000 or 20 percent of the average 165,000 workers who were hired directly by US fruit and nut farms. There were more unique workers employed on apple farms, perhaps 100,000, when accounting for seasonality and turnover and workers who were brought to apple farms by FLCs.

US apples had the highest average employment among commodities at 33,000 in 2020 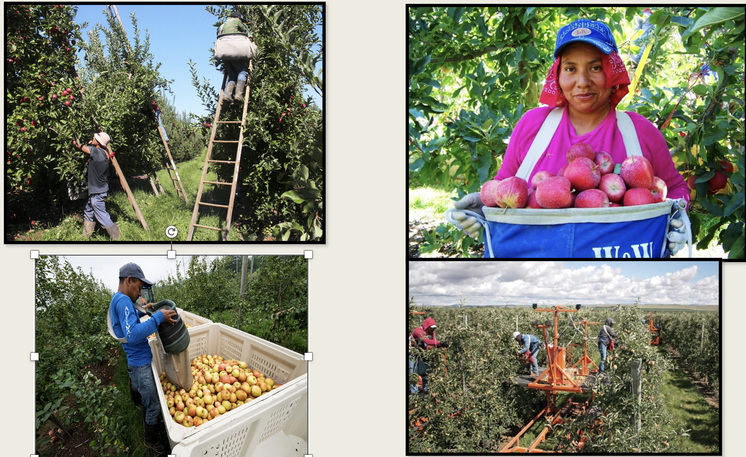 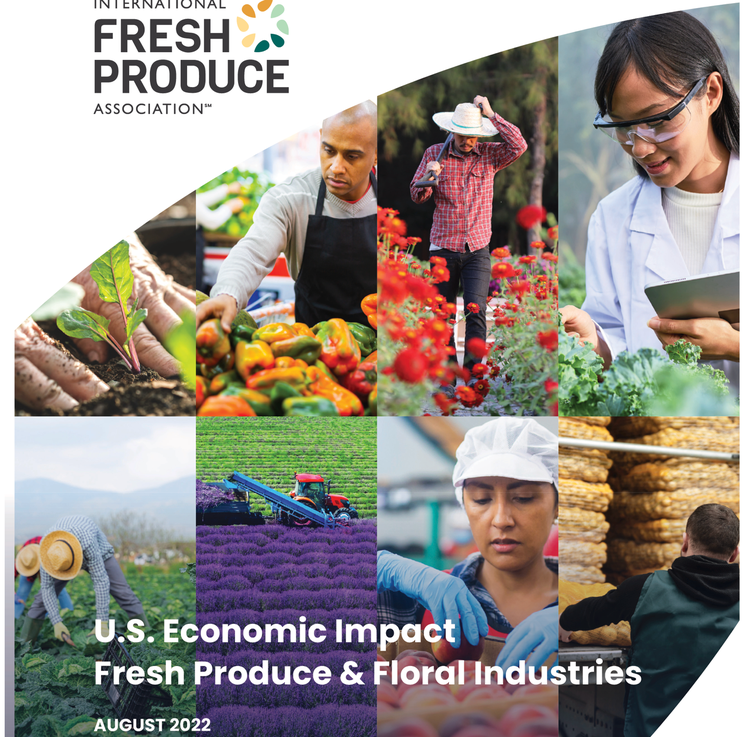