Controlled Environment Agriculture (CEA) involves growing plants under protective structures that shield them from weather and pests. CEA raises yields, reduces water requirements, and facilitates organic production. Many CEA operations are located in urban areas near consumers. Data on CEA workforces are sparse, but US CEA farms may employ a smaller share of the unauthorized Mexican-born workers who dominate in open field agriculture.

CEA growers can control the speed at which crops mature by adjusting light, water, and other inputs. CEA has higher upfront costs due to the need to construct facilities and higher energy costs than open field production, but some of these higher costs may be offset by lower labor costs per unit of production because of higher CEA yields and lower transport costs to consumers.

Advances in horticulture have developed plant varieties that thrive in CEA facilities, the declining costs of electronics and robotics help to reduce labor costs, and low-cost capital has fueled the rapid expansion of CEA. Many CEA farms use substrate or other non-soil platforms to support plants, and deliver water and fertilizer via drip irrigation systems to each plant. There may be a shake out of CEA startups as interest rates rise and firms fail to reduce costs quickly.

Producing lettuce in a CEA facility 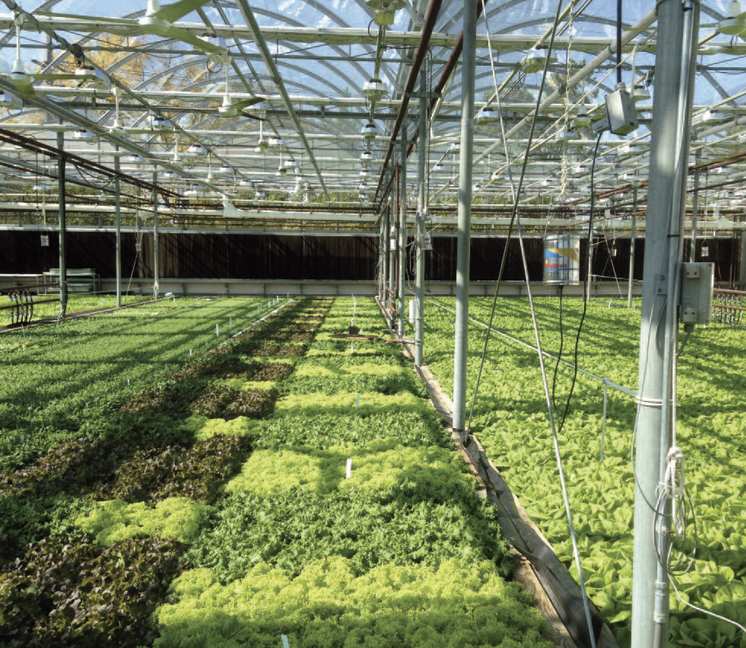 Facilities. CEA facilities range from simple shade structures and plastic-covered hoop houses to greenhouses and fully indoor or vertical farms. Photosynthesis requires light, and many CEA facilities use solar light during daytime and artificial light at other times. Growers measure the daily light integral or the quantity of photosynthetic light that plants receive in a day, and most aim to have at least 17 moles of photosynthetically active radiation per square meter to produce leafy greens such as lettuce from seeds in less than 50 days. Most growers use LED lights to augment or replace sunshine.

Greenhouses are the most familiar CEA facilities, and the Netherlands and Israel are global leaders in developing new greenhouse technologies. The Netherlands had about 35 square miles or 22,200 acres under glass in 2019 to produce fruits, vegetables, and flowers. Almost 60 percent of Dutch greenhouse acreage is devoted to vegetables, led by tomatoes, sweet peppers, and cucumbers. Israel has over 7,000 acres of greenhouses that produce a variety of fruits, vegetables, and flowers, many of which are exported.

Leading CEA firms include Mastronardi (Sunset brand) with 300-owned CEA acres and marketing arrangements with an additional 4,000 CEA acres, and Mucci Farms, with 1,500 CEA acres in Canada and the US; Mastronardi is also the largest importer of fresh tomatoes from Mexico. Windset Farms, which began as a four-acre bell pepper greenhouse in British Columbia in 1996, has over 1,000 acres of CEA in BC, CA, and Mexico producing tomatoes, peppers, cucumbers, and lettuce. Windset is known for selling snacking tomatoes and other produce.

Cherry tomatoes in a CEA structure 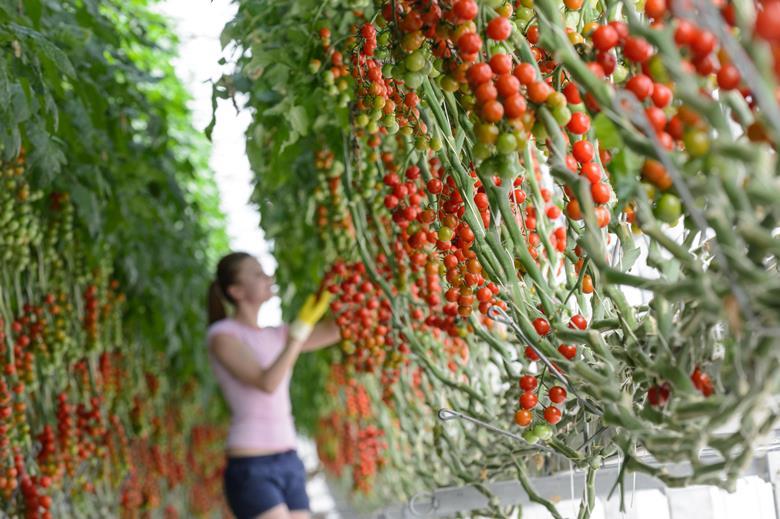 Plenty, a firm based in South San Francisco, operates a 95,000 square foot indoor farm in Compton, California that uses vertical plant towers, LED lighting and robots to grow fruits and vegetables. Plenty raised $400 million from investors in January 2021, and announced plans in 2022 to open several indoor vertical farms on 120 acres of land near Richmond, VA to produce strawberries, leafy greens, and tomatoes. 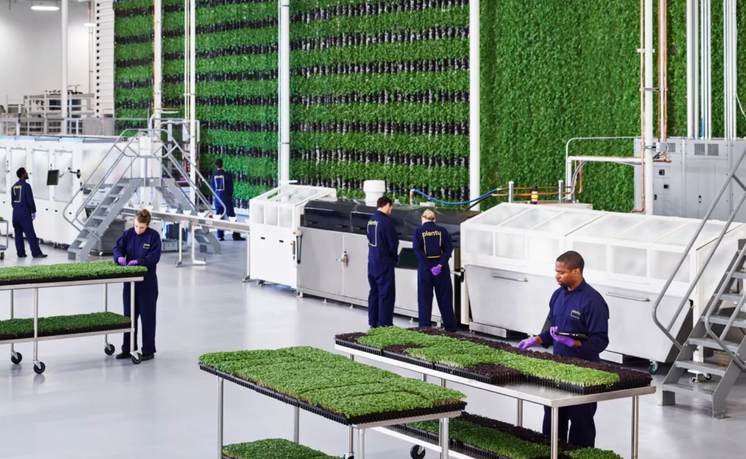 Other CEA startups including AppHarvest and Gotham Greens, which are expanding production to reduce the cost of producing tomatoes, leafy greens and other short-season vegetables. Total sales from US CEA facilities are projected to grow from $3 billion in 2021 to $10 billion by 2026.

Investment in US CEA is rising rapidly

There may be a shakeout of publicly traded CEA firms. Morehead, KY-based AppHarvest, which spent over $640 million raised from investors since 2018, reported $35 million in cash in fall 2022, far less than the $100 million required to fund its operations over the next year. AppHarvest revised its projected sales for 2022 from $30 million to $15 million, and reported a loss of over $80 million on sales of $10 million for the first nine months of 2022.

AppHarvest employs 700 workers at indoor farms in Morehead, Berea and Somerset, KY. Its stock opened at $30 in 2021 and was worth $1 at the end of 2022. Some investors are suing, accusing AppHarvest of fraud after AppHarvest acknowledged that many of the greenhouse tomatoes it provided to Mastronardi for marketing did not meet USDA grade 1 standards. 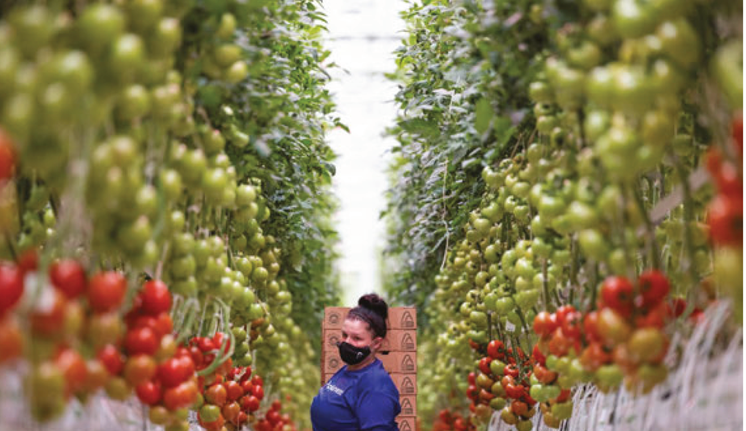 Commodities. The most valuable commodity produced in CEA is tomatoes, followed by berries and other vegetables. Herbs, cannabis, and flowers are also produced in CEA facilities. Alexander reported that a third of the fresh tomatoes sold in the US in 2021 were grown indoors, including all of the tomatoes served by Wendy’s.

Labor. Most CEA facilities are located in urban areas near consumers and require a more skilled workforce than open-field production. Surveys of workers employed in Mexican CEA facilities that export fresh fruits and vegetables to the US find that the workforce is mostly local, an average 32 years old and with eight years of schooling, and half female. The US hired farm workforce is 70 percent Mexican-born, but a decade older, more male, and less educated than the Mexican workers employed in Mexican export agriculture. 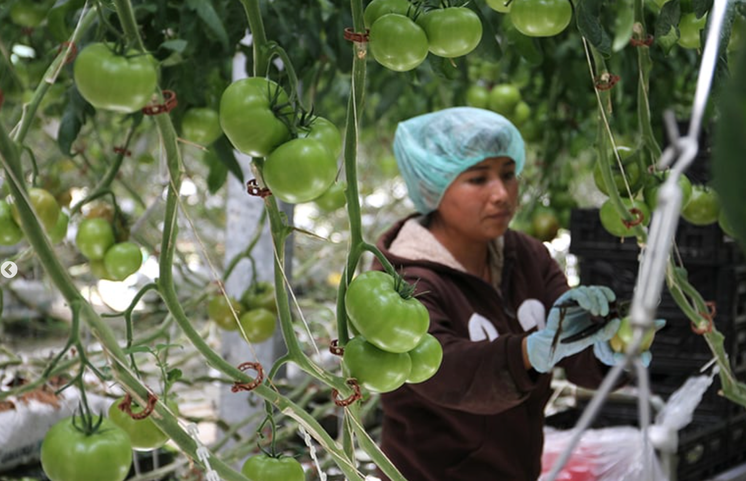 US CEA facilities often promise to create jobs for workers in lagging urban areas or poor rural areas. This means that local workforces may have little experience doing farm work. On the one hand, this allows CEA farms to attract potential workers to high-tech agriculture, but it is not yet clear whether CEA farms can avoid the high turnover that characterizes field workforces.

Perspective. Some believe that CEA is destined to produce an ever higher share of short-season vegetables, noting that higher upfront costs in CEA structures can be offset by higher yields of safe and organic produce using less water and fewer pesticides. Proponents say that higher quality, consistency of supply, and food safety compensate for the higher investment and energy costs of CEA production.

Yields and costs are higher for CEA produce

Critics include many established farmers who emphasize that the lower cost of farm land and free sunshine make it hard for CEA to compete with open field production, except for high-value and short season commodities such as leafy greens, tomatoes, and herbs. Commodities such as melons are likely to continue to be produced in open fields, as are tree fruits ranging from apples to peaches.