Direct-hire labor hours reported by farmers by quarter in 2018 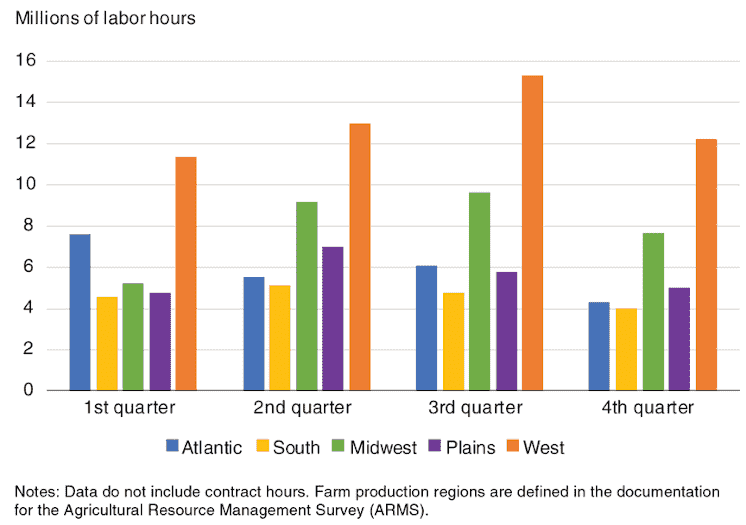 USDA’s ARMS survey obtains data on the hours worked by farmers and their unpaid family members as well as workers farmers hire directly. In 2018, some 38 percent of hours worked were contributed by hired workers, a share that is too low because the ARMS does not include workers brought to farms by contractors. The ARMS divides the US into five regions. A third of direct-hire hours were in the west. Direct-hire labor is most important in the second and third quarters of the year.